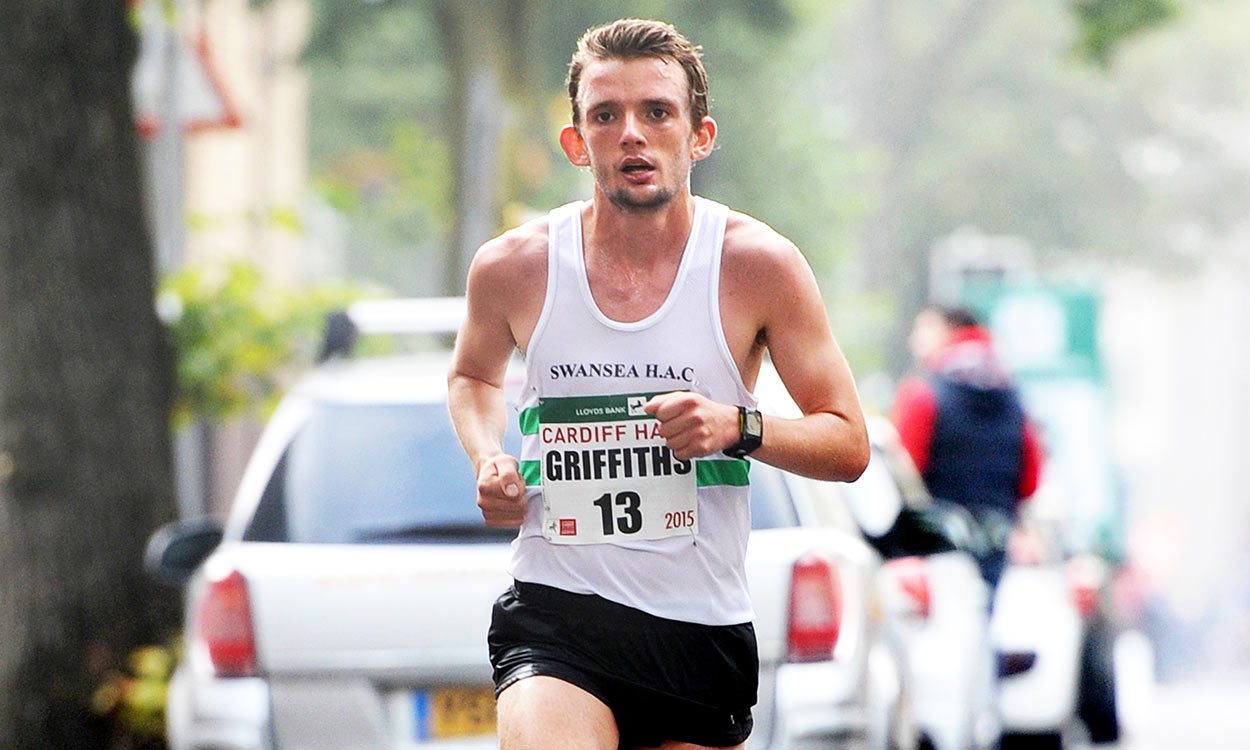 Dewi Griffiths has run a series of personal bests on the roads this month and the Welshman hopes to continue that fine form when he returns to race on home soil at the Cardiff University/Cardiff Half Marathon on Sunday (October 1).

The 26-year-old clocked 28:47 to win the Cardiff 10K before running 62:53 for seventh at the Simplyhealth Great North Run and then a UK-leading 28:27 for the runner-up spot at the Admiral Swansea Bay 10K last Sunday.

That followed track PBs over 3000m, 5000m and 10,000m during the summer as Griffiths works towards his target of competing in both the 5000m and 10,000m at the Gold Coast Commonwealth Games next April and also decides whether to step up to the marathon.

“I’m hoping for another personal best this weekend – that’s what I’ll be going for,” said Griffiths.

“I’m running fast times and I’ve been progressing well, so why not? We’ll see what happens.

“This is my fifth year running the Cardiff Half and it’s been massive for me, I can measure myself against some of the best runners in the world.”

Also looking ahead to this year’s event, which is set to see 25,000 runners take on the 13.1-mile course through Cardiff’s city centre, was former marathon world record-holder Steve Jones. Still holder of the UK record with his 2:07:13 run in 1985, Jones believes it won’t be long before that mark is beaten and anticipates an exciting contest between the Welsh runners this weekend.

“Dewi has progressed every year, he’s been running really well and will be in the mix on Sunday,” said Jones.

“He’s been clocking some fast times and he’s a star in his own right.

“I’m sure my British marathon record will go soon, and soon people will be asking, ‘Steve who?’

“Dewi, along with Josh Griffiths and Andy Davies, are putting Wales on the running map and they should have a great battle on Sunday.”

While Kimining returns in the men’s race, Violah Jepchumba will also be back in Cardiff to defend her women’s title.

Fresh from running a Bahraini half-marathon record of 66:06, she will go up against Kenya’s Edith Chelimo and Beatrice Mutai. Welsh duo Caryl Jones and Elinor Kirk are in action along with fellow Brits Michelle Ross-Cope, Emma Stepto and Jenny Nesbitt.