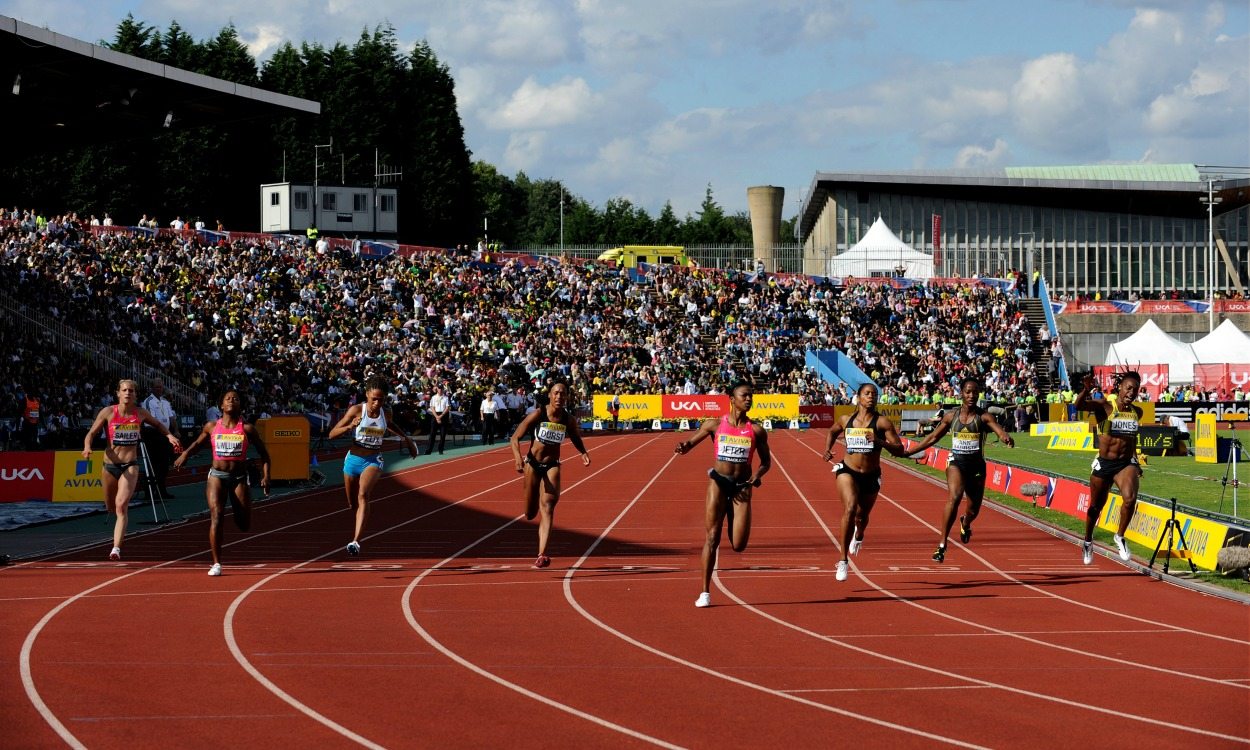 The recent regeneration of Crystal Palace has stalled amid renewed fears that the historic venue may be demolished. The outdoor athletics stadium looks relatively safe but a ‘regeneration plan’ has placed more emphasis on recreation as opposed to competitive sport and the National Sports Centre indoor facility, which houses an undercover sprints straight, has been earmarked to be knocked down.

AW was delighted to  report back in the winter  that refurbishment work was underway to get the venue up to scratch for a series of open meetings, plus the recent South of England Championships and upcoming England Athletics Under-17/15 Championships.

This has been well received by athletes and coaches who use the south-east London facilities but progress has stalled with Bromley Council announcing a ‘regeneration plan’ that focuses on improving community spaces and creating more fetes and festivals.

There are also proposals to build a new skate park and café but elite sport is not at the forefront of plans despite the venue’s rich history of staging national athletics championships and televised grands prix, not to mention events and training get-togethers for other sports.

John Powell, chair of  the Crystal Palace Sports Partnership and a coach at the venue for the last 40-plus years, says: “Ill-informed decisions could be made which might affect athletes for generations to come.”

Powell adds that the venue should have a multi-sport theme and that no athletics arena in the country has better transport links.

“The Crystal Palace Sports Partnership has always been about having an integrated solution for the whole shebang,” he explains.

“It’s a no-brainer to me. It  is the most accessible track and field venue in England by a country mile. There are 13 bus routes that stop on its doorstep. It has train and tram links. It  is in one of the most densely populated areas of the country.

“But pounds, shillings and pence might end up ruling the roost and I fear the powers that be will take the easy option.

“We saw what happened with the Don Valley Stadium. The people in Sheffield lost a great venue and there’s a danger the same could happen here in London.”

The next open meeting at Crystal Palace is Monday July 3. Elsewhere the arena stages a senior and junior parkrun every week and is used by South London Harriers, Bromley Primary Schools Cross Country Association and the South of England Athletics Association, among others.

Back in 2007 a masterplan was created for Crystal Palace Park which put elite sport moreso at the centre of the plans. It enjoyed widespread consultation but was not implemented.

Now, Bromley Council say their current regeneration plan has been based on the 2007 ideas but modified because the £70 million needed for the decade-old proposals is not available.

They have also carried out pop-up events, temporary exhibitions next to Crystal Palace train station and last month staged a two-day public exhibition to outline their ideas.

Bromley Council says: “Over the past year we have been reviewing and refining ideas, consulting with the community and developing a recommended plan that will support a restored and vibrant park.”

Francis Bernstein, co-secretary of the Crystal Palace Sports Partnership, believes the “missing ingredient” is a feasibility study which he believes no one wants to pay  to do.

He adds: “An updated plan has been done but not with the same level of consultation this time.”

It is not all bad, though, as he adds: “The Greater London Authority has given good support in recent months. Full credit to them for getting the centre into use during this period of uncertainty.”

The GLA also has the  final say on whether Bromley Council’s plans will be given the green light and if the indoor track and training facility will survive.