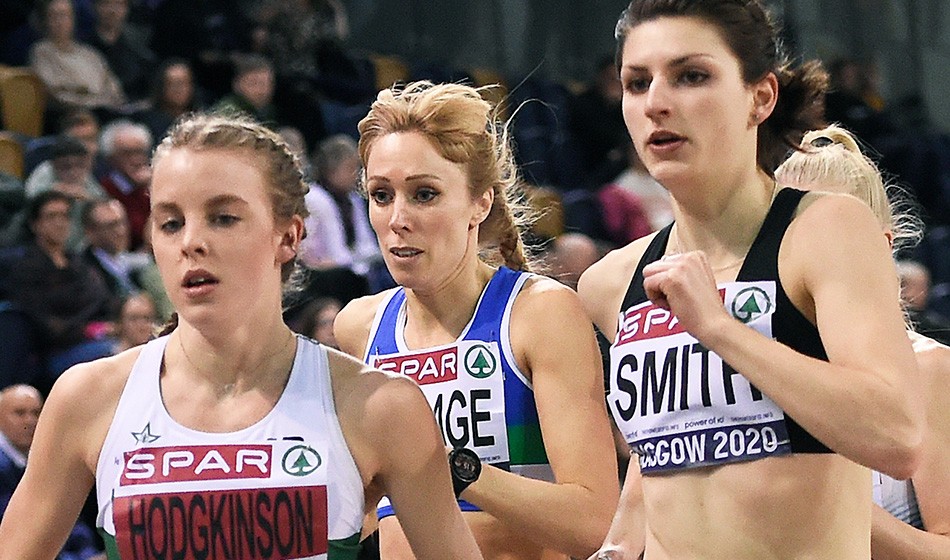 There will be no national indoor championships in the UK for the first time since 1961 following the cancellation of the 2021 event, which was due to take place in Glasgow on February 20-21.

Following press speculation overnight, UK Athletics officially announced that the event was off on Friday morning (January 22) – just four weeks before the meeting was set to take place.

Entries had been rolling in during recent days, too, with athletes such as pole vaulter Holly Bradshaw, long jumper Jazmin Sawyers, sprinter Harry Aikines-Aryeetey, distance runner Andy Butchart and 800m runners Kyle Langford and Keely Hodgkinson among a number of names who had accepted invitations.

Now they will have to seek qualifying opportunities at other meetings elsewhere if they have ambitions of competing at the European Indoor Championships in Torun on March 5-7. Some of these competitions could be held in the UK too as ‘micro meetings’ with a small number of athletes and officials, potentially on the same weekend as the ill-fated British Indoor Championships.

UKA said: “The decision was taken in light of the ongoing pandemic to ensure the safety of all those due to participate; athletes, coaches, technical officials, volunteers, event and venue staff as well as protecting the Glasgow community. At the present time, the process of testing all those attending the Championships from across the UK, seen as an essential measure, would not sufficiently mitigate the risks.

“British Athletics recognises our wider social responsibility to reduce Covid-19 transmission and to not over-burden the NHS. Whilst elite sport has been granted the privilege of an exemption to enable training and competition to continue, the logistics of safely staging a national championships comprising approximately 500+ attendees based across the UK and overseas need to be balanced with the risks to those involved, the local community, and the current medical climate.

“Therefore, alternative provision that enables smaller, Covid-19-compliant event qualification opportunities is being explored and will be confirmed to eligible athletes by British Athletics in due course.”

The British Indoor Championships has been held continuously every year since 1962. It has its origins in the 1930s when it was held at Wembley for five years but World War Two led to the event vanishing from the calendar and it did not return until 1962, when Wembley again held the meeting.

It then moved to Cosford near Wolverhampton for a long spell from 1965-1991 before moving to venues such as Birmingham, Cardiff, Sheffield and Glasgow.