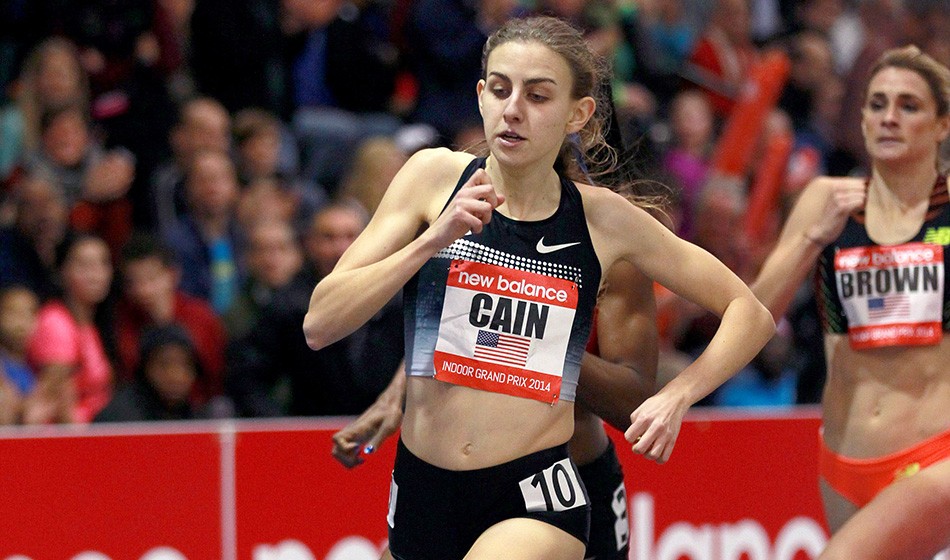 A shocked athletics world has reacted with alarm at the accusations from Mary Cain that she suffered multiple bone fractures, three years of missed periods and suicidal thoughts after being pressured to lose weight when she was training with the Nike Oregon Project.

A teenage running prodigy, Cain set US high school records from 800m to 5000m, represented the United States at the 2013 World Championships aged just 17 and the following year won the world junior 3000m title. Her high school 1500m record of 4:04.62, for example, was 10 seconds faster than the next best US high school runner in history.

She was coached by Alberto Salazar at the Nike Oregon Project during that period but left in 2016 and now, in a video produced by the New York Times, she has launched a stinging criticism of Salazar and the NOP.

“I was emotionally and physically abused by a system designed by Alberto and endorsed by Nike,” she says, adding that self-harm and suicidal thoughts were caused by pressure from Salazar to lose weight in order to run faster.

Cain says she missed her period for three years and broke five bones as her health deteriorated. It has led a number of big-name athletes to come out in her support.

Allyson Felix, the sprints legend who criticised Nike for failing to support her when she gave birth to her first child, said: “This is heart breaking.”

Thank you for speaking your truth Mary. This is heartbreaking. Thank you @lindsaycrouse for continuing to share these powerful & important stories. https://t.co/cIFs8UNB1x

Shalane Flanagan, the 2017 New York City Marathon winner and a recently-retired athlete with the Nike Bowerman Track Club in Oregon, tweeted: “I had no idea it was this bad. I’m so sorry @runmarycain that I never reached out to you when I saw you struggling. I made excuses to myself as to why I should mind my own business. We let you down. I will never turn my head again.”

Lauren Fleshman, a former US 5000m champion and Oregon-based athlete, said: “What happened to Mary Cain was worse than I feared. This story is familiar to thousands of girls and young women in sports. It has to STOP. Thank you for your bravery Mary.”

British distance runner Jess Judd added: “Such a brave thing to do, thank you Mary for sharing your story. We owe a lot to strong powerful women like @runmarycain and @karagoucher for telling their stories to give us faith that things can change for the better in the future.”

Such a brave thing to do, thank you Mary for sharing your story.
We owe a lot to strong powerful women like @runmarycain and @karagoucher for telling their stories to give us faith that things can change for the better in the future. https://t.co/zMkogYRQei

Lee Troop, one of Australia’s best known distance runners, said: “This is absolutely terrible! To all of you that were in the inner sanctum of NOP & turned a blind eye to this abuse, #screwyou! To all of you who continue to defend #Salazar, a double screw you!! As a father, listening to this, it’s heartbreaking.”

In her video, Cain, who is now 23, said: “Alberto was constantly trying to get me to lose weight. He created an arbitrary number of 114lb and would usually weigh me in front of my team-mates and publicly shame if I wasn’t hitting weight.

“He wanted to give me birth control pills and diuretics to lose weight — the latter of which isn’t allowed in track and field. I ran terrible during this time.

“We reached a point where I was on the starting line and I’d lost the race before I started because in my head all I was thinking of was not the time I was trying to hit but the number on the scale I saw earlier that day.”

In 2013, at the height of her best performances and the ‘Cain-mania’ as it was known at the time, AW ran an article headlined “handle with care” along with quotes from Salazar, who said: “She’s got a lot of talent and my job is to make sure that talent is fulfilled. I didn’t make Mary Cain. She was already made. My job is to keep her healthy and allow her to continue to improve.”

Salazar denies some of Cain’s claims in her New York Times video and says he supported her health and welfare.