Aries Merritt is putting the pain behind him 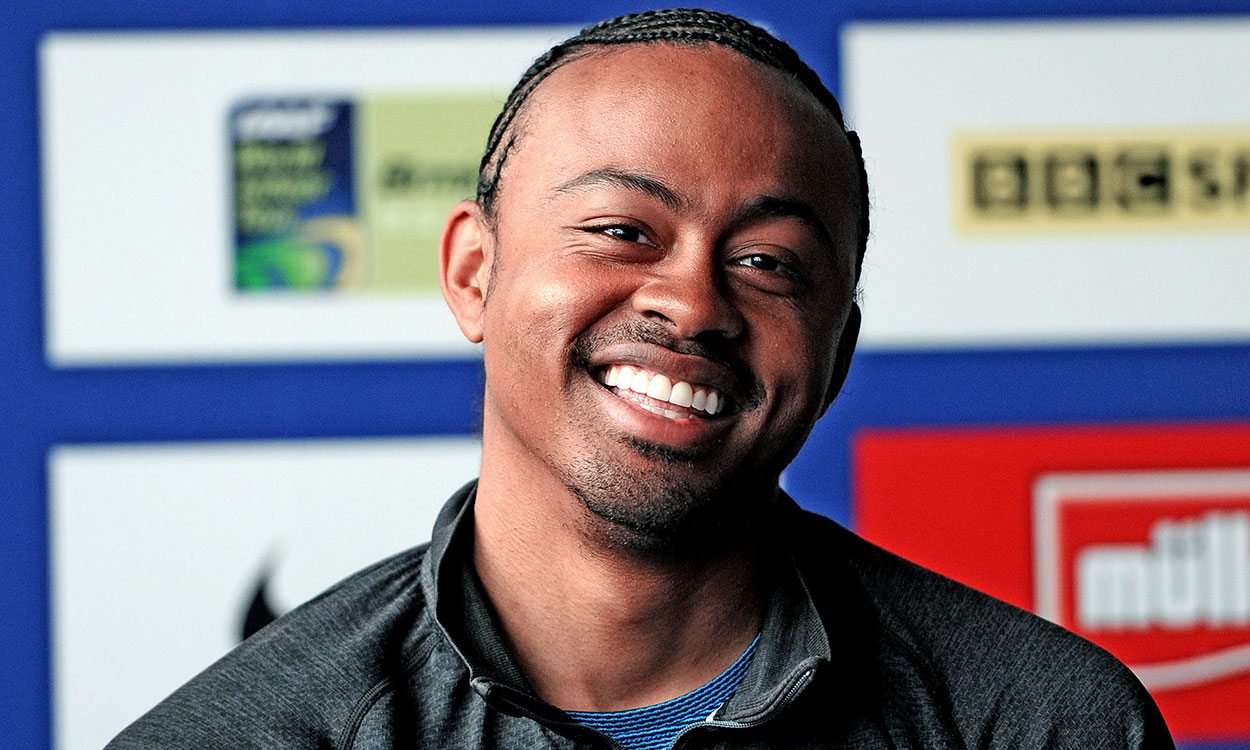 Aries Merritt is hoping for a strong performance at the Müller Indoor Grand Prix this weekend to further cement his remarkable comeback from major surgery.

After winning Olympic gold at the London Games in 2012 and breaking the world 110m hurdles record less than a month later, the American was told his athletics career could be over as he was diagnosed with kidney disease.

Just four days after claiming bronze at the 2015 IAAF World Championships in Beijing, Merritt had a kidney transplant. He was back competing indoors a few months later.

Since then, race by race, the 31-year-old has been hurdling his way back to being “the Aries that you’re used to seeing”.

“I’m very well now, my training is going great,” he says. “My health is better than it has been the last three or so years.

“There was a lot of pain that went into running last year because the trail knee would always hit the incision area,” adds Merritt, who still managed to clock 7.58 for 60m hurdles and 13.22 for 110m hurdles in 2016. “Last year I struggled with a lot of pain and discomfort. That’s all behind me now.”

Having run 7.63 so far this year, Merritt next competes in Birmingham on Saturday, with next month’s USATF Indoor Track & Field Championships also forming part of his indoor plans.

Merritt was disappointed not to make the US team for the Rio Olympics but, on reflection, he adds: “Me not making the team really opened my eyes and showed me that ‘look, you’re human, you need to take a break and recover and then get back out there once you’re ready’.”

Looking to the outdoor season, the IAAF World Championships in London – the city where he enjoyed such success five years ago – is a huge motivation, as is continuing to inspire even more people with his journey.

“The motto of the 2012 Olympic Games was ‘inspire a generation’ and I feel I have played my part in that.

“My performance this training block has been light years better than where I was at this point last year because I couldn’t do anything at all.

“I need to get to the USA outdoor nationals and then boom, hopefully I’ll see explosions happen and I’ll run really fast and you guys will see the Aries that you’re used to seeing. That’s what I’m hoping for.”