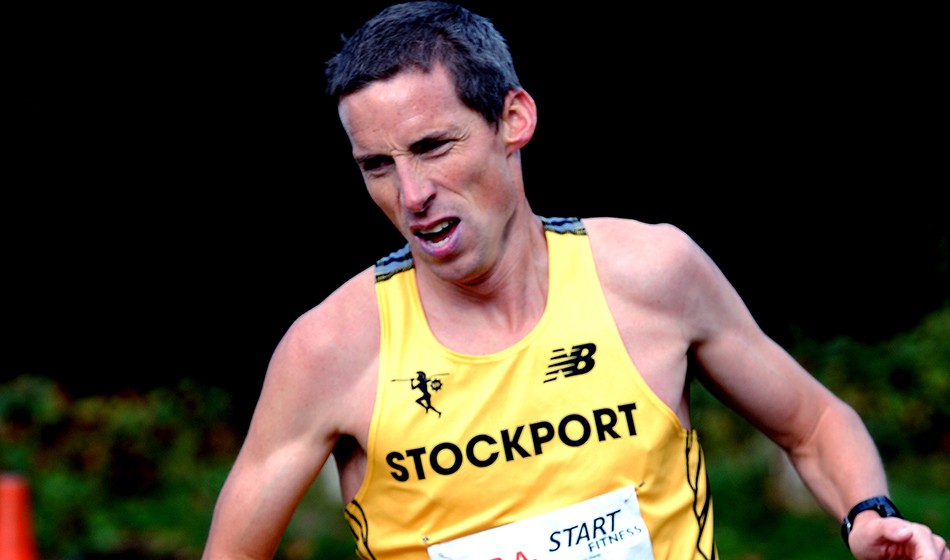 After breaking the British M40 marathon record in Valencia this month, Andrew Davies plans to spend next year enjoying off-road races before returning to the roads to try to qualify for the Commonwealth Games in Birmingham in 2022.

“We’ve planned it for quite a few years ago now and Valencia seemed potentially to be the first good one to do shortly after I turned 40,” says Davies, who also knocked more than half a minute off his PB. “I heard good feedback about it from other runners who said it was a fantastic marathon so I’ve been eyeing it up for quite a while.”

He added: “It was a pretty tough ask. I was at the Commonwealth Games when Steve Way broke the record so it’s quite nice that I know him quite well.

Davies was paced by Jonny Mellor in Valencia and was also able to chase fellow Welshman Charlie Hulson, who clocked 2:14:22 on his marathon debut.

Well, what a weekend! A new pb of 2:14:36. Massive thanks to @maratonvalencia for organising! Also a big shout out @newbalanceuk @teamnbmcr and a high 5 to @j77nyy for pacing me. Such a selfless task. 👍 Also got to meet Sophie Raworth too! Thank you all who made it a good weekend! @stevevernonrun

So what are Davies’ secrets of running so well aged 40? “I think I’m quite lucky in terms of injuries,” he explains. “I don’t do anything stupid in terms of mileage. If I have a cold or illness then we’re sensible and take it easy. I eat healthy and sleep a lot and have regular massage – all the usual stuff really. I think it’s all just come together, and it’s been a case of ticking over and doing the right things.”

Davies is based in mid-Wales and puts in some of his training miles with his dog as he does his long runs around Lake Vyrnwy on the edge of Snowdonia. He works four days a week as a college lecturer but has enjoyed Monday off as an easy day and also Thursday afternoons, in order to do a hard marathon session in recent months.

As for plans for 2020, Davies, who is coached by Steve Vernon, says: “Doing a marathon build-up twice a year is quite draining. I’m hoping to do a bit more trail running, especially during the early part of next year and will get back into the mountains where I belong.”

He adds: “I’d like to get the vet 40 record for a few other distances too – although some of the records are quite outstanding. I’d like to do Armagh (5km) in February for example, to try to get into the top few masters for that distance. When it comes to masters records, the marathon has been the ultimate one to get, though.”

Beyond this, the Commonwealth Games beckons. “Hopefully I can get to Birmingham in 2022 – that’s the long-term plan anyway, but before then I’m going to have a bit of fun in the mountains next year.”