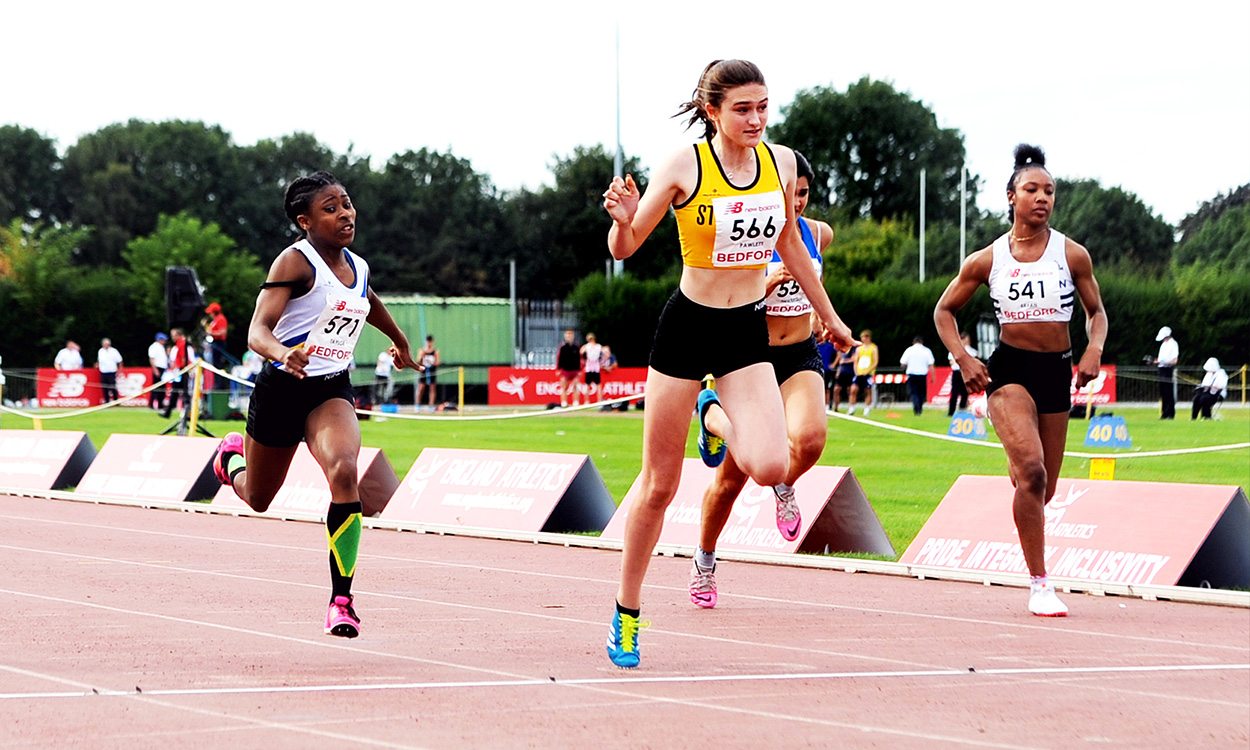 After winning English Schools and SIAB Schools pentathlon titles last year, 15-year-old Abi Pawlett hopes to step up to under-17 level in style in 2018 and gain another opportunity to represent England.

Her international title in Glasgow in November capped off a sensational year, which also saw the Stockport Harrier win the England Athletics 100m and hexathlon titles, along with English Schools 75m hurdles silver.

“My first national medal came in February when I won the national indoor 60m hurdles gold,” says Abi. “This was amazing as I had been third-fastest going into the competition and I came out of it with a top five of all-time British runs with 8.86 and my first national gold.”

Another special moment came outdoors, when Abi was able to stand on the national podium alongside her training partners.

“I won the national hexathlon, which felt incredible, as it was a long, hard weekend,” she recalls.

“Everything came together, not just for me but for my training partners Emily and Daisy, as well as for our coach, Joe, who managed a national top three.”

Although firmly committed to combined events, Abi particularly enjoyed racing over 100m – and winning – at the England Athletics Championships.

“This was unexpected, as I hardly get any chances to race 100m, because I’m so focused on improving my pentathlon events,” she says. “I decided to enter the 100m as a break from multi events and to get my legs moving for the hurdles the following day. I thought there was no chance of winning, and I remember joking with my mum the night before in our hotel room ‘imagine if I won tomorrow, how funny would that be?’

“But I won and ran a personal best every round,” she adds. “I remember during the final, I was level with them all at about halfway and, with the latter stages of the race being my strongest, thinking ‘I can actually win this’.”

Despite her sprinting and hurdles success, Abi wants to continue training for all disciplines. “Otherwise, I would get bored only focusing on one or two events. Multi events keeps me busy all the time and I am always training hard in each of the events,” she explains.

So it’s no surprise that Abi names Jess Ennis-Hill as her idol, having been inspired after watching her strike gold in the London Olympics in 2012.

“I also really look up to the American hurdler Kendra Harrison because of her determination, like when she broke the world record after not making it on to the Olympic team,” she adds.

Abi is quick to credit her coach, Joe Frost, and her mum who drives her to training and competitions. It is clear the respect is mutual, as Frost reveals of his young charge: “I never have to motivate Abi, as she is driven internally and also by having such a strong group around her, who all push each other on.

“Abi is a real competitor and really thrives in the competitive environment. I’m excited to see her make the step up to under-17 this year.”