It’s a rare breed of athlete that can succeed at the top level at both 400m and 800m, but Samuel Reardon has done just that this year. At the World Indoor Championships in Belgrade, he was the youngest member of the Great Britain team when, aged 18, he ran as part of the 4x400m relay side. He then finished fifth over 800m at the World Under-20 Championships in Cali, Colombia, during the summer.

A prolific racer, with 34 competitions under his belt this year, he credits the National Athletics League for a lot of his development.

“It’s been a great opportunity to do multiple events on the same day – for example the 800m, 400m and 4x400m relay – which I think has helped me massively trying to go through rounds. Having that experience of running multiple races in a day gave me that edge over some people who didn’t have that opportunity,” he says.

How did you get into athletics?

When I was younger I ran in the school cross country with all the primary schools in Bromley at Crystal Palace – the same event that Dina Asher-Smith did when she got into it. I won it a few times and it was there I found my love for running. It was also there that the “Bees”, which is the junior athletics section of Blackheath, got in touch, so I went down to the track and that’s where I fell in love with it.

I just naturally progressed to the four and eight. As cross-country distances got longer and longer, I just found myself going to shorter and shorter distances [on the track]. Out of the two, I do prefer the 800m because I like the tactical sense behind it. With the 400m you’re racing in lanes and you’re by yourself whereas, in the 800m, it’s more physical, so I think that will be my main focus.

I also think, though, that they both go hand in hand really well and the training really works. With the 400m there’s the opportunity of running in a relay team as well, which I love. I’ll keep both doors open but the 800m is my favourite event. 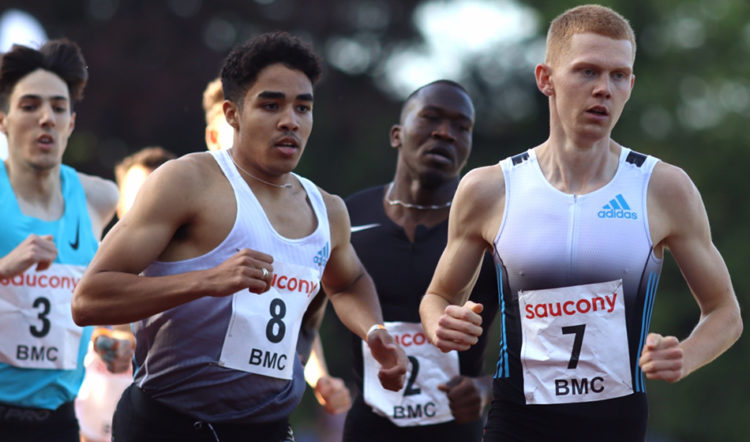 Will the amazing level of 800m running in Britain be a factor in your choice of event?

Obviously 800m running in Britain is very, very good at the moment, but I think 400m running is also getting there, with the likes of Alex Haydock-Wilson, Charlie Dobson, Ed Faulds and obviously Matthew Hudson-Smith. I think both events are progressing very well. Both doors will still be open.

Did you expect to make the World Indoors team?

I wasn’t planning on doing an indoor season at all but my winter season didn’t go too well with a few injuries. Mentally I found it quite exhausting, so my coach and me decided to do an indoor season because it gave me something to aim for. We were only really aiming for the UK indoor champs as the main goal. It was only when I won my heat that I thought I could potentially run my way into the relay squad for the World Indoors. 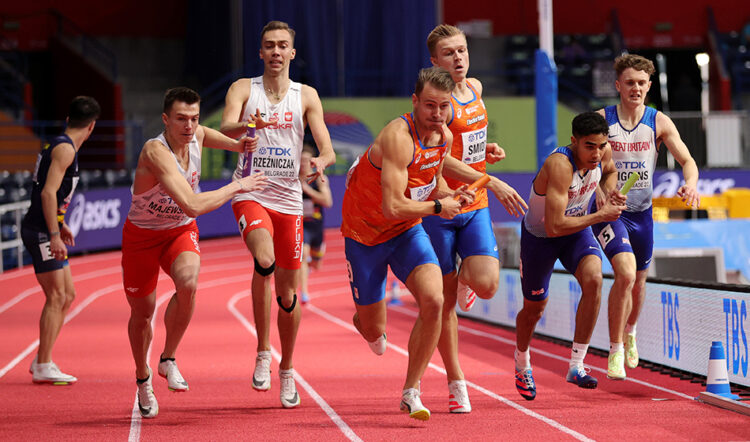 Sam Reardon at the World Indoors

Do you prefer time trial-type competition or classic racing?

I found that, in the 400m at the Kingston National Athletics League [NAL], I wasn’t feeling my best but, in a race format, trying to get points for my team, I ran a PB. I definitely value racing more than time trials. Obviously time trials are important as well and that’s how I got my World U20 standard [for 800m] but I think racing at NALs also gives you experience of tactics, which is so important in 800m running.

Who have been your biggest supporters?

My family and my coach, Nigel [Stickings]. He’s always believed in me. Even when I question it, he has always said everything is possible. My family have never stopped believing in me, either.

What has been your greatest achievement?

I would probably say making the GB senior team at 18. The experience I gained from that and the knowledge of how people conduct themselves at these senior championships, it was great. What did you learn from your World U20 Champs experience?

It was more the fact that nothing is smooth sailing in international competition. It’s about adapting. I feel, for the most part, that I did adapt well. I maybe got a few tactics wrong in the final. That’s just a learning curve.

And, finally, what is the ultimate dream?

I want to make an Olympics, I want to medal at all the major championships. It’s every athlete’s dream, but that’s the goal.