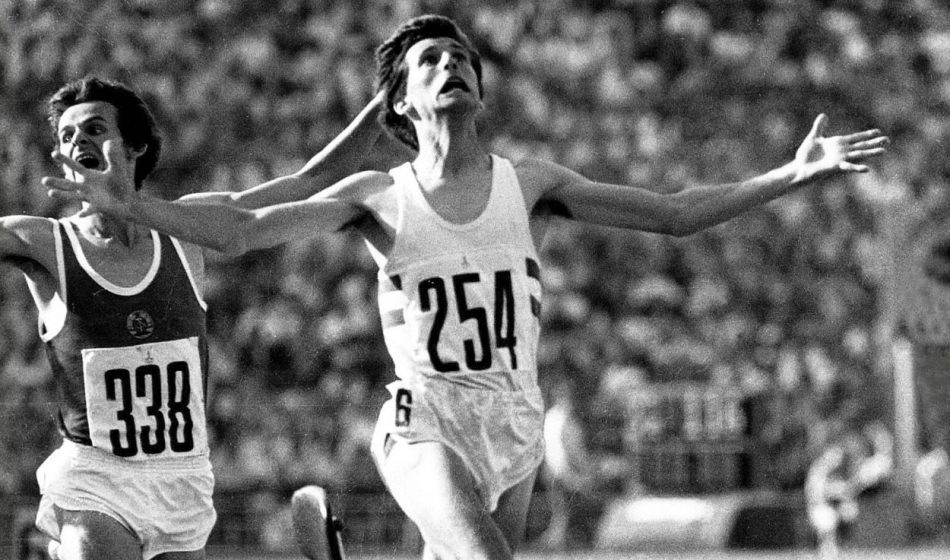 With little live sporting action to watch right now, as postponements and cancellations continue due to the coronavirus pandemic, many fans are turning to footage of some of their favourite athletics occasions from the past.

Here Britain’s 1984 Olympic 3000m silver medallist Wendy Sly shares which athletics moments she would most like to relive during a fantasy season.

“I would probably choose those events that had the biggest impact on me as an athlete and as a person as well, for very different reasons and covering a massive amount of time,” Sly tells AW.

“My first big memory of athletics and the first star in my own mind was Lillian Board in 1969. I watched her win a fantastic (European Championships) 800m race and then she went on to anchor the relay and came back from what looked like an obvious second place to win. It was a stunning last lap and a brilliant double gold.

“I was fascinated by her. I loved watching her run, she was very beautiful, she captured the hearts of the British public and I thought ‘wow, if that’s what running is like, I want to be a runner!’

“Then, of course, I followed her very sad and tragic illness and early death from cancer. But she really did make an impression on a young girl, as I was then. It wasn’t long after that, that I put my name down to join an athletics club.”

“My second big memory is the Olympics of 1972,” adds Sly. “My parents went out and got a colour TV especially for the event. We were big sports fans and we sat glued to the television watching the Olympics in colour.

“My memories from that are the men’s 5000m and Ian Stewart coming through at the very last minute to overtake Steve Prefontaine who was, and still is, one of America’s best-loved distance runners, to get the bronze medal and then being so monumentally fed up about getting the bronze medal. I think that taught me a lot about the will to win and the value of winning and that third, certainly for Ian that day, was just not good enough at all.

“Of course, in those Olympics too, was the wonderful Dame Mary Peters, who again was a nation’s sweetheart during those championships and won the gold medal. She went on to be my team manager in 1984 and was just a wonderfully calm team manager in what for me was a very stressful situation building up to the Olympics with all the Zola Budd stuff that had gone on before.”

“Then 1980. I think probably I am one of many to remember the Olympics from 1980 and the rivalry between Steve Ovett and Sebastian Coe. I think my biggest memory from all of that was Seb coming back having lost the 800m to win the 1500m. I think because I knew him very well at that time, we were at Loughborough University together, and you could just see the pain and disappointment when he got beaten in the 800m, really just making a tactical mistake and getting too detached.

“Steve, who wasn’t supposed to win the 800m, had won the 800m, which was Seb’s event. Seb managed to pull himself together, get over his disappointment, come out and win the 1500m and it was a fantastic victory. The image of him crossing the line is one that many of us have seen over the years (pictured, top).

“That really stuck with me. I had just missed out on the 1980 Olympic team myself, having finished second in the trial but not run quite fast enough. So that Olympic Games for lots of reasons. The Coe and Ovett rivalry, and wishing I was there I suppose, really.”

“My next one would be 1983 and the inaugural world championships in Helsinki,” says Sly, who went on to win the world 10km road title later that year.

“I had made the team for the 1500m and 3000m and was running the best I had ever run. I was excited to be there at the first big global championships.

“My big memory from that would be Grete Waitz winning the women’s marathon. She had unfortunately grown up in an era where the events in championships were not always long enough for her and were dominated by Eastern bloc, so the 1500m, and finally in Helsinki there was a women’s marathon.

“Grete was a friend of mine and a hero of mine and I really wanted her to win that marathon and have that global title and she did it, as always, in great style. So that is a wonderful memory for me. I was just sad that I couldn’t go out on to the streets because I still had all my running to do!”

“The next one, I’m moving fast forward to 2008 and the Olympics in Beijing. The build-up to the men’s 100m final had been extraordinary and I had landed in Beijing that morning and managed to get a ticket above the finish line, at the top of the Bird’s Nest, and witnessed Usain Bolt break the world record and win the 100m title. 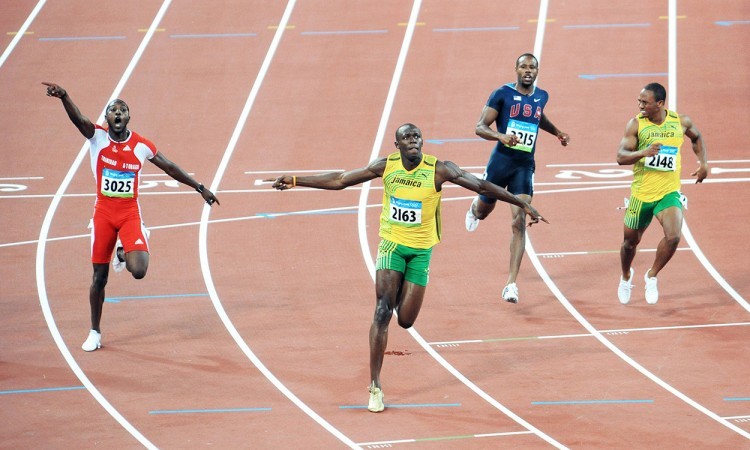 “That was fantastic and followed then championship after championship, year after year, fantastic Usain Bolt performances. He has been a real superstar in our sport and I was privileged to witness that particular event but also many after that which just captivated the audiences that watched him and did wonders for our sport.”

“Then, I guess, a little bit closer to home, would be Super Saturday (at the London 2012 Olympics),” says Sly. “There are lots of reasons for this – I was lucky enough to have tickets with my friends and family, we were all there and we watched Super Saturday unfold. I think the most powerful memory was Jess Ennis in the 800m. She had won the event, she had lived up to her reputation as the face of those Olympic Games, but she really ran that 800m with her heart and it was just fabulous to watch her run so hard when she actually probably didn’t need to.

“That just proved what a superstar she is. I can remember seeing her coach the next day and I said ‘that was one of the most amazing performances’. Watching her run the 800m the way she did was a fabulous memory.

“I also remember that day that we all went back to the athletes’ hotel and had some champagne because it was truly a fabulous day in British sport.”