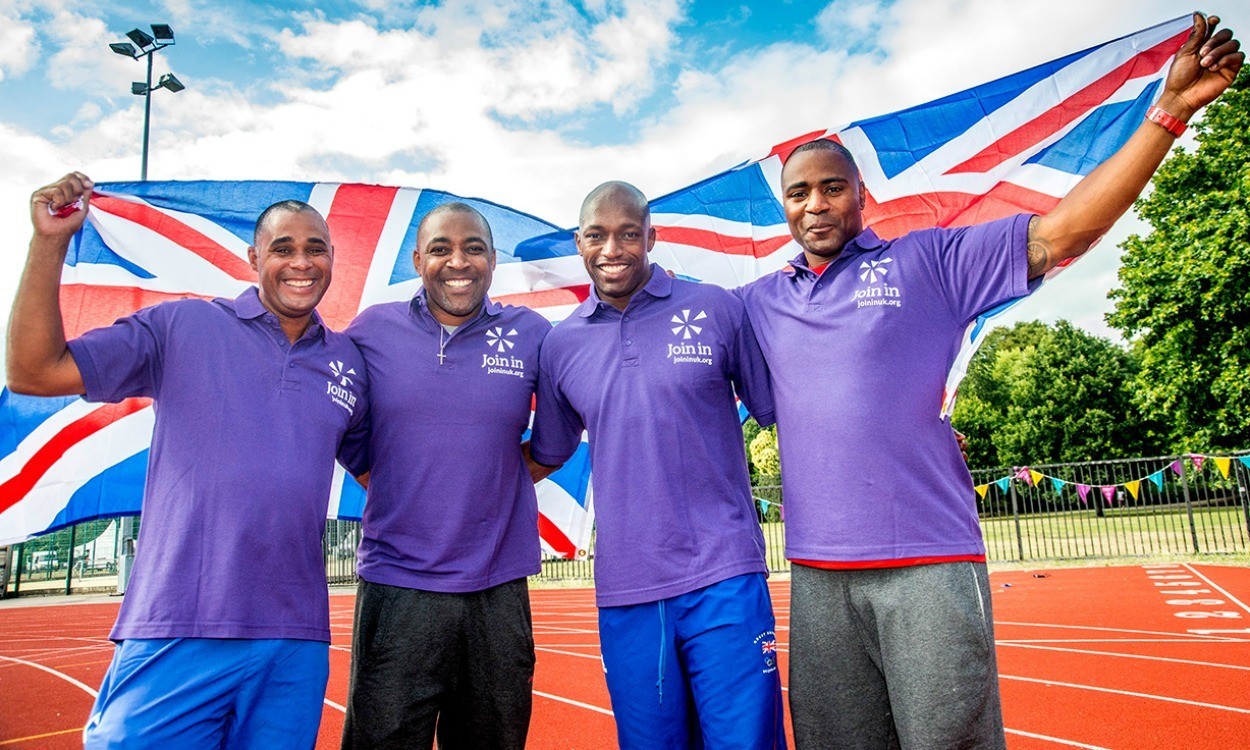 A number of big names from British athletics have teamed up with London 2012 legacy charity, Join In, to launch the Join In Summer Relay.

The nation-wide tour of community sports clubs takes place throughout August and will see current and former athletes having a go at the everyday volunteer roles that make sport possible in the UK.

Darren Campbell, Marlon Devonish, Mark Lewis-Francis and Jason Gardener were among those to help launch the relay, the quartet coming together a decade on from winning Olympic 4x100m gold to lend a hand alongside volunteers at Battersea Summer Scheme, a multi-sport initiative for disadvantaged children in London, before showcasing their skills on the track.

“My very first coach was a volunteer and I was with him for seven years, he laid the foundation for my success,” explained Devonish.

The volunteer baton then moved up to Glasgow on Saturday where two-time Commonwealth gold medallist Liz McColgan helped out at parkrun in Tollcross Park, stewarding the run, timing the participants and starting the event.

“It’s really good to be a part of the first leg of the Join In Summer Relay around the UK,” said McColgan. “I think it’s really important to keep the momentum going around volunteering following the Commonwealth Games. We need volunteers to help at clubs across all of the sports represented at the Games.

“Volunteering is a fun way of giving something back to sport, I’m a volunteer myself and I love giving an hour of my time a week with kids to help keep them fit and healthy.”

Join In research shows that seven in 10 clubs need more volunteers. The Join In Summer Relay gives sports stars a chance to go back to where it all started and work alongside the volunteers to give something back to community sport and budding athletes of the future.