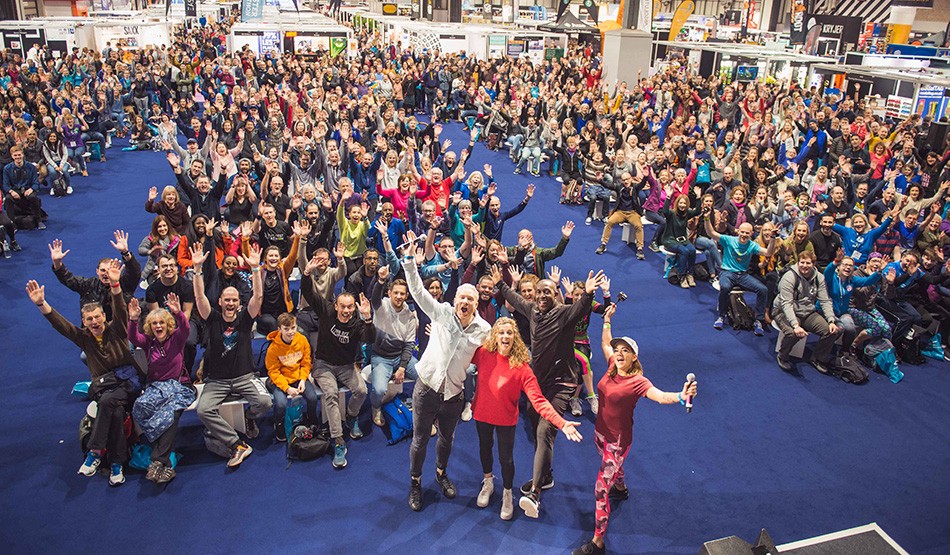 Olympic champions are among the show’s speakers, while Eilish McColgan is announced as the first ‘grants for athletes’ recipient

Organisers have celebrated the success of The National Running Show’s third edition after more than 24,500 runners attended the two-day event at the NEC in Birmingham over the weekend (January 25-26).

All four were among those to feature on the popular and varied speaker programme, along with the likes of Steve Cram, Jo Pavey, Lazarus Lake, Mimi Anderson, Anna McNuff, Camille Heron and Nicky Spinks.

“I’ve been to so many shows but I don’t think I’ve ever been to a show which is full of so many running enthusiasts, obviously, but just so passionate about what they do,” said world and Olympic 400m hurdles gold medallist Gunnell. “It has just been brilliant.”

We sat down with @SallyGunnell at the @nationalrunshow on Saturday and here’s part of the interview (more to follow!) as she talks about being at the show, the new @BiggPerformance set-up, her involvement and more #runshow20 @JonathanBigg pic.twitter.com/K3v4VtSYdI

As well as speaking on the inspiration stage, 1983 world 1500m champion Cram had a stand for his Steve Cram Training Camps at the show, and said: “It’s the first time I’ve been to The National Running Show and we’ve got a stand here promoting the training camps. It has been phenomenal, it has been rammed the whole time.”

As well as the inspiration stage, there was a dedicated ultra zone, trail zone and OCR zone, plus a running skills theatre, sponsored by Intersport.

“We are absolutely delighted with the success of The National Running Show Birmingham 2020,” said event director Nathalie Davies.

“Thank you to every single person who came to the show and we hope that you went home informed and inspired, wherever you are on your running journey.

“It was a privilege to have so many speakers, retailers, brands and experts under one roof, each helping to advise and encourage visitors as they prepare for the year of running ahead. We are excited to be hosting the very first National Running Show in London this June and look forward to welcoming many more runners of all levels there.”

At the end of the show Mike Seaman, CEO of Raccoon Events, announced the launch of grants for athletes, with European 5000m silver medallist Eilish McColgan named as the first recipient.

The National Running Show, in partnership with Children with Cancer UK, will return to the NEC on January 30-31, 2021.

The London event is set for June 13-14 at the Business Design Centre. Tickets are available at nationalrunningshowlondon.reg.buzz and are currently free.