Ask The Athlete with Zharnel Hughes 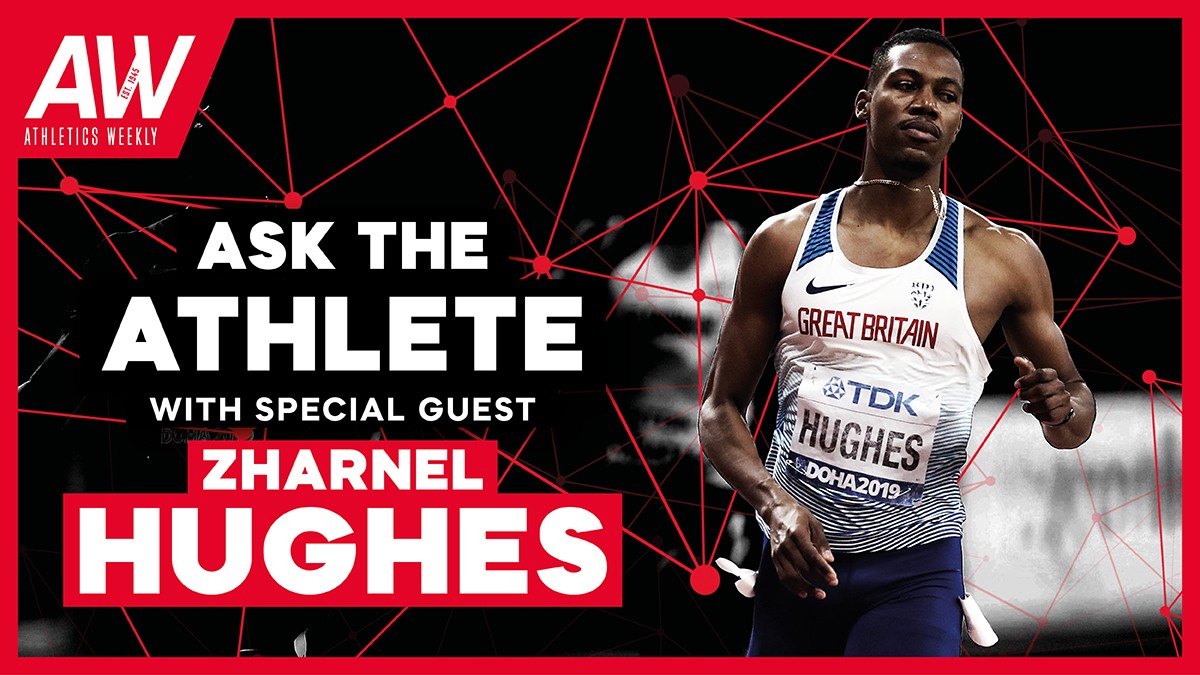 The European 100m champion answers your questions on training with Usain Bolt, being a pilot and his dream 4x100m relay team

This week we are joined by Zharnel Hughes – European 100m champion and the joint-second fastest Brit of all time.

He chats to AW about training with Usain Bolt, being a pilot and flying a plane around the Caribbean, his dream 4x100m relay team and so much more!

Have a read of some of Hughes’ answers below and then enjoy the full 15-minute episode.

How did growing up in Anguilla shape you as an athlete? Was athletics part of your upbringing?

“In Anguilla I started out at age 10. My family took part in athletics and I think it was a part of me, my older brothers and sisters run fast but because they got to high school, things started to fade away from them. For me, I’ve always been interested in track and field and I always wanted to see how much faster I could become. So it’s up to me now to continue and to pursue my dream!”

Outside of sprints, what events do you most enjoy watching and why? And who’s your favourite all-time track and field athlete?

“I like to watch football. I’m a big Manchester United fan. [Marcus] Rashford is a big player of mine and I’m always looking forward to watch him play. He’s such an inspiration to the youths and to me because the way he sets up himself is that of somebody who wants to execute his skills and talent to the best of his ability.

“My most loved all-time track and field athlete is Usain Bolt obviously. I train with him, he’s like an older brother to me and I’ve always been looking up to him. Tyson Gay as well, I used to watch these guys regularly on YouTube, when you came home from school you just searched their races! I’ve always been interested in the way they run, their technique, the way they manage themselves under pressure and how they execute those super fast times.”

You’re a private pilot – if we weren’t in a pandemic and you could fly to anywhere in the world right now, where would you most like to visit and why?

“Yes, I am! For me I like travelling within the Caribbean as I fly small planes and I don’t think I’d be able to make it to Europe! I’d definitely like to fly in the Bahamas because of the turquoise waters they have over there. I like the Cayman Islands a lot as well because I’ve been there a lot, it’s well kept and the people over there are beautiful.

“For me, another place in the Caribbean I’d be flying to will obviously be Anguilla as its nearby to Jamaica I could see family as well. As long as the plane makes it because it’s a small plane and you’d constantly have to stop for fuel! It wouldn’t get over the North Atlantic for sure.”

Who’s in your dream 4x100m men’s relay team for Great Britain and in what order?

What times will it take to make a podium and then gold in the 100m/200m in Tokyo?

“The way track and field is going right now, I definitely think that in the 100m anywhere from 9.90 to probably about 9.85 to 9.82 could probably get you a gold in the 100m. As for the 200m, anywhere from 19.95 thereabouts to possibly 19.75 should get you the gold in the 200m. I definitely think this year I can produce those times, it’s within me as I’m much stronger physically and mentally and I just want to go and compete now. I’m staying on my grind on a daily basis and I’m making sure that the work I’m putting in will be something that I’m reaping rewards from when the Olympics comes around!”