Ask The Athlete with Sally Gunnell 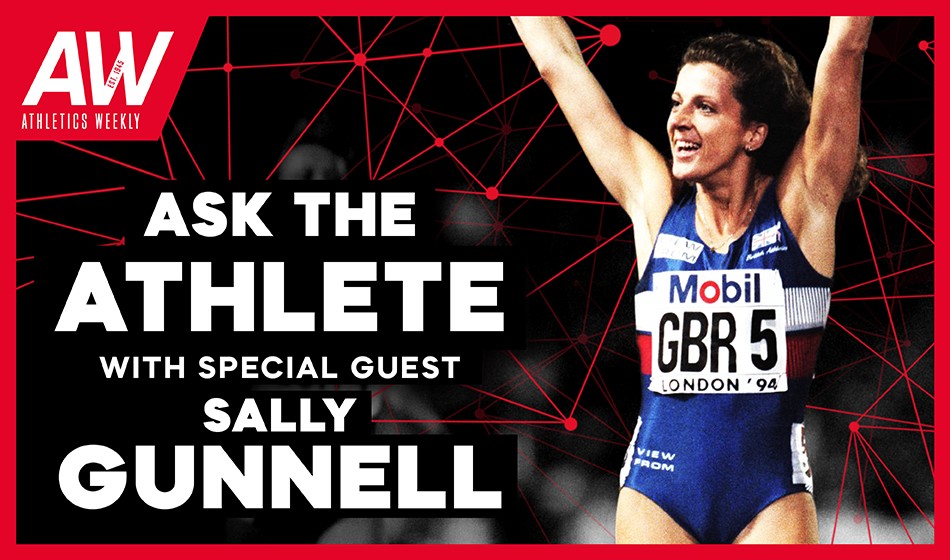 The 1992 Olympic champion answers your questions on switching from sprint to 400m hurdles, her finest moments and her favourite and least favourite training sessions

She chats to AW about the reason for changing from 100m hurdles to 400m hurdles, the insight into winning Olympic gold at Barcelona 1992, her favourite and least favourite training session and loads more!

Have a read of some of her answers below and then enjoy the full episode.

What does it mean to be one of the few British athletes to have achieved the grand slam of holding Olympic, World, European and Commonwealth titles at the same time?

I think it’s not until you retire when you start looking back at all those things and what you achieved. I think I was very lucky to win the hardest one first which is that Olympics and the others just sort of rolled on. I just had an amazing three or four years where I was fit, healthy and I was able to do that. Sometimes I have to remind myself I was able to do all of those things and especially when you think of the group that you’re in, you realise how hard that is.

What made you switch from 100m hurdles to 400m hurdles. Was it your choice, your coach or someone else suggesting it?

It was the choice of my coach. I’d just won the 100m hurdles in the Commonwealth Games in Edinburgh and he told me that it was great but not world class – probably ranking me 20th in the world or something like that – and he was the one who thought I’d make a great 400m hurdler. I just remember thinking that it was a horrible event as it hurt! I’d done the heptathlon and that was horrible and it hurt and then I’d done the lovely 100m hurdles which was amazing!

I didn’t know whether I could do it or if I’d like it but we just tried it and he was so right. As I was technically good and I had the strength it just clicked within about three or four races. Whether he had that planned in his mind for years before I wouldn’t be surprised.

From all of your incredible achievements in athletics, what is the one moment/race that gave you the most satisfaction?

Do you know what, there’s probably three really. One is obviously that Olympics. It’s the one I dreamt about. It’s the ultimate and it only happens every four years which means it’s hard to get. The following year [1993] I broke the world record and won the World Championship but there were so many things that went against me – being ill, the pressure and expectation – so I just learnt so much about myself, about mental strength and ability so that also blew me away. The other highlight was the World Cup in Gateshead and the final points in the relay, which was the most amazing feeling to be a part of that team and to captain the GB team.

What was your favourite and least favourite training session?

My favourite sessions are hill sessions and I still do them now because I just love them! I guess they hurt for a bit but I quite like the speed of them and the jog back. My worst session, which was horrible, was the long track session of the week. It was always the killer session on the training plan and the one that I looked at three months in advance and still dreaded. It would’ve probably been an up and down session starting at 200m and going up to 600m with about three or four minutes recovery at the top end and then a bit which was short on the way down.

Would you have rather won another individual or a team Olympic gold medal?

Definitely individual! I always remember at school playing in the hockey or netball and wondering why everybody wasn’t doing the same as me when it came to working hard. I was much more of an individual person and taking responsibilities for my own actions. Even though I had an amazing team of sports coaches and psychologists working for me, on the day it was me it was me that had to perform. If I didn’t, it was me that mucked up and I liked that feeling and took full responsibility. Don’t get me wrong, I loved the relay and after doing an individual event it was so much fun. You could look around, have the camaraderie and chat – although I never used to chat before races – and I just loved the relay. Medal though? Definitely individual.