European Championships Berlin 2018: Who, what and when? 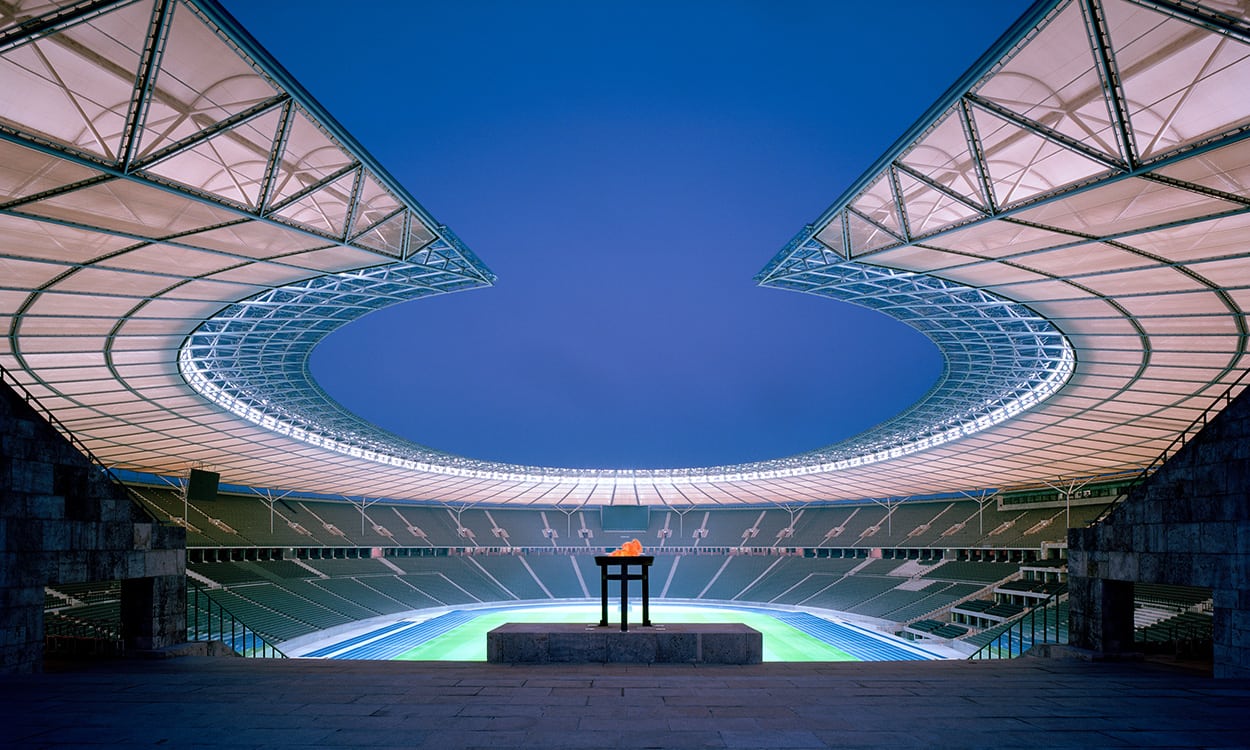 From the defiance of Jesse Owens in 1936 to the compelling brilliance of Usain Bolt in 2009, Berlin’s Olympic Stadium has been the stage for some of the most remarkable events in athletics’ history. And now, over the coming days, another chapter will be written in the German capital.

While there might not be anything quite as seismic as those world record-breaking sprint performances of nine years ago in store, the 24th European Athletics Championships still promises much. Britain has sent a large team and medal hopes will be high, given that the squad includes a number of serious contenders, European rankings leaders, defending champions and experienced campaigners.

Here we take a day-by-day look through the Berlin 2018 schedule and highlight some ones to watch. Times stated are local (BST+1) and are subject to change

Make sure you check out the August 2 edition of AW magazine for our full guide to the championships, including event-by-event previews, interviews, rankings and more. A digital edition is available to buy and download here.

Q is for qualifying, and there’s lots of that as championships action gets under way in the Olympic Stadium and ‘European Mile’ at Breitscheidplatz Square.

Pawel Fajdek, Wojciech Nowicki, British record-holder Nick Miller (pictured below) and Chris Bennett go in the hammer, while home favourite David Storl and Michal Haratyk are among those getting their shot put campaigns under way. Aleksandr Menkov will be joined by Britain’s Dan Bramble and Feron Sayers in a long jump qualifying round missing defending champion Greg Rutherford. Dai Greene and Sebastian Rodger compete in the first round of the 400m hurdles, but Norway’s world champion Karsten Warholm and Britain’s Jack Green are among those receiving a bye through to the semi-finals. 100m competition also begins, with Daryll Neita in action for GB. Her team-mates Zharnel Hughes, Reece Prescod, Chijindu Ujah, Dina Asher-Smith and Imani-Lara Lansiquot have received byes to the semi-finals. 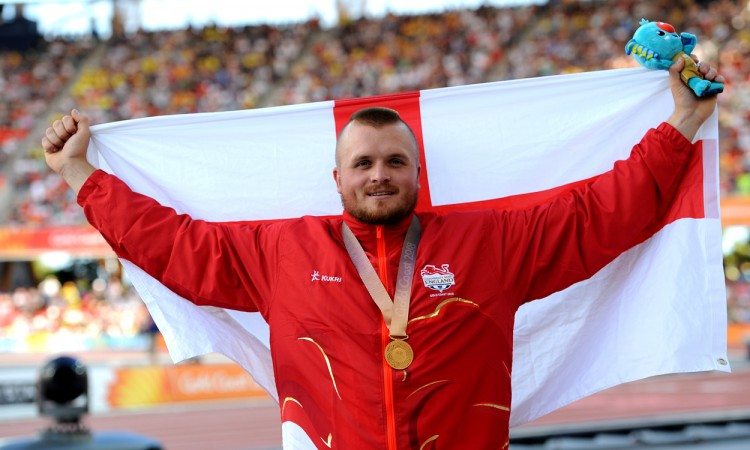 The first titles of the championships will be won in the 50km race walk events, where Matej Tóth and Julia Takács lead the rankings.

Decathlon competition begins with the 100m before the long jump and shot put, with Estonia’s world indoor heptathlon medallist Maicel Uibo one to watch, while Britain’s NCAA champion Tim Duckworth, who won the British long jump title in Birmingham, is also a medal hope.

Other British athletes getting their campaigns under way on the first full day of competition are Shelayna Oskan-Clarke, Lynsey Sharp and Adelle Tracey in the 800m and Martyn Rooney in the 400m as Eilidh Doyle in the 400m hurdles and Matthew Hudson-Smith in the 400m are among those with byes through to the next round.

The decathlon continues with the high jump and then the 400m, while British record-holder Nick Miller will be among those vying for the hammer podium. Holly Bradshaw won the European indoor pole vault title in 2013 and will look for a strong start to her competition in qualifying.

The men’s 10,000m is the first track final and Germany’s European Cup winner Richard Ringer will start as marginal favourite. Britain’s trio seem well matched, judging by that Cup contest in London where Alex Yee, Andy Vernon and Chris Thompson all finished within a few metres of each other at around the 27:52 mark. 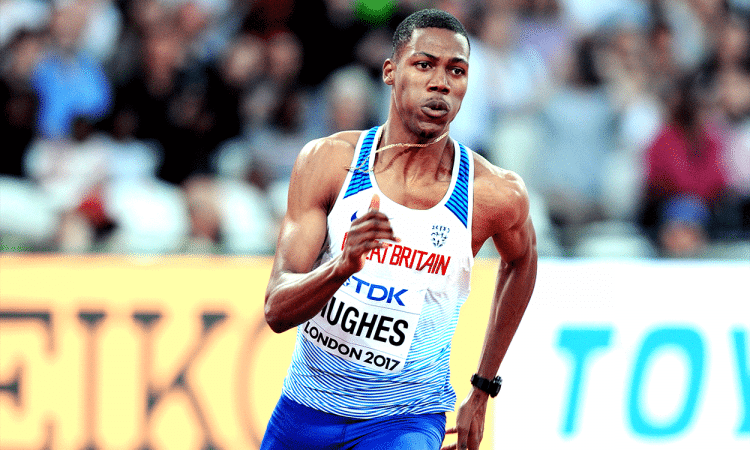 Provided they safely make it through the semi-finals, Zharnel Hughes (pictured above), Reece Prescod and Chijindu Ujah will be among those looking to make an impact in the men’s 100m final. Hughes sits joint top of the continental rankings alongside France’s 2016 European bronze medallist and joint European record-holder Jimmy Vicaut on 9.91. British record-holder with 10.92, Dina Asher-Smith, will be looking to complete the first part of what could be a golden treble as she also contests the 200m and 4x100m in Berlin. In the 100m final she could face Switzerland’s Mujinga Kambundji, who won bronze in 2016 and has improved this year to 10.95, plus twice defending champion Dafne Schippers of Netherlands.

The decathlon resumes with the 110m hurdles and the pole vault, while the 100m hurdles heats take place, though Alina Talay of Belarus and Germany’s Pamela Dutkiewicz plus defending champion Cindy Roleder are among those with a bye through to the semi-finals. The men’s 200m begins with the qualifying rounds, though Britain’s Adam Gemili and Nethaneel Mitchell-Blake, Ireland’s Leon Reid and Turkey’s world champion Ramil Guliyev already have their places in the semi-finals secured as they are among those receiving a bye.

Reigning champion Filip Ingebrigtsen, who was third in the World Championships, will start as favourite after his huge Norwegian record of 3:30.01 in Monaco as the first round of the men’s 1500m takes place and he’ll be joined by his 17-year-old brother Jakob, plus Britain’s Charlie Da’Vall Grice, Chris O’Hare and Jake Wightman.

There’s set to be much home crowd excitement as the men’s javelin qualifying round takes place, with top trio Johannes Vetter, Thomas Röhler and Andreas Hofmann taking to the field.

The decathlon will reach its conclusion after the javelin and 1500m. Favourite Mariya Lasitskene and Britain’s Morgan Lake are among those in high jump qualifying, while the final of the men’s long jump takes place with authorised neutral athlete Aleksandr Menkov perhaps starting as favourite.

Germany’s Christina Schwanitz is the favourite to win her third consecutive shot put title, while Britain has three athletes entered in this event – Sophie McKinna, Divine Oladipo and Amelia Strickler. Athletes in women’s 10,000m final action include Britain’s Alice Wright, with the rankings topped by Israeli Lonah Chemtai Salpeter and Romanian Ancuta Bobocel based on their European Cup runs.

Multi events action continues with the heptathlon as Belgium’s Olympic champion Nafissatou Thiam (pictured below) goes for gold again but Britain’s Katarina Johnson-Thompson will be pushing her every run, jump and throw of the way. The first morning of competition for them includes the 100m hurdles and high jump. 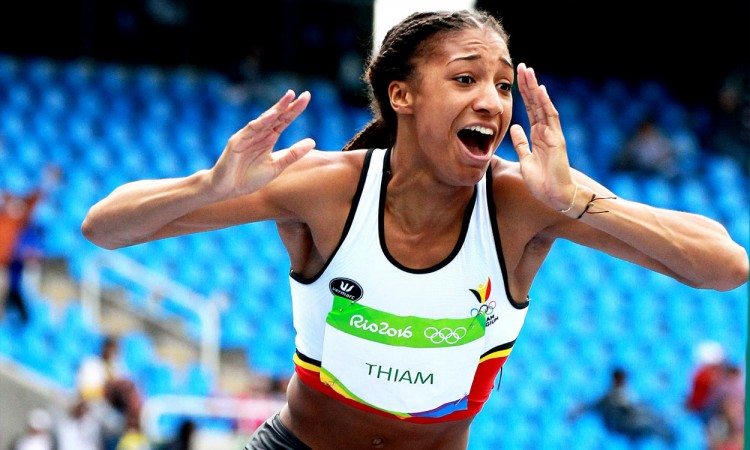 GB’s Shara Proctor, Jazmin Sawyers and Lorraine Ugen take to the long jump runway, while Britain’s Elliot Giles, Guy Learmonth and Daniel Rowden go in the first round of the 800m.

Provided all has gone to plan in qualifying, GB’s Holly Bradshaw will return for what looks to be a fairly open pole vault final, while the heptathlon continues with the shot put and 200m.

The 400m hurdles final could see the ‘scream’ celebration of Norway’s Karsten Warholm as he looks to add the European title to his world gold from London last summer. World champion Johannes Vetter (pictured below), Olympic champion Thomas Röhler and their fellow 90-metre thrower Andreas Hofmann will be going for a host nation clean sweep in the javelin final. 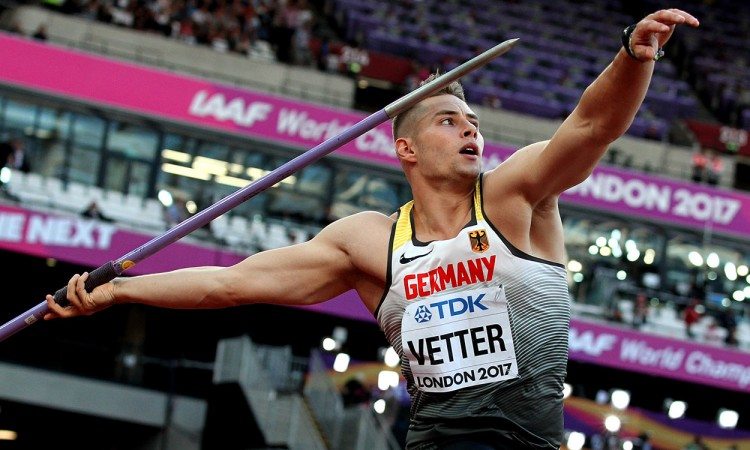 The men’s 200m final takes to the track, with world champion and European silver medallist two years ago, Ramil Guliyev, plus Spain’s defending champion Bruno Hortelano set to be among the ones to watch, along with Britain’s Adam Gemili and Nethaneel Mitchell-Blake. If she’s booked her place in the 100m hurdles final, Alina Talay will be looking to return to top form and take the title after her Belarusian record of 12.41 – the fastest time by a European since 1992 – at the end of May.

Poland’s Anita Wlodarczyk may have lost her three-year unbeaten run this year but, after her two uncharacteristic defeats at the start of this season, she is back to her best and is among those going in the first round of the competition on day four, along with Britain’s Sophie Hitchon. The heptathlon continues with the long jump and the javelin.

Renaud Lavillenie and Armand Duplantis are joined by Britain’s Adam Hague and Charlie Myers in the first round of the pole vault, while the women’s 200m begins. Britain’s four athletes – defending champion Dina Asher-Smith, Beth Dobbin, Bianca Williams and Jodie Williams – have each received a bye through to the semi-finals.

After being initially selected for both the 800m and 1500m, British record-holder Laura Muir chose only to contest the longer event in Berlin and she takes to the track for the first time as she looks to secure her spot in the final. Jemma Reekie and Laura Weightman are also in action for GB, while Rosie Clarke goes in steeplechase qualifying.

Can Katarina Johnson-Thompson claim a third title in 2018 after her world indoor and Commonwealth success or will Nafissatou Thiam add the European crown to her Olympic and world titles? All will be decided as the heptathlon comes to an end with the 800m. 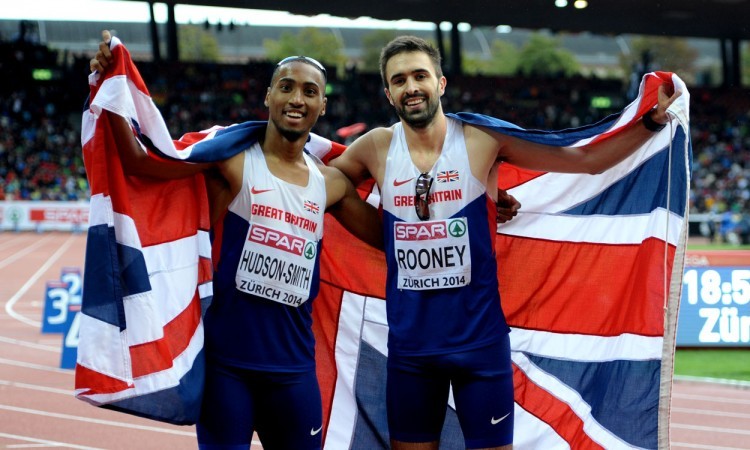 Swiss hurdler Léa Sprunger is favourite to go for gold in Berlin in the one-lap event, which includes Britain’s Eilidh Doyle and Meghan Beesley, while the men’s flat final features Britain’s Matthew Hudson-Smith (pictured above with Martyn Rooney) who appears to be the man to catch. There could be an exciting battle for the finish in the women’s 800m as it looks to be an open event, while Andrew Pozzi – should all have gone to plan in the semi-finals – will be aiming for another medal to add to his world indoor title in the final of the men’s 110m hurdles.

The Ingebrigtsen brothers will be looking to build on a fine season so far in the 1500m final but so will the British trio of Charlie Da’Vall Grice, Chris O’Hare and Jake Wightman.

The two 20km race walk finals dominate the morning’s action on day five, with Tom Bosworth looking to bag another medal after his Commonwealth silver. The evening session is finals-focused too, with British trio Shara Proctor, Jazmin Sawyers and Lorraine Ugen among those looking to impress in the long jump and Britain’s Laviai Nielsen among the ones to watch in the 400m. 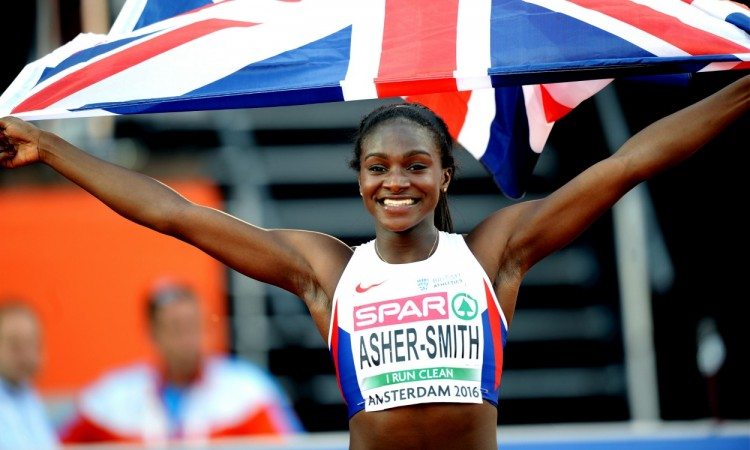 Dina Asher-Smith (pictured above) will be hoping to pull off a rare sprint double as the the 200m final takes place, while British champion Marc Scott plus Chris Thompson and Ben Connor go in the 5000m final. The men’s and women’s 4x400m finals close day five’s programme.

The final day of action gets under way with the marathons where, with Mo Farah unavailable, Spain’s Javier Guerra will be the fastest man in the field after a 2:08:36 in Seville. GB doesn’t field any athletes in this event. The women’s marathon features five GB athletes, however, in Tracy Barlow, Caryl Jones, Lily Partridge, Charlotte Purdue and Sonia Samuels.

In the pole vault final, the world record-holder is set to take on the man most likely to take that from him one day. France’s Renaud Lavillenie heads the European rankings with 5.95m – two centimetres higher than the world junior record from 18-year-old Swedish sensation Armand Duplantis.

The 1500m final is set to see Laura Muir look to add the European outdoor title to her indoor crown, while the 5000m final will include Britain’s Melissa Courtney, Eilish McColgan and Steph Twell, plus Sifan Hassan of Netherlands, who is 30 seconds faster than anyone else in this event this year and ought to win easily.

Championships action comes to a close with the 4x100m finals.

» See the August 2 edition of AW magazine for our full guide to the championships, including event-by-event previews, interviews, rankings and more. A digital edition is available to buy and download here