Alastair Chalmers on form at England U20/23 Champs 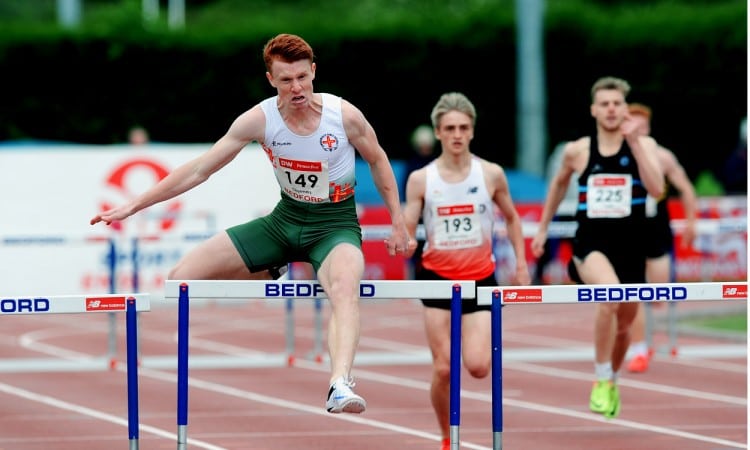 With selection for next month’s IAAF World Under-20 Championships in Tampere at stake, junior athletes were keen to impress on day two of the England Athletics Under-20/23 Championships in Bedford.

With athletes also trying to impress selectors ahead of the European Under-18 Championships in Győr next month, Karl Johnson also ran a big PB in fifth as he clocked 52.43.

European under-20 1500m champion Jake Heyward won the metric mile in 3:54.07, while the under-23 1500m title was won by the equally-impressive Jamie Williamson with a 54-second last lap.

In the 800m finals, Alex Botterill beat Markhim Lonsdale in 1:50.53, while Keely Hodgkinson, only 16, beat a strong field that included Isabelle Boffey and European under-20 champion Khai Mhlanga in 2:04.42.

In the field, James Tomlinson won the under-20 men’s discus with a 57.65m mark that will see him on the plane to Tampere.

Also in fine form was Jade O’Dowda, who won a close under-20 long jump contest with a 6.24m PB.

» See the June 21 issue of AW for 10 pages of reports, photos and results from Bedford