Ageless Jo Pavey back with a win 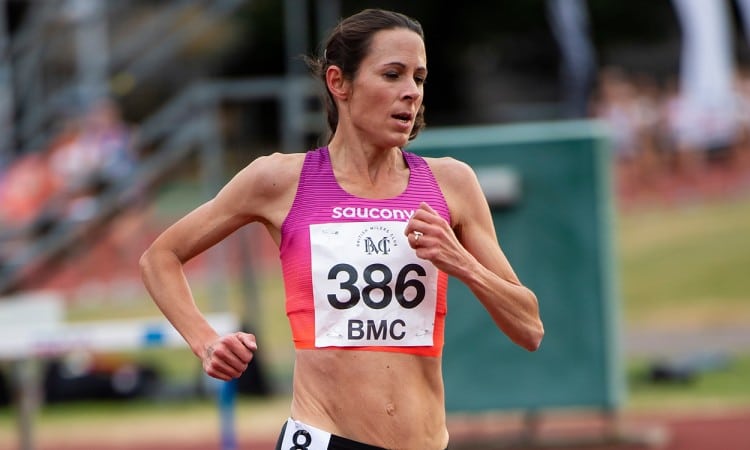 Jo Pavey turns 45 in September but the evergreen athlete stormed to a runaway win over 5000m at the British Milers’ Club Grand Prix in Loughborough on Saturday night.

With this summer’s European Championships qualifying standard of 15:30 as a target – and paced by former 1500m international Charlene Thomas – the 44-year-old spent much of the race clear of her rivals before tiring in the latter stages as runner-up Philippa Bowden finished strongly to almost get within striking distance of her.

“I was hoping for a bit quicker but it was a bit breezy and, to be honest, I just love getting out there racing at a BMC event,” Pavey told Vinco, before adding that she was mainly building up to the autumn road racing season.

Elsewhere, Lynsey Sharp warmed up for the Müller British Championships with a season’s bet of 2:00.44 in a mixed 800m. 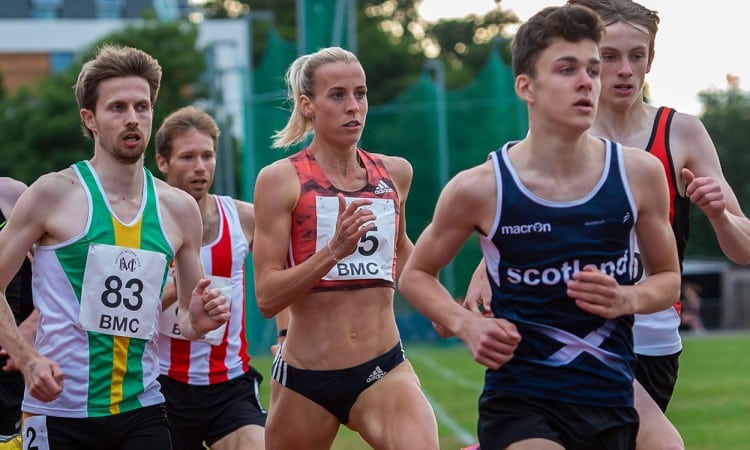 A much-anticipated men’s 800m was won by Dan Rowden in a modest time of 1:49.42 ahead of Canaan Solomon and Max Burgin in the 800m, as Markhim Lonsdale finished fourth, Mike Rimmer fifth and Olympic medallist Nick Willis from New Zealand seventh.

Lovisa Lindh of Sweden took the women’s two-lap race, heading off a late charge from Britons Katy-Ann McDonald and Khahisa Mhlanga – both of whom ran World Under-20 Championships qualifying times with 2:04.14 and 2:04.34 respectively.

In the 1500m races, meanwhile, Jessica Judd stormed to a runaway 4:10.76 win, while Herne Hill’s Irish international John Travers beat his rivals with a strong last lap to clock 3:40.74.