Do you feel the need for speed? 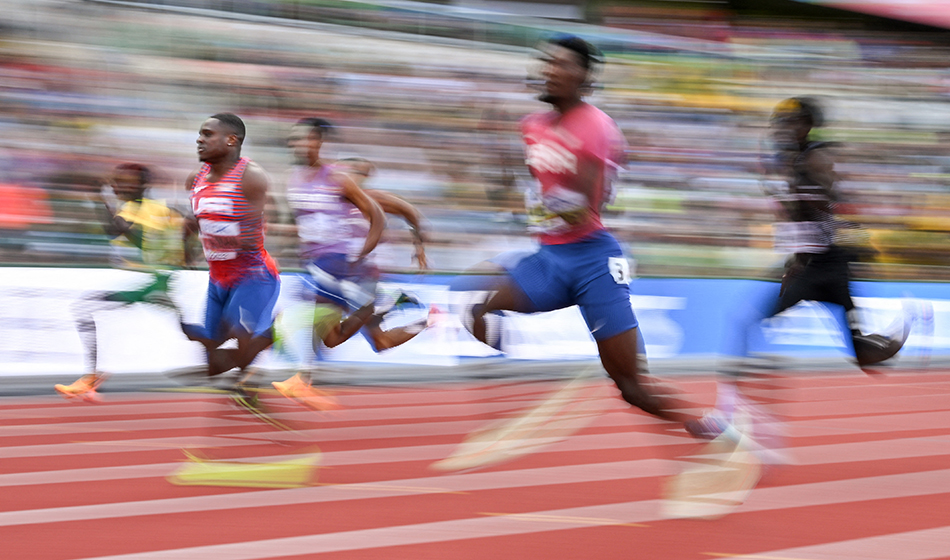 The science behind speed is always evolving and here we look at the thoughts, theories and ways of training to consider in the quest for greater velocity

Across all the sprints events – everything else being equal – the fastest athlete over 20m-40m will be the superior performer. Why? They will be able to apply more force into the track surface with greater power, they will have quicker contact times (being more reactive and possessing superior leg stiffness) and they will have greater limb speed (being able to generate greater force in a shorter time).

The existing sports science on improving sprint speed (acceleration and maximum velocity), is not always easy to decipher, nor does it provide too many definitive answers. This can leave coaches scratching their heads about how to help their athletes.

A prime example of this would be when you try to discover how to make an athlete faster with a search on the PubMed database. Although much research will appear, it doesn’t often actually involve elite sprinters and will revolve around sportsmen and sportswomen from other sports such as football and rugby.

However, it is possible to discern some fundamentals and some “let’s try it” findings which coaches and athletes should consider implementing.

The science behind speed largely focuses on how stride frequency and stride length can be changed to elevate maximum velocity and acceleration. There has also been a focus on the energy system contribution to sprints, the role of the central nervous system and overspeed conditions and how to condition greater speed. At most sprint levels, the emphasis is usually on increasing stride length – at elite level in particular there is not a great difference in terms of how fast male and female sprinters move their legs.

However, I need to clarify that this assumes the athlete has good sprint mechanics. If they don’t then this will of course need to be worked on. Indeed, specific technical improvement may be the most important factor when it comes to improving speed.

Increasing stride length beyond optimising a sprinter’s technique largely rests on creating more power. When a sprinter’s foot makes contact with the track, he or she will need to convert vertical forces into horizontal ones.

Sports science shows that human locomotion is predisposed to creating vertical forces, so converting the “down” into “forward go” becomes fundamental. There is little time to impart force when sprinting as reflected in ground contact time, so it’s not surprising that a lot of thought is going into how to achieve this. 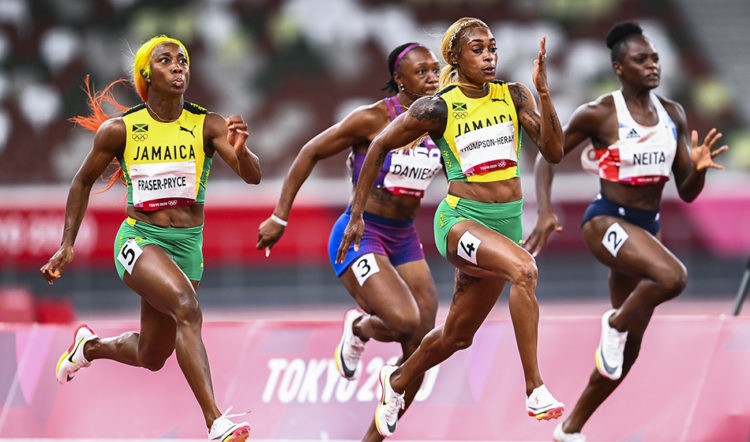 Considerable recent sports science and practical anecdotal coach advice has identified that the hip muscles (front and rear) are key to transforming vertical impulses into horizontal ones.

I discovered research from around a decade back which focused on Asafa Powell and the size of his hip flexors (the muscles which pull the legs from the rear of the body to the front). In comparison with slower elite sprinters, Powell’s hip flexors were found to be significantly bigger. In this context a specifically trained bigger muscle will be able to exert greater specific power.

Most recently US coach Ken Clark has identified similar through specific biomechanical research – which is grounded in the real sprint world. His research consolidated under the title “Whip from the Hip” considers, for example, thigh angular momentum and how this converts vertical to horizontal force/propulsion.

A take-home message here is the importance of specific training of the hips. Coaches should focus on this by working specific sprint drills and to a lesser extent conditioning exercises (using pulley machines in the gym as an example). I use many leg cycle drills where the focus is on the pull of the foot from behind the body to the front through the utilisation of the hips. 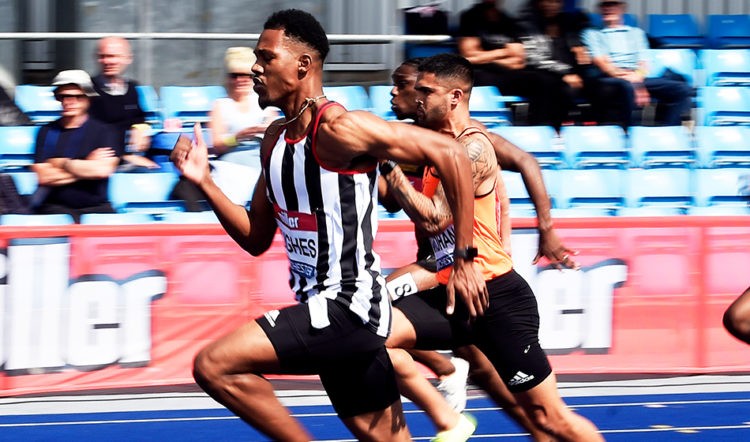 Other areas to work on

In terms of other sports science looking at sprint muscles it has been identified that the hamstrings and the inner thigh muscles are also very important. In fact research has indicated that it is deficiencies in the strength of these muscles which can differentiate male from female sprinters. This provides reason, then, for coaches of female and male athletes to place a specific focus on these muscles as this will also likely improve sprint speed.

Let’s consider the hamstrings, which are often strained in sprinters. They stop the travel of the lower leg in front of the body as they pull the foot back into the track surface ready for foot-strike.

The hamstrings undergo a stretch when they do this – known an eccentric muscular action.

Sports science has shown that training the hamstrings eccentrically (and more recently isometrically – where there there is no muscular movement) can reduce sprinters’ hamstring injuries and also improve sprint speed.

Again, there are specific sprint drills which can do this, as well as loading with pulleys/bands and micro weights.

There have been experiments with back-lift when sprinting at maximum velocity. The thought process is that if the heel comes up too high behind the hips then it will not be able to be pulled forward with as much velocity and this will reduce what can be termed the resultant “hammer blow” into the track. Everything being equal, the greater the force “in” the greater the speed “out”. 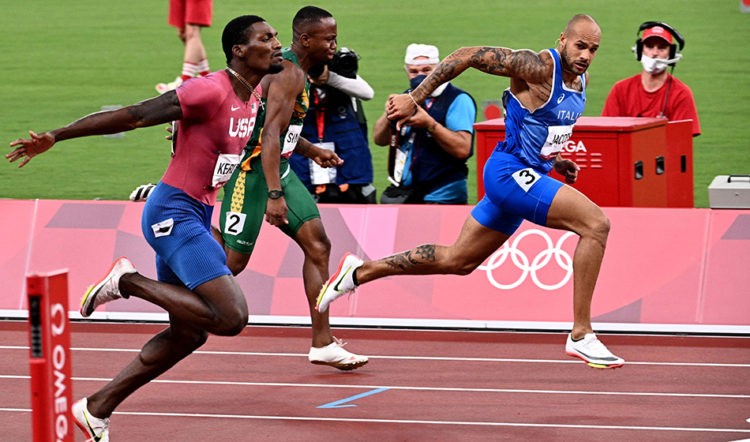 From my investigation of sprinting sports science, research from Italy appears to be largely the most in-depth and interesting. The country has a tradition of really applying sports science to the training of their sprinters – and publishing that work.

In terms of my knowledge, this dates back to the days of former Olympic 200m champion Pietro Mennea and continues with the current 100m champion Marcell Jacobs.

The earlier research considered the role of stride length and stride frequency and how it was affected by running distance and repetitions. The idea was to discover the optimum methodology for the coach and athlete to follow for each of the sprints.

It’s beyond the scope of this article to go into detail but readers with an interest should go to worldathletics.org and source the New Studies in Athletics archive.

It’s this sort of detail which, when applied to specific sprinters, could lead them to optimised performance. 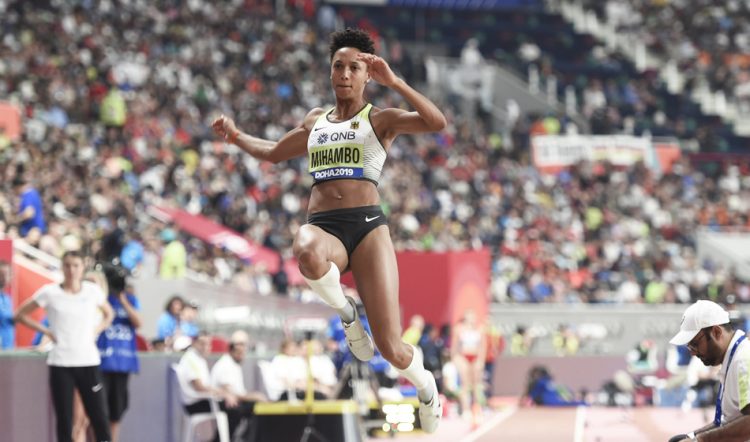 Much research indicates that overspeed work. That is, facilitating an athlete being able to run faster than they can do normally – as produced by bungee systems, for example, does not work in the way we thought it would.

It is interesting to note, then, how the Italians are finding a way to produce workable, translatable overspeed training.

You may have seen on social media Jacobs running behind a car towing a chamber type trailer which minimises wind resistance. I believe they also use OptoJump technology to measure stride-length and contact times when running in this condition.

This is a form of overspeed training and is part of the sports science which is being applied to Jacobs, while the Germans also have a system as used by long jump champion Malaika Mihambo which lifts the athlete as they are being pulled forward at faster than normal sprint speeds. The lifting is designed to allow the sprinter to employ the same mechanics as they would without assistance.

There are also other very high-tech devices being used to push and pull athletes to greater speed, such as the 1080 sprint. These cost as much as a good car!

Most of us who coach speed won’t have access to the high-tech devices or the resources the Italians or Germans have poured into some of their sprinters nor the esteemed sports scientists who have made it their mission to produce the fastest of the fast. However, we can learn from their work and apply some of their science to our own coaching.

We need to, for example, focus on specific power generation and optimise sprint technique with a focus on the hips. We also need to utilise a highly focused speed training programme which maximises our athletes’ specific responses to speed training.