Dealing with an eating disorder 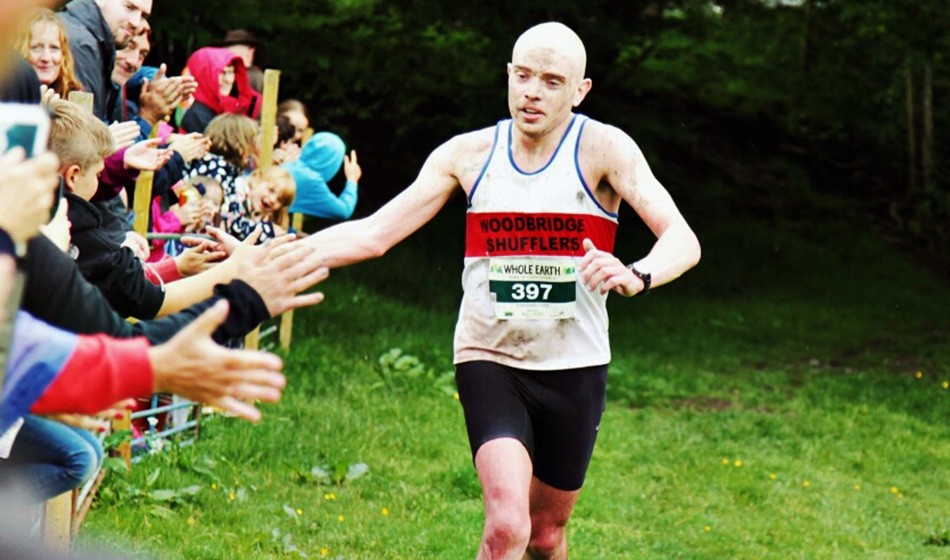 It took another year before his next race and, running in the same event, he clocked 34:11 to come third. Excited, he joined his local running club the following week and says: “The rest is history”.

However, his history would take him to some dark places, as he takes up the story…

The running bug had bitten me and, after months of PBs and wins at small local races in Suffolk, my first marathon followed that autumn in Munich.

I crossed the finish line in 2:38:39 – a promising debut for someone still naive and new to the sport. I had fallen in love with the marathon distance.

With a place at university to study sport and exercise science confirmed for the following September, I essentially had a gap year ahead of me.

Inspired by Adharanand Finn’s book Running with the Kenyans and with a London Marathon championship place in the bank, in January 2013 I decided to head out to Kenya for three months to train in Iten.

However, within the first 10 days at altitude I broke down with a calf injury.

Being surrounded by world-class athletes in a remote environment with little else to do but eat, run and sleep, I soon found myself feeling like a fraud and missing my friends and the comforts of home.

It was during this period that I got chatting to a coach who asked me how much I weighed.

He suggested that if I could lose a few kilos I could greatly reduce my marathon time. This thought festered away in my head and over the next three weeks I began to reduce my food intake more and more, and my weight dropped rapidly.

Still unable to run, I cut my losses and headed home early feeling like a failure. However, back home, my obsession with food and weight became all-consuming, and for the next two years I suffered with first anorexia and then bulimia.

During this period my relationship with food and training became very unhealthy and unsustainable.

My weight plummeted further, my body rapidly broke down due to the pressure and starvation I was putting it under and my mental health deteriorated as I became reclusive, avoiding any social situations involving food and eating.

A misconception around eating disorders is that they are only an issue at meal times, whereas in reality they are crippling mental illnesses that are with you 24/7.

From the moment I woke up, my thoughts instantly turned to when I would eat, what I would eat, how much I weighed, what excuses I could use for my small portion sizes or skipping meals.

Even when sleeping my eating disorder was controlling me as severe hunger and stomach pains would wake me.

I was able to hide my drastic weight loss from friends and family behind increased mileage and “dedication to training”. My behaviour also went undetected by my fellow runners and coach.

Yes, I do have an eating disorder

It was a routine check-up with my dentist in December 2014 that sparked my recovery. After complaining of toothache, he informed me that I had lost 75% of my front teeth due to excessive vomiting and confronted me on my behaviour.

I admitted to my eating disorder and the relief I experienced at having finally opened up was a huge load off my shoulders.

From that day on I stopped making myself sick and gradually increased my food intake. I no longer weighed myself and broke the cycle of obsessive behaviour and disordered eating.

My recovery was further strengthened by talking about my experience to friends and family and then by sharing my story publicly through blogs and fundraising.

For anyone suffering from an eating disorder, there can often be a fear of recovery. Your relationship with food has become so disordered that relinquishing control and addressing your anxiety is a scary proposition.

Sometimes it can feel safer to stick with what you know, despite how dangerous and destructive your behaviour is for your physical and mental health.

But, as daunting as starting the journey to recovery may seem, it is the best thing you will ever do, so I would urge you please to talk to someone.

What does recovery mean?

Some people may assume that as “lighter equals faster”, recovery means “heavier and slower”. But this is incorrect.

Over the course of the next nine months I set PBs across all distances.

How is this possible? Well, instead of overtraining and hugely under fuelling, all aspects of my training were better off without my eating disorder.

Firstly, my training load was much more sustainable. I reduced my weekly mileage from 100 miles to 70-80.

Secondly, I was fuelled sufficiently, which meant I had more energy to perform long runs and sessions.

Finally, I was able to recover much better. This meant replenishing my energy stores after runs and taking rest days, which led to better quality sleep and a reduced number of niggles and injuries.

The combination of running quality miles over quantity, consistency, fuelling more, better recovery and increased strength and power from restored muscle mass led to far more gains in performance than focusing solely on reducing the number on the scales. Now, almost four years down the line, my healthy behaviours have continued.

Talk to your athletes and take an interest in their lives away from the sport, especially those absent from training or injured. Show them they are worth more than their times and performances.

You may also wish to familiarise yourself with areas of nutrition and mental health.

One frustration of mine with our sport is the focus and attention put on weight and body image.

The vast majority of club runners are already at or below a healthy weight, so the obsession with the scales and driving down this number to get faster is misguided, short-sighted and dangerous, especially as weight and BMI are extremely poor indicators of fitness and health.

Despite this, research has shown that the prevalence of eating disorders and RED-S is far greater among athletes and endurance sports than the rest of the population.

To try and tackle the prevalence of eating disorders and RED-S in endurance sports, I have teamed up with sports dietitian Renee McGregor, who specialises in working with athletes with eating disorders, to launch a campaign called #trainbrave.

Our website is at trainbrave.org. The aim of the campaign is to raise awareness of these unhealthy behaviours and the associated risks.

We are hoping to bring together athletes, clubs, coaches, clinicians and support services to see how we can provide more support, education, training, resources and closer links to help everyone work together to tackle this issue.

Our first event is in London on Sunday (December 9). It is free and there will be talks by sufferers, clinicians and coaches so we can share knowledge and experience.