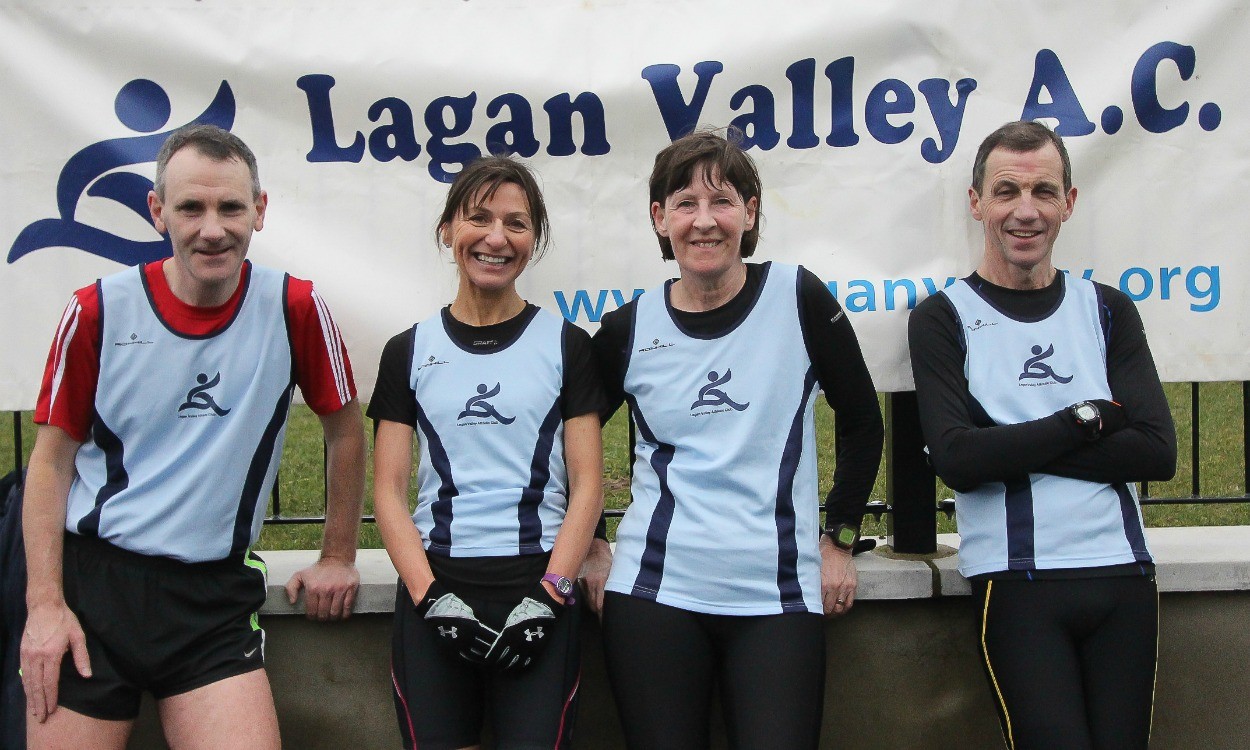 In less than three decades, the Belfast-based Lagan Valley AC has become a force to be reckoned with in Northern Ireland

Lagan Valley AC was formed in 1989 by John Glover and a small group of 12, mainly female, athletes from an already established club. That group was quickly joined by a sprint group, led by Billy Black who was named Northern Ireland coach of the year in 1992.

An inaugural meeting was held in the Dub Pavilion in Belfast, at which John Glover was elected chairman, Alison Armour club secretary and Alex Best the treasurer. The club quickly established itself as the major female club in Northern Ireland, with the women finishing third in the Northern Ireland League the following year. Within four years, the club boasted 180 members.

Lagan Valley’s early success was built on athletes such as Karen Mills, Jane Hale and Vicky Jamison, all of whom achieved international vests for Great Britain, and Judith Robinson, who became the first club member to reach the Commonwealth Games, making the final of the 100m hurdles. Angie McCullagh and Suzanne McCormick both competed in the World Cross Country Championships and enjoyed success in the marathon.

Club sessions take place on Monday, Tuesday and Thursday evenings and Sunday mornings at the Mary Peters track in south Belfast. Distance runners have a wealth of choices when it comes to off-road sessions with the Lagan towpath, Lady Dixon Park and the Malone Playing Fields among the favourite locations.

Club president and UKA level 4 coach John Glover leads the adults’ endurance and distance “Monday night mob” group on Mondays and Thursdays, as well as a sprints squad for those aged 13 upwards. Senior sessions are based on time rather than distance and usually comprise 23-28 minutes of intervals, everyone running at their own pace.

Michelle Scott and Jim McKeown lead a junior distance section for athletes aged 12-15 years, who might do a session such as 10x200m with 45 seconds rest on a Tuesday. Former international athletes Mark Kirk and Frank Sharkey also take an endurance group on a Tuesday and Thursday evening and Bryan McCorkell leads a sprints, hurdles and jumps group.

The club is very forward-thinking, promoting numerous events such as winter Floodlit Meetings, Young Athlete Summer Series and most recently the Lagan Valley Trail Race. Through the Commonwealth Mini Squads, the club has introduced hundreds of primary school children to the sport over the last seven years. Success has always been rooted firmly in a strong coaching structure and a family atmosphere. Many parents bringing their children to the club have found themselves becoming actively involved and competing for the club.

Andrew and Patrick Monaghan have been producing good results over the the last couple of years at Mississippi State University while Conal Kirk and Ryan Sharkey, the respective sons of Mark Kirk and Frank Sharkey who are former internationals turned coaches at the club, have just left for the USA on scholarships. Shileen O’Kane is one of Northern Ireland’s leading mountain runners and Mandy Gault, who won the Irish 400m title, is a lifelong member.

The club launched their Super Six Track and Field meetings at the Mary Peters Track in 1991 as a series of young athlete meetings on Thursday nights. Twenty five years later, more than 1000 athletes – from eight years old up to veteran status – compete in the series annually. There are plenty of regular social events including club barbecues and Christmas runs and the club regularly participates in local parkruns.