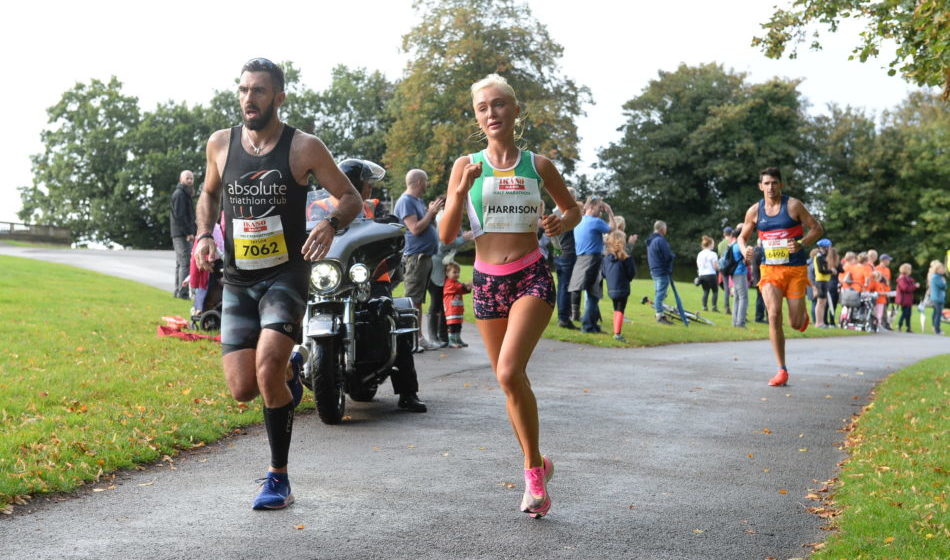 As she prepares to line up in one of the strongest ever women’s fields at the London Marathon, it’s hard to believe that Samantha Harrison’s first race – the Robin Hood Half Marathon in Nottingham – was only three years ago.

By her own admission, she didn’t know anything about the sport at the time but a point in her life had been reached where she wanted a new focus and thought running could be an option.

“I’m super sporty, so I was in the gym all the time,” says the 26-year-old. “I did some bits of running, maybe two to three times per week for 15-20 minutes on the treadmill just to keep fit, so I felt like it was something I could do.

“I just did my own thing really [in training for the race]. I went out running a couple of times a week. I didn’t run much more than six or seven miles because to me that was enough, but I didn’t really know as I wasn’t used to running and I didn’t have a coach.

“I didn’t have a clue about pace, either. People would ask what time I wanted to do it in and I was so naïve I said something like 1:20, and they were like ‘1:20 for your first half? You’ve got high expectations!’ I just wanted to complete the race because, at that point, a half marathon was a big thing.”

Harrison finished fourth in 84:10 and, as a result, a few people suggested she should join a club.

“Within a couple of weeks I’d joined Notts AC,” she says. “I joined the club sessions twice per week but I didn’t follow their coaching plans as such, because at that point I quite enjoyed doing my own thing.

“They asked me to do some track races and cross country and my times were developing from there, just from having a little bit of structure. I hadn’t really done any interval training before [and] my body adapted to that really quickly.”

Harrison’s progress was remarkable. She ran 2:51:33 at the ASICS Greater Manchester Marathon in April 2019 and, less than six months later, under the guidance of coach Vince Wilson and with a more targeted training programme, reduced her half marathon best (at the time) to 73:07 at the Great North Run.

However, her transition to being an elite athlete – mentally, at least – didn’t come until she was selected to represent Great Britain at the 2020 World Half Marathon Championships in Poland.

“People might have classed me as elite when I earned my first England vest, but for me it wasn’t enough,” says Harrison. “I thought, ‘I need to be quicker, I need to get a GB vest to be an elite’. When I got picked for the World Half it was like, ‘this is serious now, I really need to buckle down!”

Changes have been required to unlock Harrison’s full potential, and after reducing her working hours as a dental nurse, she has started to recover – as well as train – like a pro.

As a result, her performances have continued to improve and in April she clocked a 69:48 PB at the Cheshire Elite Half Marathon, putting her 12th on the British all-time list.

Harrison has enjoyed an impressive series of PBs since 2018, but she knows that it’s not realistic to improve in every race. London, however, is a potentially welcome anomaly.

“[Timewise] it’s hard to tell really, as this is the first time I’ve properly trained for a marathon so it’s quite difficult to know exactly where you’re at,” she says, noting she has peaked at between 90-100 miles per week in her build-up.

“Obviously doing it at this level, it’s completely different, it’s so important with the fuelling, just getting everything right, so a sub-2:30 is what we’re aiming for, fingers crossed.”