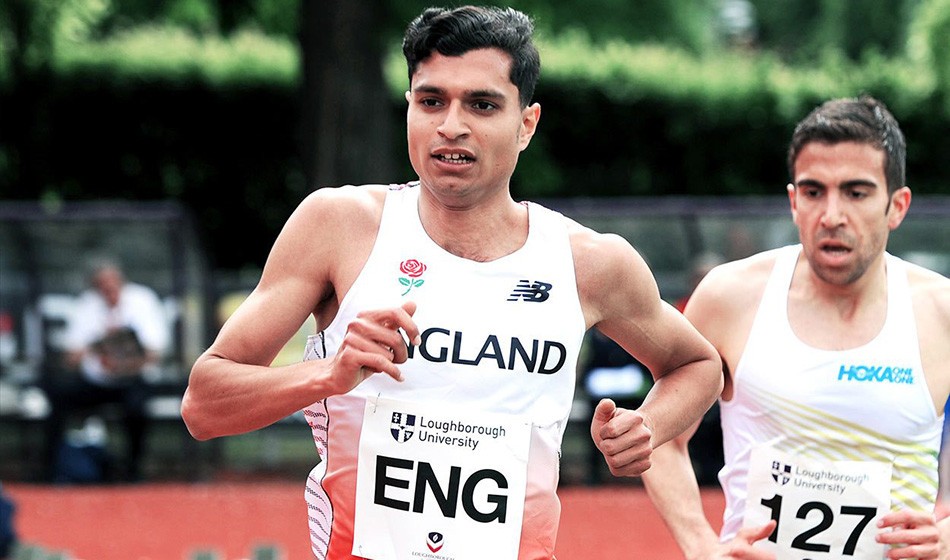 Nick Goolab was no longer enjoying his running. Even though he won the Ipswich 5k in May, he spent the entire race inwardly berating and criticising himself. The Belgrave Harrier knew his mindset was not doing him any favours at all and that something had to change.

He took a two-month break from the sport and during that time began to work with Wendy Hilton, a life coach who is also a masseuse with British Athletics.

That work seems to be paying off, given that he defied his own expectations to finish second at the Liverpool Cross Challenge in November and took a place on the silver medal-winning Great Britain senior men’s team at the European Cross Country championships in Tilburg.

He will compete for his country again at the forthcoming Simplyhealth Great Stirling XCountry and here he outlines some of the mental tricks and strategies he has employed which have helped to make a real difference.

I didn’t really appreciate how powerful the right mindset can be. I was full of doubt and during the Ipswich 5k I was telling myself to drop out all the way through the race – I was telling myself I was rubbish, I shouldn’t be racing, you can’t handle it, you’re no good, you’re not cut out for it, you should just go home and quit. I still ran all right but it shouldn’t be like that during a race, it’s not an enjoyable experience.

I don’t like that feeling, it’s not fun, so I decided to do something about it.

Changing how you talk to yourself

The best thing Wendy has done for me is to change the way I talk to myself and she’s changed the language I use.

It’s made a huge difference. I have a lot of things going through my head but I’ve found that writing them down helps, too.

Rather than have them bouncing around in my head and causing all sorts of problems, I write them down, actually look at what I’m saying to myself, acknowledge it and then almost use logic to argue against it.

You have these thoughts that go through your head from the emotional side of your brain and it’s so much more powerful than the logical side. It’s giving you all these messages, they’re bouncing around in there, they’re everywhere and they’re taking control.

But if you actually write these thoughts down and just read them then you almost look at yourself and think ‘why is that going through my head?’.

Find something to celebrate every day

Another thing I was bad at – and I didn’t even realise I was bad at it until Wendy pointed it out to me – is that I don’t celebrate things. If I have a good session or a good race I don’t really acknowledge it or pat myself on the back and say ‘well done’.

But, whenever something goes badly, I will really beat myself up.

So Wendy will say to me: ‘Every day, find something to celebrate. No matter how small or how big, there will be something you’ve done which you can celebrate.’

Coming back to running and learning by racing

I did two races in the autumn – the Surrey League and the Southern cross country relays. I did those without any training so I was going to a race knowing that I couldn’t use my physicality.

There have been times when I’ve been able to get through races because I’ve been so fit, but this time I knew I wasn’t fit so it was all about using my head to get through the races. It was almost like you back yourself into a corner and you’ve got no choice – you must use your head to get out of this.

That’s what I did with those two races and I had a really good time. It reminded me that ‘this is why you do it’. You do it to get in a race, be competitive and try and get the most out of yourself.

It wasn’t until after those two races that I got four weeks’ training in and then ran Liverpool. I wasn’t at my fittest but I used my head and my competitiveness to try and get the best out of myself.

Liverpool was the fifth time I’d done the senior race and the first four times I trained so hard. I trained the least for this one and yet it produced the best result. It came out of nowhere and I thought ‘how have I done that?’.

I always used to think that ‘if you do this training, it will equal this race or a certain level of performance – if you do this, this and this in training then you will run like this’. But now I’ve realised that training is training and racing is racing – they are two separate things.

You have some people who can train really hard but race really poorly, while there are others who don’t really train that much at all and race really well.

Obviously you need some physical preparation – you can’t do no running for the year and then just get out of bed and do it – but I realised it’s all about how you do on the day and how your head is.

Liverpool changed everything. It was like two different people – one person went into Liverpool and another one came out.

Refusing to call it quits

A lot of the time when I’d thought about stopping before, it wasn’t because I was fed up or that I hated running or anything like that. It was more a case of ‘is there any point in me doing this? Is it worth me doing this?’. It was like weighing up an investment every time.

It felt like you were always trying to prove yourself and that became a big problem.

It really came down to ‘do you like doing it? Then do it!’. It doesn’t have to be that complicated.