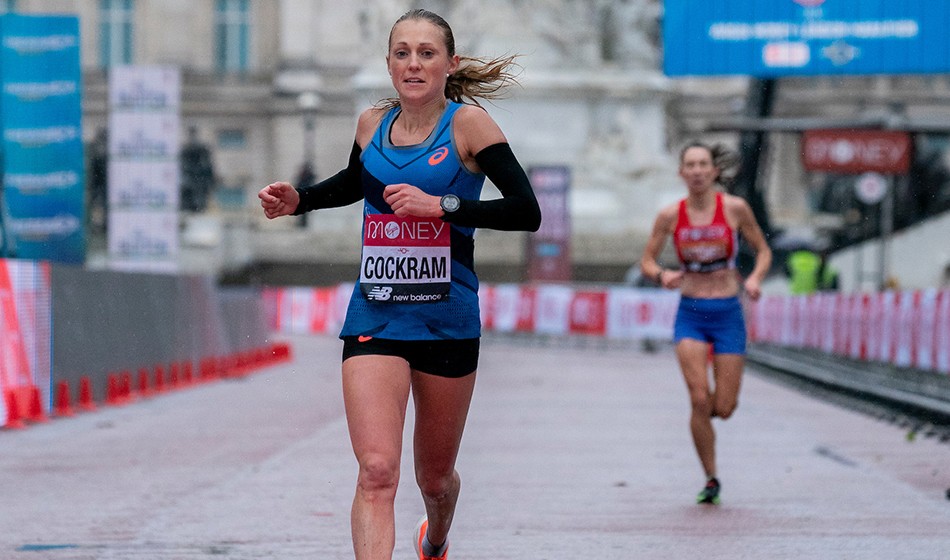 Natasha Cockram seems to have a skill for overcoming adversity.

Marathon build-ups are often rollercoaster rides full of ups and downs and the British champion has had her fair share of setbacks to manage in the lead-up to two of the biggest races of her career so far.

Last year the 27-year-old was badly bruised after being kicked by a horse a few days before racing at the Dublin Marathon, where she broke Susan Tooby’s long-standing Welsh record with 2:30:49.

This time Cockram had injury issues to contend with and admits that, during the week before the Virgin Money London Marathon, she wasn’t sure she would even make it to the start line at all.

Remarkably, Cockram went on to clock 2:33:19 in challenging conditions in the UK capital to win the British title and finish 13th overall.

“It’s kind of an ongoing joke now, I don’t think any marathon build-up for me has been smooth,” she said.

“Last time I got hit by a horse three days before the race, this time three weeks ago I ran the best workout I had ever done and then the next day I couldn’t actually run at all. This time last week I couldn’t even run so wasn’t sure if I would actually make the start line.

“I was in Cardiff Bay Hospital this time last week getting an MRI and ultrasound. I’m really thankful to the team behind me at Welsh Athletics and Sport Wales and the physios I have worked with over the past week or two to get me to the start line.” 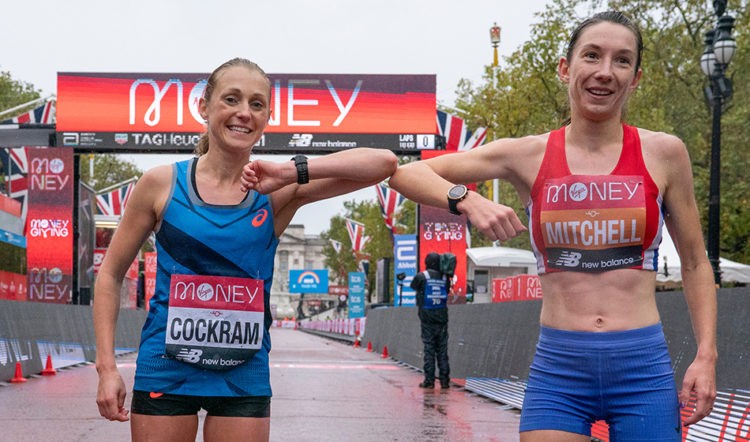 But Cockram revealed that the thanks do not end there, as she also received support in a different way from fellow athlete Alyson Dixon.

The two-time British marathon champion and world 50km record-holder was on pacemaking duty in London but, in the lead-up to the event, Dixon told AW how she had also been helping athletes by sending them footwear if they had been unable to get access to Nike shoes. “I know how hard it is,” Dixon said, “when you’re trying to get a bit of support to make that breakthrough and get more support.”

Six weeks before the race, Cockram tweeted an appeal for some racing shoes and Dixon came to the rescue.

“I’m still unsponsored,” said the Micky Morris Racing Team runner, who had been working full-time in pharmacy alongside her athletics but in the month before the race dropped down to part-time hours and now works in the police force as a researcher.

“Thankfully Aly Dixon sent me a pair of Nike 4% shoes in the post that she had spare so I had been trying those out and then, thanks to Nike, they sent me the Alphafly (which she wore in the race) and also Asics have sent me a few pairs.”

As one of the minority of unsponsored athletes in this year’s London elite field, can anyone recommend where I’d be able to buy some Nike 4% or next percent..or any racing shoe in size 4. Not fussy- just a pair of racing shoes 🤷🏼‍♀️ @UKRunChat @Nike @nikelondon

Now Cockram’s focus will be on getting her injury issue sorted before attention returns to qualifying for the Olympic Games in Tokyo.

“I picked up an ankle injury,” she said, “but we are still unsure what it is. They potentially found a cyst on the ultrasound, so I might have to get that removed.

“Prior to injury I think I was in the best shape I have ever been in, so potentially looking at 2:27 pace. Unfortunately, the conditions and the last few weeks have not been great.”