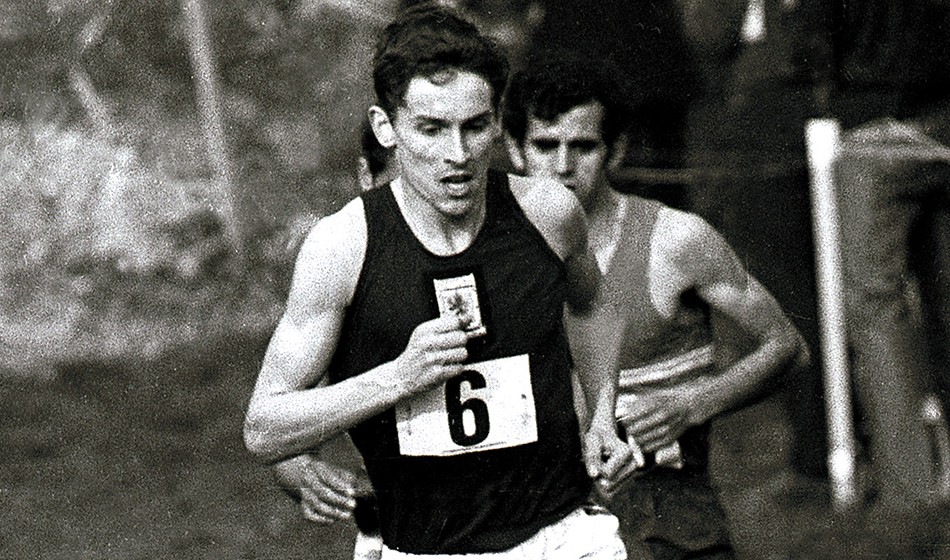 Coming into that winter of 1974, I’d had about 18 months out of athletics when I’d stopped and been doing cyclo-cross. After the Commonwealths in Edinburgh in 1970, I should have got a better coach. In this day and age, I’d have done what Mo Farah did and move. But there wasn’t anybody.

But I got back into running and I went directly to Morocco from winning the European Indoor title in Katowice over 3000 metres. What people don’t seem to realise, if you’re racing indoors, you’ve got a fair bit of speed in your legs for that time of the year.

But I had already had several attempts at the world cross, including when it was the International Championships. Then, in 1975, I thought ‘I’ll run indoors and then cross the next week’.

We were still competing as the home nations so you had Scotland, England, Northern Ireland and Wales heading over. To get to Rabat, you had to fly from Heathrow into Casablanca and you had about an 80-kilometre drive.

The Scotland team got in to the hotel at one o’clock in the morning. The officials were chasing their rooms first and all that nonsense. They were like the landed gentry. I just said: ‘Get us to bed and we’ll sort it tomorrow.’

We went out the next day to the course, which they still use. It’s on a great big trotting track, about a kilometre oval. They set it up to do figure of eights across it, going over horse jumps as well.

I’d run in Tunis as a junior, so I’d seen this before. But the big thing was it was over 90 degrees (32°C). Fortunately, the heat doesn’t really affect me that much, so it didn’t actually bother me. But, on the day, we were in the marquee and 80 per cent of our juniors came in on stretchers and were being given drinks and drips.

The same thing happened to the senior women. My sister Mary was eighth and she was in a bit of a state when it finished.

I was standing watching all this going on. Because you had no medical help, a lot of it was actually using your head and a bit of common sense. You were not going to warm up in the bloody tracksuit like you’re in the middle of England if you have any sense.

John Walker came up to me. He says: ‘What are you going to do to warm up?’ I went: ‘I’m not jogging anywhere. I’m going to do a load of stretching, drink some water. Then I’ll probably do about two or three fast strides out to about 100.’ He went ‘I’m coming with you.’

Being on a racetrack, it was cut up quite badly actually by the time we got on to it. I had long spikes in so it didn’t actually didn’t bother me much. I knew it would be tough, though. There were a lot of really good people, perhaps at the time the best world cross field they’d ever put together.

I’d gone off in the past and died a death later. My plan was to just get up there, sit on the bunch, do nothing, until I got into the home straight.

If you watch world cross, usually it’s really, really fast and then somebody puts the hammer down, the whole field splits and two or three get away.

Mariano Haro of Spain and Bill Rodgers, the American, got away and I went, too. All of a sudden, that gap had gone from 20 to 50 to 60-70 yards. And that happened quite quickly.

It was Bill’s first really big race. He really did put the hammer down and it was him that split the whole group. He may have led by 50 metres at one stage and I thought: ‘You’re going to die the death of 1000 swords later on.’ Which he did.

I knew the course was fast and it suited me perfectly. On the last lap, Haro put the effort in and we dropped Rodgers. And it was just me and Haro. I just sat there until about 150 metres to go and he couldn’t catch me then.

Winning it was a big moment in my career. I don’t compare it to my Olympic bronze in Munich in 1972, which was probably the worst championship I’d ever run tactically. It was just a disaster for me.

I think the thing with world cross, it’s one of the hardest races to win and it has now become even harder.

I remember one time when Mo Farah, Haile Gebrselassie and Kenenisa Bekele and I were all chatting. And Kenenisa says to Mo and Haile: ‘We’ve got something you two haven’t got – and that’s the world cross title.’

» This feature was first published in the November edition of AW magazine, which is available to order online in print here and read digitally here