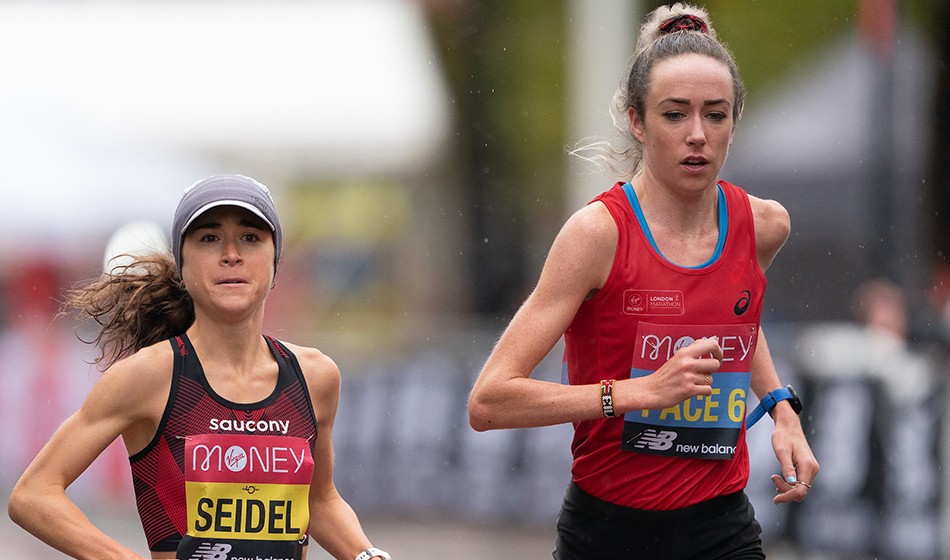 The European 5000m silver medallist (pictured above, right) received a late call to support athletes in the elite-only Virgin Money London Marathon earlier this month as she stepped in to replace the injured Charlotte Arter in pacing the sub-2:25 group.

Her initial aim was to make it to the 15km mark, so around nine miles, but feeling good she ended up carrying on to just over 17 miles for her longest ever run.

It has left the 29-year-old Scot excited for what is to come.

“I obviously was a little scared,” she told AW. “It was quite last minute, I only got the call Friday morning to pace. I didn’t really know what to expect.

“We got into a really good pace and Molly Seidel (who eventually ran a PB of 2:25:13 for sixth place) was running really well, she was on for sub-2:25 and I just felt like I didn’t want her to do it on her own. We actually caught the group in front so she had three other girls to chase.

“At just over 17 miles I peeled off,” added McColgan, who clocked 72:26 at half way and 85:48 through 25km. “It’s the furthest I’ve ever run in my life! So I’m actually quite happy with it and it was an amazing experience overall.” 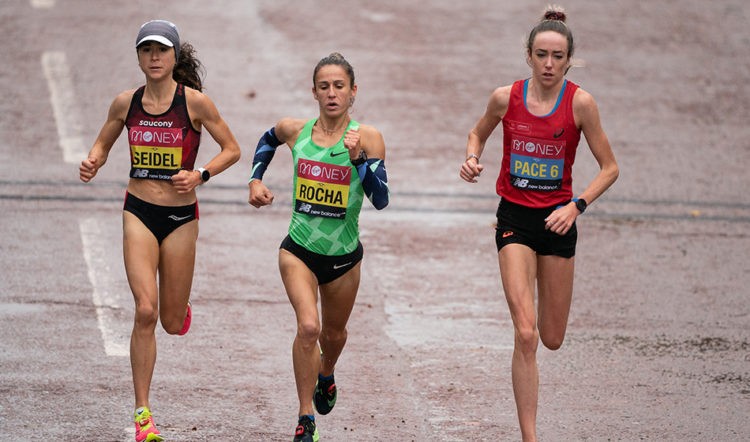 Coached by her mum Liz, the 1991 world 10,000m champion and former London Marathon winner, McColgan has previously spoken about her future road racing career and now intends to turn her attention to the 26.2-mile event after next year’s Olympics in Tokyo.

“I’ve always been very nervous about it (the step up to the marathon) because I am such a low mileage athlete and I have never run over 15 miles as an easy run and I hate it, as well!” she laughs.

“It (pacing in London) has given me a taste of what it is like to run at that pace, a consistent even pace throughout, which is something I’ve not done for a very long time.

“It has definitely given me a lot of confidence and I actually enjoyed it and that for me was the main thing. I really enjoyed it, maybe because it was laps, it was like being on the track!

“It has definitely got me excited now for what will potentially be my first marathon after Tokyo next year. Certainly looking at London 2022 and then hopefully on to the Olympic Games in Paris. My main aim 100% is moving towards the marathon.”

Click here for further coverage from the 2020 London Marathon.