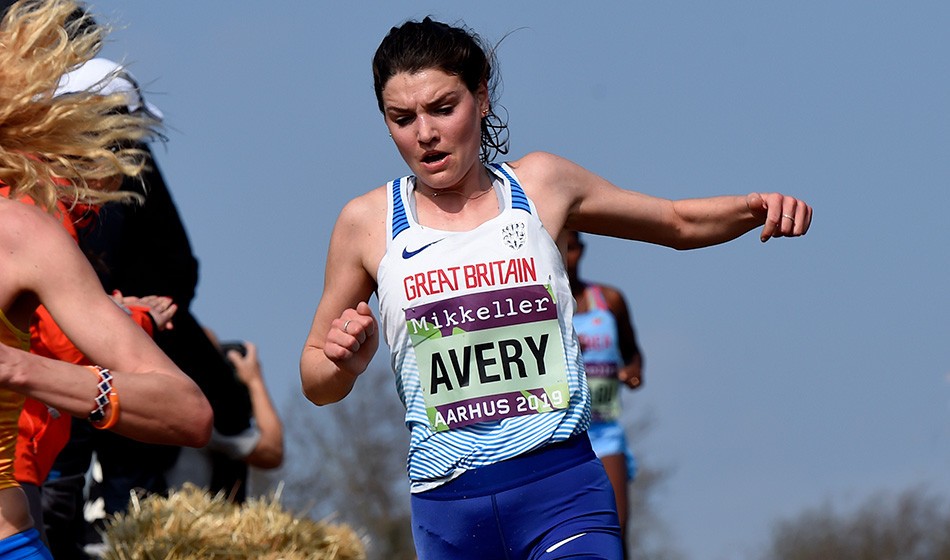 It’s been a long road back from injury for the GB distance runner, but she still has bigger aims

As Kate Avery continues to prove that her patience is paying off, Britain’s top senior athlete at last month’s IAAF World Cross Country Championships is relishing having two global track targets to aim for in the next 16 months.

The 27-year-old admits her comeback after injury was tougher than she initially anticipated, but a strong winter season has set her up well, ahead of a summer which she hopes will end with a place on the GB team for the IAAF World Championships in Doha. After that, her target is Tokyo.

“After the past couple of years, I’m still not back up to the sort of training I was doing before but I’ve got to see it as a process. Track is my main aim because I want to make the Olympic Games. I’ve kind of seen this season as a huge step forward, but I still want to do more.”

After starting her season with second at the Cardiff Cross Challenge, Avery went on to win in Milton Keynes and finish fifth in Liverpool to secure her spot for the European Cross Country Championships in Tilburg – the first time she had pulled on the GB vest since January 2016, and she did so as team captain.

There she placed 15th to help the senior women to secure silver – the ninth Euro Cross medal of her career – despite having a heavy cold.

“Track is my main aim because I want to make the Olympic Games. I’ve kind of seen this season as a huge step forward, but I still want to do more”

The new year began with a ninth place at the Simplyhealth Great Stirling XCountry, seventh in Dundonald and then a road 3km PB of 9:11 to finish fourth at the Armagh International Road Races. She matched that placing at the World Cross trials in Loughborough, where she is based, to win another GB team place for Aarhus.

With an impressive 30th-place finish, Avery led her senior women’s squad to fourth in the team standings.

“It was an experience, to say the least,” she reflects. “I’m really pleased – I think it was another step forward in getting back to where I want to be performing. It was also awesome to be part of such a strong team and finish fourth in the world.”

On her Euro Cross experience, she adds: “I would have liked to have performed better when I was there, but actually, on reflection, just making the team and being captain was a huge honour.

“My speech was quite emotional. You do think about those points when I doubted that I would be back here (running at that level).

“Just being back on the team, competing at that level again, was a huge moment for me.”

Now she is eager for more.

“Making championships is, to me, the best part of the sport,” says Avery, whose main aim after a warm-weather training camp in Portugal will be to race at the Highgate Night of the 10,000m PBs as she sets her sights on Doha.

“I thrive off it and generally I have my best runs at championships. That’s where I want to be, that’s the level I want to be competing at.

“I’d probably be more nervous for a lower-level race or the qualifying race because everything is geared towards making the team or a championship and that’s probably where I feel more pressure.

“If I don’t enjoy that bit (the major stage), I’m not going to enjoy any of it.”