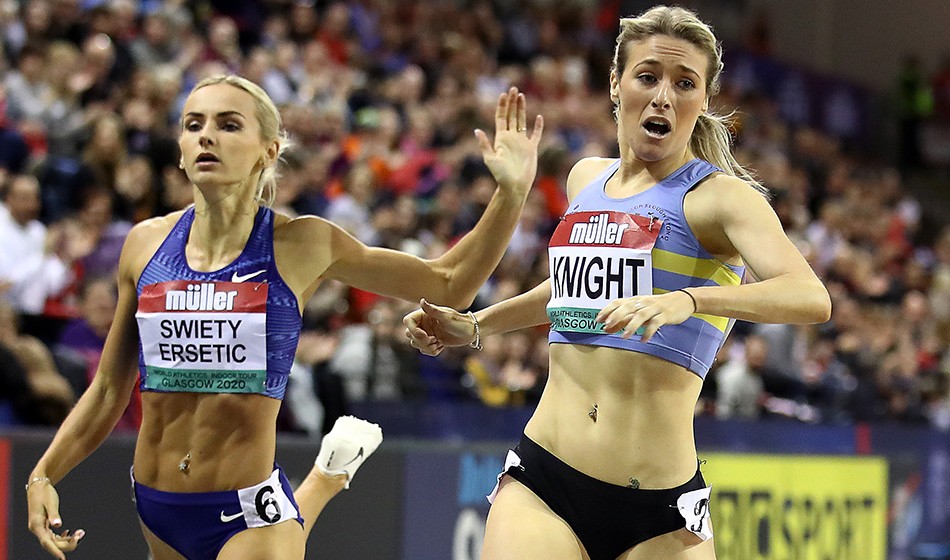 Particularly when an athlete is in such great shape, it is understandable that taking precautions to avoid injury is high on the agenda. For Jessie Knight, however, it is not just her immediate athletics support team that is looking out for her wellbeing. She also has a class full of eight and nine-year-olds acting as her bodyguards.

Knight balances her rising track career with her job as a primary school teacher and when she achieved her indoor breakthrough success in February 2020 she was working full-time at Danetree Primary School in Epsom, Surrey.

As her athletics performances continued on an upward trajectory and she switched from the indoor 400m to her 400m hurdles specialism outdoors, the year four teacher decided to drop down to three days a week at school.

It still proves to be a juggling act but Miss Knight would have it no other way and her motivation to make this year’s Olympic Games is heightened by her passion to do her class proud.

“The dream would be to get to the Olympics because I think it would have such a positive impact on the whole school, especially after having a bit of a rubbish 2020,” Knight explains. “I really hope that things go to plan this year so I can share it with them.

“It’s so funny because the children protect me. When I am going around and marking their books, if they are swinging on their chair they are really scared that they are going to stub my toe or something,” the 26-year-old adds.

“They are so scared of me getting injured, they wrap me up in bubble wrap. It is so lovely that I get to share it with them. Everyone at school is on the journey with me.”

That journey actually started for Knight when she was in year four at school herself and her teacher, Mr Bezodis, spotted her athletics talent. His encouragement brought her out of her shell.

“I was quite shy, to be honest,” Knight remembers. “When I was really little they thought I was deaf because I didn’t speak. My mum would test me and whisper and I could hear perfectly fine, I just didn’t really like talking to people.

“He (Mr Bezodis) made me feel like I was really good at something, which as a child is nice. I hope that I can have that impact on my children.”

From that point Knight continued to combine her athletics with study and work but 2017 was a turning point and she decided to focus on her teaching career.

Luckily for the sport she made a comeback in 2019, teaming up with coach Marina Armstrong, and her hard work really came to fruition last winter when she beat a top 400m field with a big PB of 51.57 at the Müller Indoor Grand Prix in Glasgow. Back at the Emirates Arena a week later, she won her first British title.

“It was an amazing start and then, for coronavirus to happen just a month later, it hit me quite hard because I have never had a GB vest and I felt like I had finally got to that level where I could [achieve one], probably at the biggest event there is, and everything just got cancelled or postponed.

“I was so lucky to be able to have those races outdoors,” adds the Windsor Slough Eton & Hounslow athlete, who improved her 400m hurdles best to 55.27, set a British 300m hurdles record of 39.35, won another UK title and made her Diamond League debut.

“I ran a huge PB over the hurdles and I literally took every opportunity I got. I crammed a lot in but I have learned so much so the outdoor races I did do were really beneficial.” 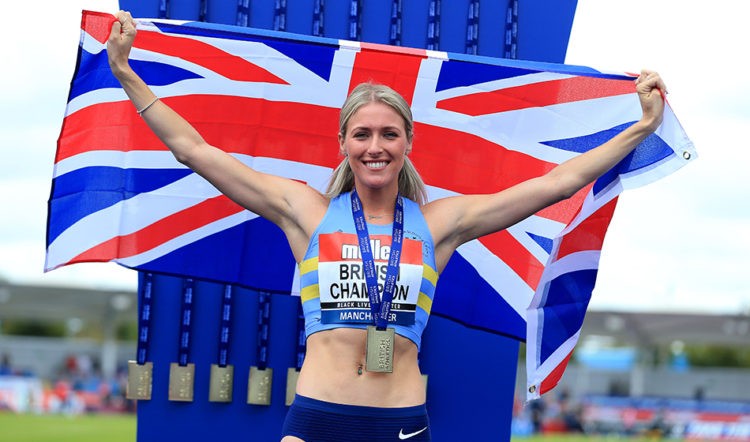 While admitting that initially she was “a bit down in the dumps” following news of the Olympic Games postponement, Knight now views it as another year to be even stronger.

“I felt like it was my moment, in a sense, and as an athlete you don’t know what will happen with injuries and you don’t really get many times where you feel that positive, mentally and physically,” she reflects.

“But I have switched that into motivation and I thought, actually maybe I would have scraped into the Olympics in 2020 but now I am actually thinking I want to get there and really perform.”

Tokyo is not her only goal in 2021, however, and she hopes to make the most of every opportunity, with her sights also on the European Indoor Championships, World Relays and European Team Championships.

“At this point, I just feel really excited,” she says. “I have got a countdown app on my phone of all the things coming up in the next couple of years.”

But the Olympics is the big one and it’s also the event for which her school of supporters will be out in full force.

“I had to tell my class that I wouldn’t be there in January when they go back (while Knight was away on a training camp) and they did look gutted,” she says. “But when I explained why, they said ‘oh you’re training for the Olympics!’

“For them, they don’t think about World Relays and things, they only think about the Olympics, that’s the thing they know, so they said ‘okay, we’re going to miss you but have a good time!’”

» A version of this interview was first published as part of our ‘ones to watch in 2021’ series in the January edition of AW magazine, which is available to order online in print here and read digitally here