From the Lightning Bolt to Zharnel Hughes’ aeroplane 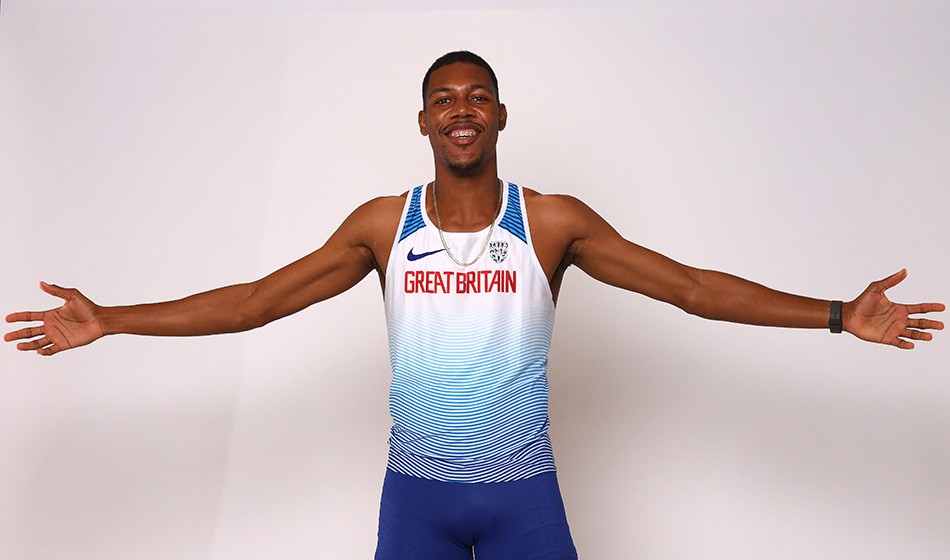 The IAAF World Championships in Doha is the first senior global event since 2003 without sprint star Usain Bolt and while Zharnel Hughes is sorry that fans won’t get to see the Lightning Bolt, he says he is planning his own post-race celebration.

After winning the world youth 200m title in 2003, Jamaica’s Bolt went on to race at the Athens Olympics the following year and he made his senior world championships debut in Helsinki in 2005.

After eight Olympic titles and 11 world gold medals, the 33-year-old hung up his spikes following the 2017 global athletics event in London.

“Hopefully the crowd is just as excited when we go out there!

“As for the Lightning Bolt at the end of the race, they won’t be seeing that, I’m sorry!” smiled the 24-year-old, whose passions outside of the sport include flying as a pilot. “But hopefully you will see other new gestures come in and hopefully I can be one of those.

“I’ve been working on a new gesture, which is the aeroplane. Hopefully once I cross the finish line and I get from the race what I hope to get from it, that you can see a new gesture.”

Hughes is taking on both the 100m and 200m in Doha as well as forming part of the British 4x100m relay squad and he first took to the track for the 100m heats on Friday evening.

The Shaftesbury Barnet sprinter won his heat in 10.08 and, after what he describes as an up and down season, he is hoping all the hard work will come together as he continues his campaign.

“My coach has a plan so I just have to stick with it.

“I’ve even spoken to Usain Bolt about it as well,” he added, “and he mentioned that you have to learn to lose in order to win, and that makes you a champion. I listen to him. This is the world’s fastest man speaking to me about taking losses and stuff like that.

“That was this season, after the London Diamond League (where he ran 9.95 behind Akani Simbine). He got in contact with me. We speak a lot, he is quite cool, he’s like an older brother to me so I look up to him. He is one of those mentors you’d wish to have in your corner and I’m just grateful to have him there.”

"My main goal is to be too fast for everybody else, which means I can do what I want and still win."

Watch our exclusive interview with Jakob Ingebrigtsen from our April issue as we sat down with the Norwegian.