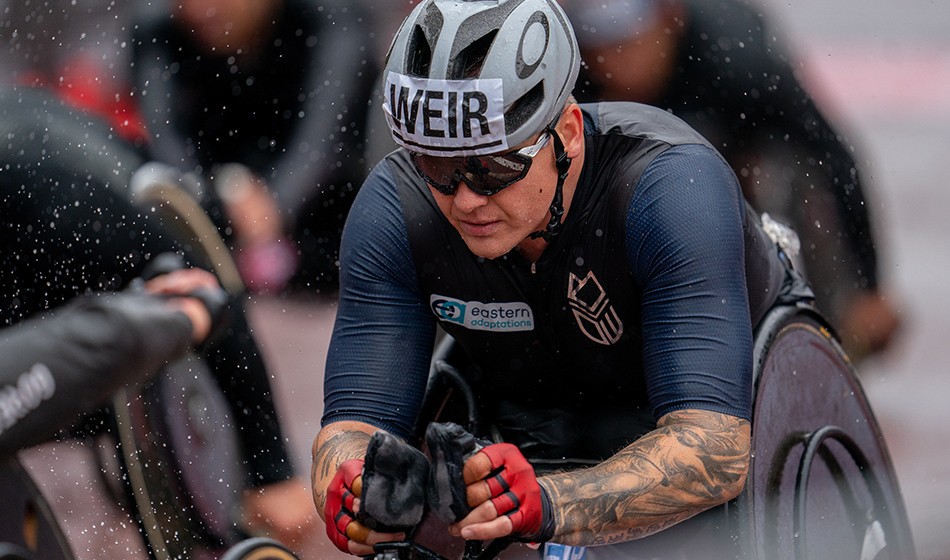 British wheelchair racing great David Weir says rediscovering his love for the sport and ensuring that he is “doing it for me” has helped him through his mental health struggles.

The six-time Paralympic gold medallist has spoken openly about his experiences with depression, explaining how after his great success at the London 2012 Games he felt like he was racing for everyone else, rather than himself.

He has since switched his focus from track to road racing and last weekend the 41-year-old secured a close second in the London Marathon as the eight-time winner competed in the event for the 21st time.

Speaking after the race Weir reflected on his journey and encouraged people to talk and seek support, adding that physical activity has also been key to his mental wellbeing.

“I think you just have to find the right balance of knowing yourself, going to talk to people, but the first thing is to be open with people if you’re really struggling,” he said. “Don’t be scared to talk to anyone.

“The best thing is to talk to strangers, I found. They seem to understand you more, which is a weird thing. Even though I’ve got my coach, my mum, my family and friends, I just felt that when I spoke to someone that didn’t really know me I could open up more and they sort of understood me a little bit.

“I had to find the right solution for me and that was to go off and be on my own for a while and decide what I wanted in life instead of pleasing other people.

“Getting back into training, that helped a lot,” he added. “Any physical activity – even if it’s walking daily or going on a bike ride – it definitely helps you mentally.

“For me, I thought it was the racing and the training that was making me depressed and actually it was the other way around. Once I got back into training and enjoying it again, that’s when I started to feel better.

Weir also talked about his move from living in London to being based in Hastings on the east Sussex coast and how important that has been.

“My partner Victoria has been a massive help in the last year or so and I moved away from the area,” said the Jenny Archer-coached athlete. “Living down in Hastings has made a massive difference as well.

“I felt when I was in London that everyone knew me. Even though when you’re in Hastings you know that people recognise you, I felt a bit free and I still feel that now.

“I was just drawn to the south coast anyway. When I was going through my depression I was always going down there and staying by the sea. It seemed to make me better. When I met my partner it was strange that she lived in Hastings as well. So we were meant to be and I wouldn’t move anywhere else.”