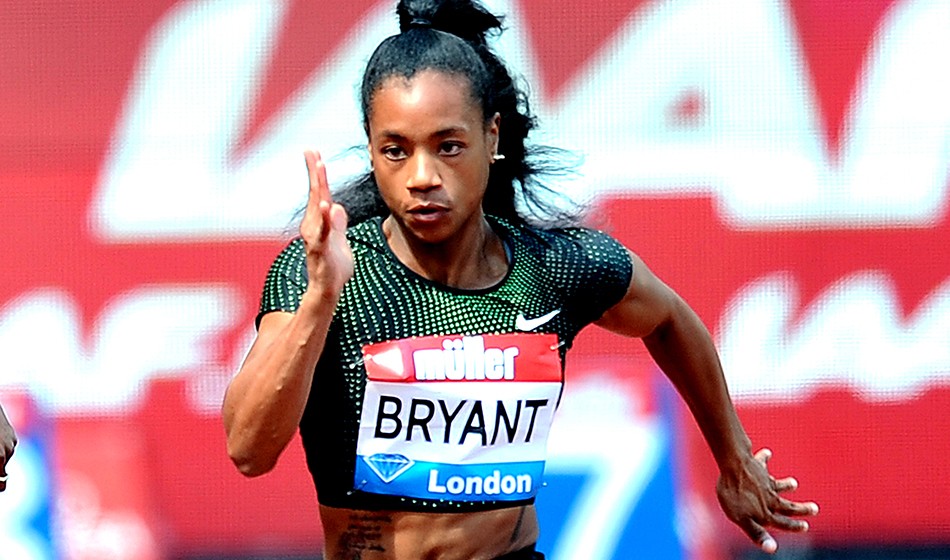 Dezerea Bryant’s goal for 2019 was to make the US team for the World Championships in Doha in the 100m. She had not trained for the 200m but her coach decided to enter her “just in case”.

Bryant was fourth in the 100m at trials, missing selection by one hundredth of a second. She then won the 200m. In Doha she was fifth in the 200m and took bronze in the 4x100m.

So far, 2020 has not gone as planned as a result of the coronavirus pandemic. Here the Florida-based 27-year-old shares insight into her situation.

“It has been crazy,” Bryant says. “I think the craziest thing for me is that everything started getting closed down just a couple of days before I was due to travel to Texas to start my season. Literally two or three days before, we were told they had cancelled the meet because of coronavirus. Now pretty much life is completely different.

“We are not able to do things we could do before. I have never had a year before that I haven’t competed so there are a lot of adjustments. Adjustments by athletes and by coaches. We do everything we can which the restrictions allow, like we go running in a park or do a bike ride.

“Today, for example, we did some free weights, lunges, stretching, core work. We do lots of small things like that.”

“It’s just unknown and we’ve never been in this situation before,” she adds. “I try to remind myself that if we don’t have a season and everything gets cancelled, I can still do my best with the things that I can do.

“It is a strange situation but we’re all experiencing the same thing, so I can’t let the situation be an excuse. I just have to try my hardest with everything I can do at the moment.

“One of the hardest bits of motivation is staying on my diet. It easy to ask yourself why you are eating healthily if there are no races! Our coach has done a good job keeping us motivated and mentally right, but it is hard and I take it day by day.”

“Nothing has changed with the Olympics being postponed,” explains Bryant. “My goal is still to be a first-time Olympian and that will still be the same next year.

“It sucks for people who had planned to retire this year after the Olympics and move on to something different.

“It was the right call and knowing in my heart that postponing was best for everyone helped me a lot to refocus. It is also the case that a lot of stress has been taken away because before they postponed the Olympics we were in a situation where we couldn’t train properly. The track was closed and we didn’t know how long we were going to have to do bike work.

“Not being able to train and knowing it was just a few months to the Olympics, that was a lot of stress on me and the training group. Particularly as we knew that in some other parts of the US, athletes were still able to train because their restrictions were not as severe as ours in Florida.

“It wouldn’t have been fair if we had to go to trials with only four weeks of training when others have been training for months. That was a lot of stress. So, in that sense, when it was postponed we were just relieved.

“We were just focusing on keeping safe and switching the mindset to next year.”