Coping with the coronavirus: a tough 2020 after “phenomenal” 2019 for Danielle Williams 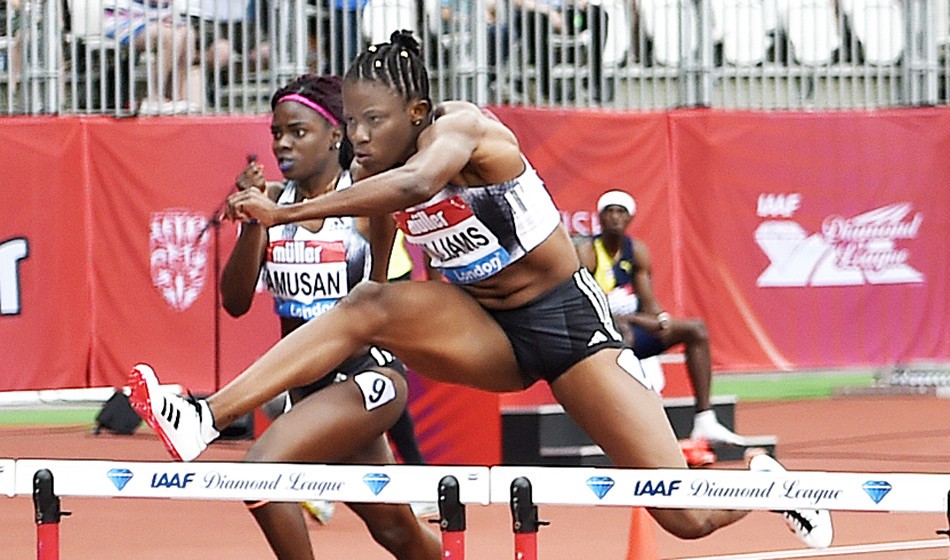 The 2015 world 100m hurdles champion talks about life in lockdown, Olympic postponement and the challenges of a late athletics season

Danielle Williams experienced what she describes as a “phenomenal” 2019 summer season, as the 2015 world 100m hurdles champion set a Jamaican record of 12.32, a time which places her seventh on the world all-time list, and claimed world bronze in Doha.

But the coronavirus pandemic has meant that so far in 2020, she has been unable to pick up from where she left off.

Here the South Carolina-based 27-year-old shares insight into her situation.

“It was a great season”

“All the positive adjectives I can think of apply,” Williams says when asked to assess her 2019 summer season. “It was amazing, phenomenal.

“It was short of nothing that I could have imagined or wanted.”

Rather than being able to build on that this year, right now Williams says she’ll be staying safe.

“The facility where we normally train closed on March 12,” she says, when explaining how she is affected by coronavirus restrictions.

“We found a public track where we were continuing to practise but once they issued the notice of no public gatherings of more than three people, training pretty much came to a standstill.

“I work out in a group of seven – five athletes and two coaches. So the only way we could make it work is if we went out two athletes at a time, but I’m a hurdler and we compete with each other – that’s how we give our best in practice.

“So once the Olympics were cancelled, coach said: ‘Stay safe. Stay inside and once everything blows over we will try to pick it up again’.”

“I go on runs and do some ab work and other exercises at home,” Williams adds. “The furthest I have gone so far is 2 miles which takes me 15-18 minutes, depending how fast I am jogging on a particular day.

“I am a sprint hurdler and I do not enjoy long runs! My friend Natoya Goule (Jamaican middle-distance runner) does 10-mile runs but I cannot!”

“There’s a lot of uncertainty right now but the positive and exciting thing is that coming up we’re going to have intense competition year upon year.

“In a sense everyone is getting a break this year and will be coming back next year and they will be excited just the same. So it’s going to be good.”

How would you feel about a late season if possible, with Diamond League meetings in September or October?

“I’m not sure that would make sense at this point because I and other athletes are not able to practise at the moment,” Williams replies. “And for an event specific person like me, I need a track, blocks and hurdles to prepare to compete at this level.

“Without having those for a prolonged period of time, there is no way that I could get in shape to compete in Diamond Leagues no matter when they are held. At this point there is no end in sight of corona, or of when we’ll be able to resume practice.

“We will have lost months of conditioning, so I’m not sure how much sense it would make to have meets, even at a later date. But if they do, then it’s our job to get into the best shape possible, as quickly as possible.

“If there are to be Diamond Leagues in the fall, then the only way it would work is if we say that this now is the break we would have taken at the end of the season and we then train right through without taking a winter break. That is possible but I don’t think anyone wants to do that, particularly going into an Olympic year and with the World Indoor Championships and possibly the World (outdoor) Championships, but we’ll see what they do.”

“I’m one of the lucky ones because I have a contract and I get paid whether I run or not,” Williams explains. “Obviously, we earn more if we’re on the circuit and racing.

“I have been joking with my family and friends that I might apply for a job just to keep me occupied because I don’t want to be sitting at home. But it is tough for those who don’t have other income.”