Andy Turner on his greatest race 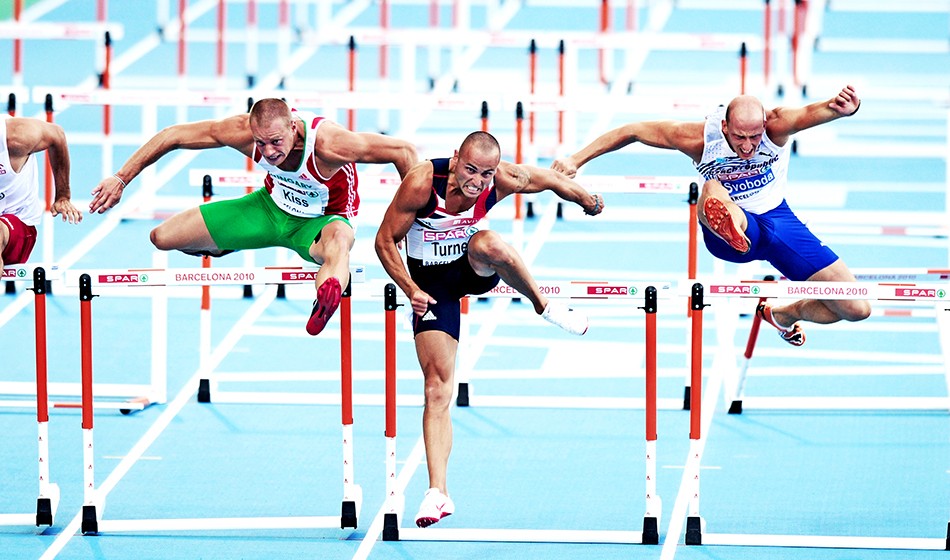 The year before Barcelona, I’d had my funding cut – probably rightly so because I was rubbish at the Beijing Olympics. I campaigned to try and get back on funding but I was told I was too old and too slow to make a final – those were the words that were being used.

When you’re cut from funding, it’s not just the financial side of things. It is the fact that people just chucked me on the scrapheap and that really got to me.

I didn’t need any more fire in the belly to run well because I always gave everything in training – absolutely 100 per cent – but it just gave me a reason to prove people wrong and that’s what kept the fire burning.

I had to back myself up.

But it was a frustrating position to be in, even if I don’t think athletes should rely on funding. That’s something that I learned as I went along. I’d had injury problems where I couldn’t maintain a good stretch of training but, despite that, I knew that if I did have a good stretch, I could still run well. I didn’t feel that I’d reached my best yet.

I knew I was in good shape. I’d had a few good finishes, such as in Bergen for the European Team Championships where I ran 13.48. I had Achilles issues at this point, so I had to really try and maintain that to be able to train solidly. I would always keep on top of it.

I didn’t think I was running the times I was capable of running, though, and the training was showing me better. I just wasn’t nailing a race. And then I went to Barcelona.

What actually sparked my interest in athletics was the Olympics there in 1992 and watching Linford Christie in that stadium. I remember looking at the athletes on TV thinking that they were like superheroes, like movie stars. That they weren’t real.

That’s how it felt and it’s amazing when you can actually achieve something like that yourself. It was just magical seeing all the flashes from people’s cameras on the start line of the 100m – that’s what resonated with me and that was one of the reasons why I wanted to make it to the Olympics.

In Barcelona I ran the heat in 13.48. It felt like I had run relaxed and safe. I knew I was in good shape after that particular race and going into the semi-final but I made a big mistake.

I was winning the race, but I hit the hurdle and Petr Svoboda came past me. But, again, I knew I was in good shape and in the final it flipped around. Svoboda was ahead of me, he made a mistake and I came past him. I knew there was a good time in there and it [13.28] just happened to come in the final. It was quite a good place to do it. 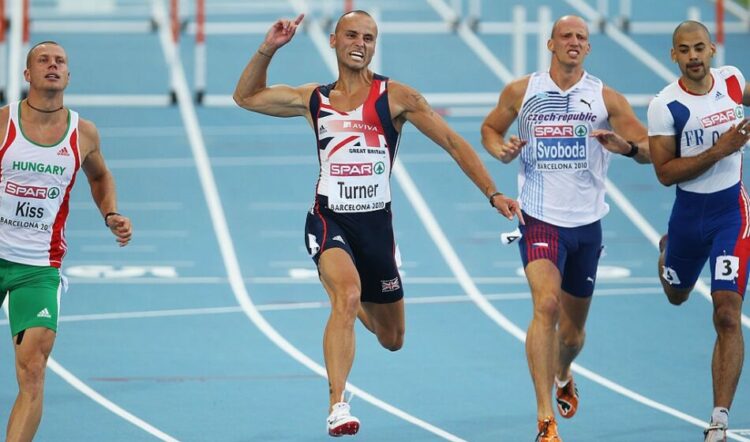 It was honestly the most bizarre competition I’ve been in because I can remember being out there for the heat and the semi but I can’t remember getting out on to the track in the final.

Normally you walk out into a big stadium and you’re really nervous, you’re shaking and the adrenaline’s pumping, but I didn’t feel that. I felt calm. That’s probably the only time I’ve really felt that apart from the Commonwealth final.

I got to hurdle, probably nine or ten, and just clicked into consciousness. Up to then, I remember nothing. I went in just thinking “don’t make a mistake” and then I crossed the line. My arms went aloft and I remember everything after that.

The bare minimum race is where you’ve crossed the line and you don’t know if you’ve won it or you’ve come fourth. But to actually be ahead and know, coming off the last hurdle, that you’ve won this race, and be able to raise your arms and just celebrate crossing the line, is such an amazing feeling.

With athletics, it’s probably 95 per cent downs and negative times where you are just frustrated with it, because something hasn’t gone right. But, every now and again, you just have one race or one moment when everything just clicks into place. It just makes all those frustrations and negative feelings go. That was that one moment which makes everything absolutely worth it.

It was such an amazing feeling in the stadium doing a lap of honour and seeing my parents there. Our head coach, Charles van Commenee, was the first person to try and give me a hug once I’d gone back to the warm-up area.

He was the one who told me I was too old, so it was a really nice feeling, and to see my coach Lloyd Cowan, how happy he was, it was just amazing.

I feel like I really had a point to prove so to win the gold showed the powers that be were wrong. But I also proved to myself that I was right all along – that I did still had something in there that, if I kept injury-free, that could come out and potentially win a medal. And it happened.

» Andy Turner now works with the next generation at gbinspire.co.uk. This article first appeared in the September issue of AW magazine