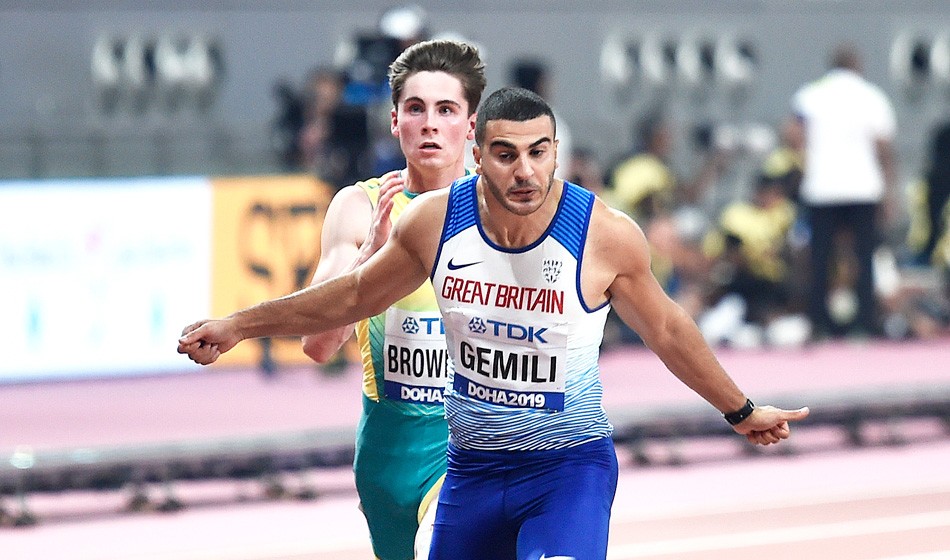 Despite athletes including a certain Usain Bolt having been among his competition in the past, Adam Gemili has never gone into a race thinking that he’s not going to win.

His mindset for the IAAF World Championships in Doha is no different and, following a couple of years of injury struggles, the sprinter says that being back running fit and healthy “feels like a second coming”.

Gemili has a triple target in Doha as he races the 100m, 200m and forms part of GB’s reigning world 4x100m relay squad. The Olympic fourth-placer got his campaign under way on Friday evening by securing his spot in the 100m semi-finals after clocking 10.19 to finish third in a strong heat featuring defending champion Justin Gatlin and three-time Olympic medallist Andre De Grasse.

“I’m really happy to be back running healthy and fit and that shows I think. It feels like a second coming for me,” Gemili told AW as he made his final preparations for the championships at the British holding camp in Dubai.

“I’m excited for the challenge. It might go really well, it might not, but I’m going to give it my best shot and leave it all on the track.”

The 25-year-old has endured hamstring problems in the past and last winter he was put on Lottery funding for the sprint relay but not as an individual sprinter.

However, he made a statement at the British Championships in Birmingham by winning the 200m in a championship record and claiming silver in the shorter event to secure spots for both sprints at the global event and is confident in the training he has been doing under coach Rana Reider.

“We train so hard all year, we’re fit enough to do it. It’s just about managing our bodies,” he said.

“I’m prepared and I know what to expect. Once I’m in the race, I love it. It’s a championship environment and for me, every man for himself.

“I have never gone into a championships as a favourite or even probably in the top eight, I’m never expected to make the final. On the day, it doesn’t matter what you’ve done outside of it, it’s a clean slate for everyone.

“For me, I go out there and give it my best shot. I believe I’m in good shape and hopefully that’s enough to be pushing for the medals and ultimately the gold medal.”