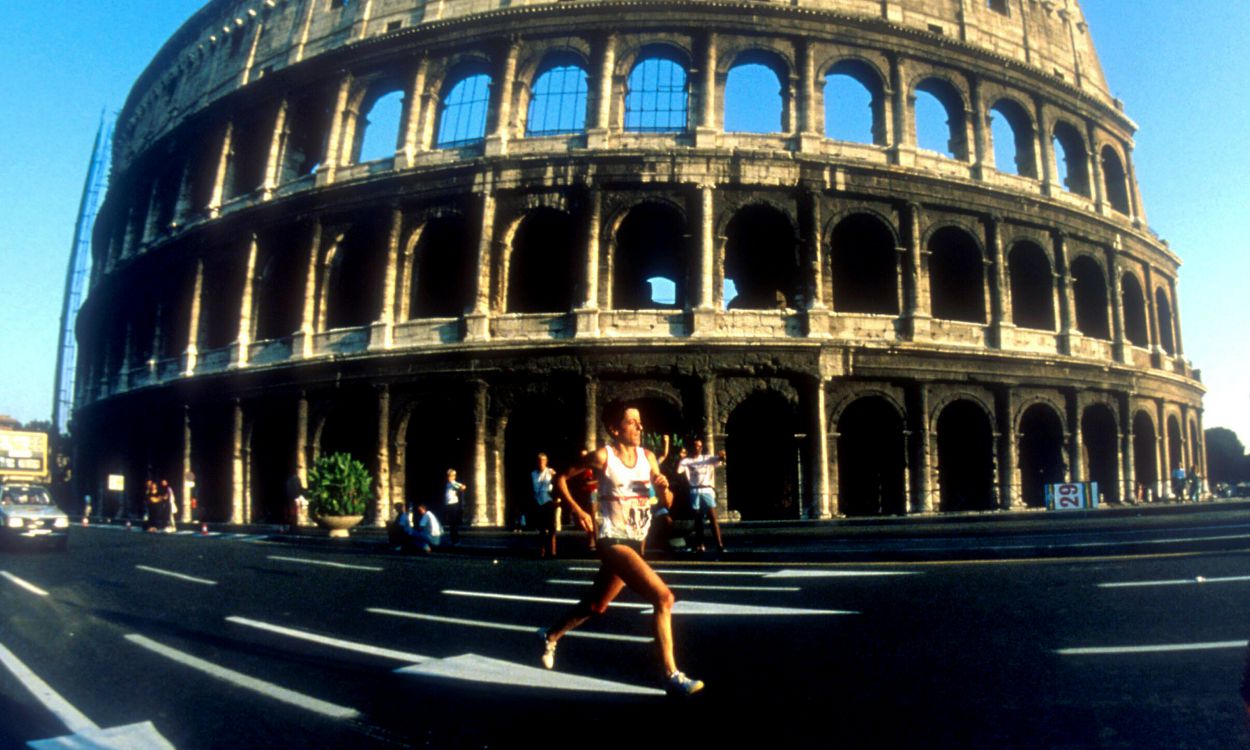 The first IAAF World Championships marathon in Helsinki was a historic event as it was the first global-championship women’s race over the distance, one year ahead of the inaugural Olympic event in Los Angeles the following year.

The first winner was one of the all-time women greats Grete Waitz. The then four-time New York City Marathon winner was a hugely popular winner. She ignored Ireland’s Regina Joyce, who built up a 30-second lead at halfway but was caught in the second half. A sub-17 5km gave Waitz a half-minute lead at 35km and then a brisk 16:22 to 40km opened up a huge margin.

The Norwegian clocked 2:28:09 to finish exactly three minutes ahead of runner-up Marianne Dickerson, who passed Raisa Smekhnova on the track.

Waitz continued winning marathons in the 90s and died of cancer aged 57 in 2011. Britain’s Joyce Smith, who had run in the inaugural Olympic 1500m in 1972, in the first championship 3000m (European in 1974) and won the first two London Marathons in 1981 and 1982, also ran in the first World Championships marathon, finishing ninth at the age of 45.

Portugal’s Rosa Mota won the first European marathon in 1982, finished fourth in Helsinki and then retained her European title in 1986 but then in Rome in 1987, she ran her greatest race. On a tough course in hot and humid conditions, she ran 2:25:17 for the second fastest women-only race marathon time and won by an astonishing seven minutes.

Zoya Ivanova was a distant second, well over a minute behind the Portuguese.

Mota won the Olympics in 1988 and the Europeans in 1990 but her winning sequence came to an end in Tokyo in 1991 as abdominal pains caused her to drop out just after halfway. In a close finish Wanda Panfil of Poland won by just four seconds. American Kim Jones led at halfway and then Portugal’s Manuela Machado broke clear but she was caught at 36km by Junko Asari, who won by just under a minute from Machado.

Machado fared better in Gothenburg in 1995, breaking clear at 30km to win by 46 seconds from the Romanian Anuta Catuna with a three-minute gap to the bronze medallist Ornella Ferrara. The time was 2:25:39 despite the 24C temperature, but the race was 400m short as the runners ran only three laps at the start instead of the prescribed four.

Machado was back in the medals in Athens in 1997, but her expected threat from Olympic champion Fatuma Roba, who led at halfway in 75:42, instead came from the Japanese Hiromi Suzuki. Roba dropped out and the Japanese 10,000m record-holder won by 400m from Machado.

Lidia Simon finished third and she did so again in Seville in 1999. The winner was a huge surprise. Jong Song-Ok was only the Korean No.2, but in stifling conditions – it was 32 degrees at the finish – she smashed the national record in 2:26:59 to finish just three seconds in front of Ari Ichihashi.

After taking her country’s first world title, she never ran another marathon.

Roba had broken clear in the last 5km but faded to fourth behind Simon.

Simon made the podium again in Edmonton in 2001, but this time took gold as she won a hard-fought race against Japan’s Reiko Tosa in 2:26:01 after a 71:53 second half. Her compatriot Constantina Dita broke clear to lead by two minutes at halfway but eventually faded to 10th. Her moment of glory was to come seven years later in the 2008 Olympics.

Dita again broke clear early in Paris in 2003 but faded and dropped out. Gold went to former world record-holder Catherine Ndereba, who distanced the field with a 15:58 5km after 35km. Her time of 2:23:55 was the fastest championship marathon up to that point.

Ndereba ran much faster in Helsinki in 2005 but this time was well beaten by world record-holder Paula Radcliffe.

Radcliffe had run seven previous global championships, winning just one silver medal from the Seville 10,000m, but she ran a perfect front-running race in cool and wet conditions and was clear at halfway in 69:49. She extended her lead to a minute as she ran a championship record 2:20:57 with Dita finishing third ahead of former Olympic and world 10,000m champion Derartu Tulu.

Temperatures of up to 32 degrees in Osaka in 2007 ensured the slowest ever winning time. More than half of the 66-strong field were in contention at halfway and it was Ndereba who won by just eight seconds in 2:30:37 to regain the title. Zhou Chunxiu was a close second for China and Reiko Tosa, who was runner-up in Edmonton, gained her second medal. Mara Yamauchi was ninth to match Smith’s second highest equal best performance by a Brit.

China went one better in Berlin in 2009 as 20-year-old Bai Xue pulled oﬀ a surprise victory and they also won the team title by five minutes from Japan, who were led in second by Yoshimi Ozaki.

Although Ndereba had been Kenya’s only medallist in this event, that all changed in Daegu in 2011 as they gained the first ever clean sweep. Edna Kiplagat, who was tripped by her team-mate Sharon Cherop at the last drinks station, recovered to win a slow tactical race in hot weather in 2:28:43.

In Moscow in 2013, Kiplagat was 30 seconds down at 10km but then had a good battle with Italian Valeria Straneo but broke clear in the last 2km to win in 2:25:44. Japan took third and fourth places with Kayako Fukushi and Ryoko Kizaki and they dominate the points table with almost twice as many points as any other country. Susan Partridge ran an excellent race to finish a surprisingly high 10th in 2:36:24.