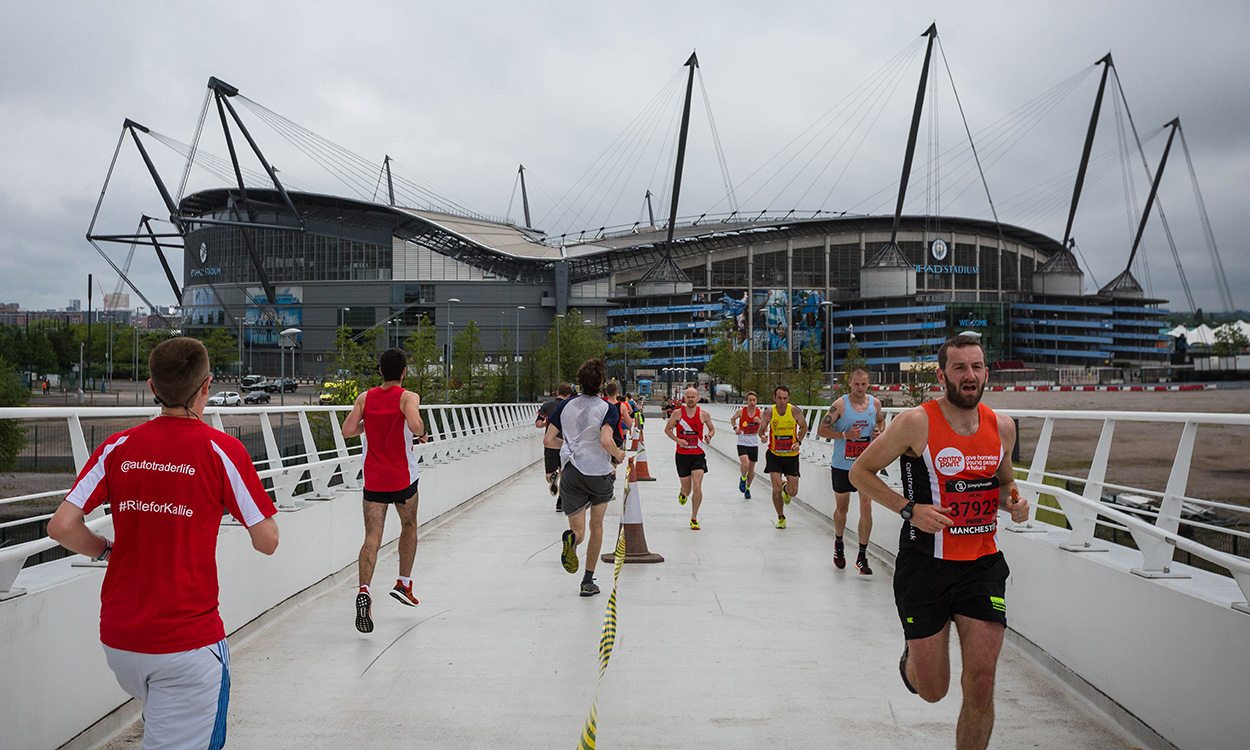 Manchester’s newest half-marathon returns for a second year as part of the Simplyhealth Great Manchester Run weekend on Sunday May 20.

The Simplyhealth Great Manchester Run half-marathon was staged for the first time in 2017, and organisers have made a few tweaks to make it even better in 2018.

Here’s a quick run through of what to expect from the city centre 13.1-mile event.

KINGS OF THE ROAD

This is the only opportunity you will get to run on the infamous Mancunian Way motorway! For one day only it is closed to cars and welcomes thousands of runners. This year’s event will use both carriageways; one side as you approach the east of the city and the other side as you return towards the west.

GIVE US A WAVE

The Simplyhealth Great Manchester Run start line is known for its buzzing atmosphere, with an energetic warm up and Manchester anthems booming from the speakers along Portland Street. This year, half-marathon participants will set off in two separate waves which will give everyone a bit of space and maximise the chances of getting a personal best, if that’s your goal. The first wave will start at 9am, with the second wave starting at 9.10am.

To give runners a better half-marathon experience, organisers have altered the route around Manchester City’s Etihad Stadium. Now, you will enter off Ashton New Road, follow a route around the stadium then head over the Nexen Tire Bridge towards the Etihad Academy. This will remove the pinch points identified by last year’s participants and means that United fans don’t need to spend too much time in the area!

Simplyhealth Great Manchester Run half-marathon participants will be provided with a source of energy on the course, thanks to Official Energy Gel Providers, Science In Sport. Energy gels will be available on the course, as well as four water stations at 3, 6, 10, and 11.5 miles.

The course will provide plenty of atmosphere with bands on the run, charity cheer points, musical entertainment and thousands of spectators shouting your name – but you can’t beat that finish line feeling as you head up Deansgate alongside Beetham Tower. You’ve made it!

Visit greatrun.org/manchester to find out more and enter.