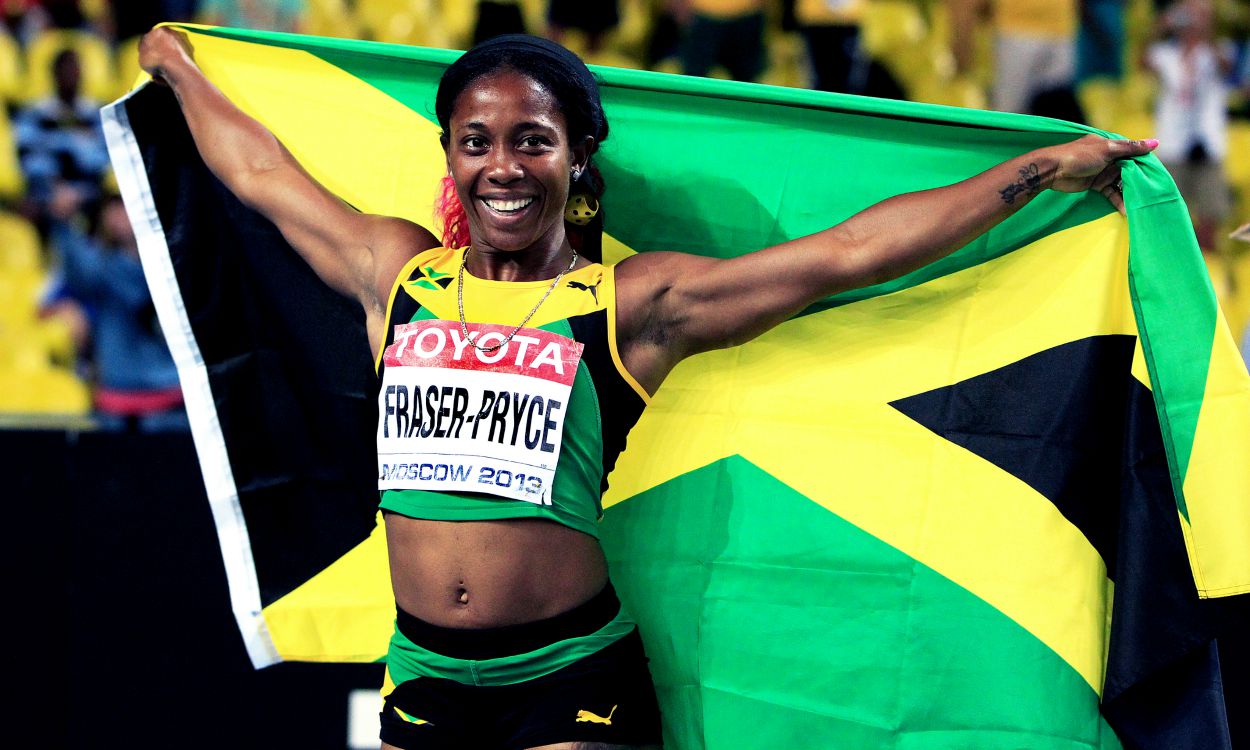 As Beijing beckons, we continue our event-by-event World Championships history series by looking at the women’s 100m

The 100m at the first World Championships, in Helsinki, was billed as a match-up between Marlies Gohr and Evelyn Ashford as both had set world records earlier in 1983 with the American’s 10.79 making her marginal favourite.

World 400m record holder Marita Koch led initially. Ashford had an average start but was closing on the East German pair when her hamstring intervened and she jumped into the air and stopped. Gohr passed her team-mate to win by half a metre in 10.97.

Gohr couldn’t even make the final in Rome in 1987, but there was still an East Germany one-two as Silke Gladisch beat long jump specialist Heike Drechsler by a tenth in 10.90, having run a windy 10.82 semi-final. Drechsler would have been closer, but she was last out of the blocks and only sixth at halfway and, though she closed on the winner and passed Merlene Ottey, she had to settle for second.

Ottey, who was also fourth in 1983, was a big favourite for Tokyo in 1991, having been unbeaten in 56 finals, and then a windy 10.78 semi final strengthened that position. In the final, though, she got a poor start and appeared to be rocking backwards when the gun went.

European champion Katrin Krabbe had a clear lead at halfway and, although American Gwen Torrence and Ottey closed, Krabbe held on to win by less than half a metre in 10.99. That time was extra impressive considering a 3.0m/ sec headwind and the win marked a unified Germany’s first world title at any event.

Gail Devers won the 1992 Olympic title by one hundredth of a second and won again in Stuttgart but this time the margin was only one thousandth of a second. She beat Ottey into second, and she was greeted with a sympathetic two-minute ovation at the medal ceremony.

Torrence was a close third and then in Gothenburg in 1995 the American won in 10.85 to win her seventh world championships medal ahead of Ottey, who claimed a record eleventh in 10.94.

At the age of 37, Ottey made her sixth final in Athens in 1997 but this time could only finish sixth. The winner was yet another American, Marion Jones. A former sprint prodigy who had run a world age-15 best of 11.17, this was her first major senior event and she had a great battle with Zhanna Pintusevich and prevailed in 10.83, though the Ukrainian thought she won and set off on a lap of honour.

In Edmonton in 2001, Jones lost her unbeaten run of 42 final victories, when she was surprisingly beaten by Pintusevich Block, who had given her such a good race four years earlier. The Ukrainian won in 10.82 to Jones’ 10.85. The American was to lose her silver medal retrospectively when she confessed to doping and she served a six-month jail sentence for earlier lying in court. She kept her two earlier titles, though.

Things were even messier in Paris in 2003. American Kelli White was a shock winner in 10.85 but failed a drugs test after also winning the 200m and gold was awarded nine months later to Torri Edwards, who ran 10.95. Third across the line was Zhanna Block, who eventually lost her medal when she was also caught up in the BALCO scandal. However, while she lost her Paris silver and other results from December 2001 onwards, she was curiously allowed to keep her Edmonton gold.

There were no known drugs problems in Helsinki 2005 and gold went to diminutive Lauryn Williams in 10.93 as she narrowly held off the late challenge of Veronica Campbell.

The placings were reversed in Osaka in 2007. This time Campbell was ahead but Williams closed and the margin was the closest apart from in Stuttgart as the Jamaican won in 11.006 to Williams’ 11.008 as for the first time ever gold was won with an 11-second time. Carmelita Jeter and Edwards gave USA three of the top four.

In Berlin in 2009, Olympic champion Shelly-Ann Fraser set a Jamaican record of 10.73 but was pushed all the way by team-mate Kerron Stewart. There was good depth and Chandra Sturrup ran the fastest ever time for seventh of 11.05, beating her previous mark of 11.06 from the Seville final 10 years earlier.

Jeter was third in Germany in 10.90 but that time was good enough for gold for her in Daegu in 2011 as defending champion Fraser-Pryce faded to fourth after leading.

Campbell-Brown took silver and placed in the top four for the fourth successive time.

Fraser-Pryce, the double Olympic champion, was back to her best in Moscow in 2013 and she won easily in a world-leading 10.71, two metres ahead of Murielle Ahoure’s 10.93 and Jeter’s 10.94. The American thus won her fourth successive medal.

USA had four of the eight finalists and, having won 15 medals, seven of them gold, they easily top the points table from Jamaica, even with lost points from Jones and White.

By finishing seventh in her semi final, Asha Philip equalled the best ever result by a Briton and her heat time of 11.29 has only ever been beaten by Joice Maduaka’s 11.28 quarter final in 1999.