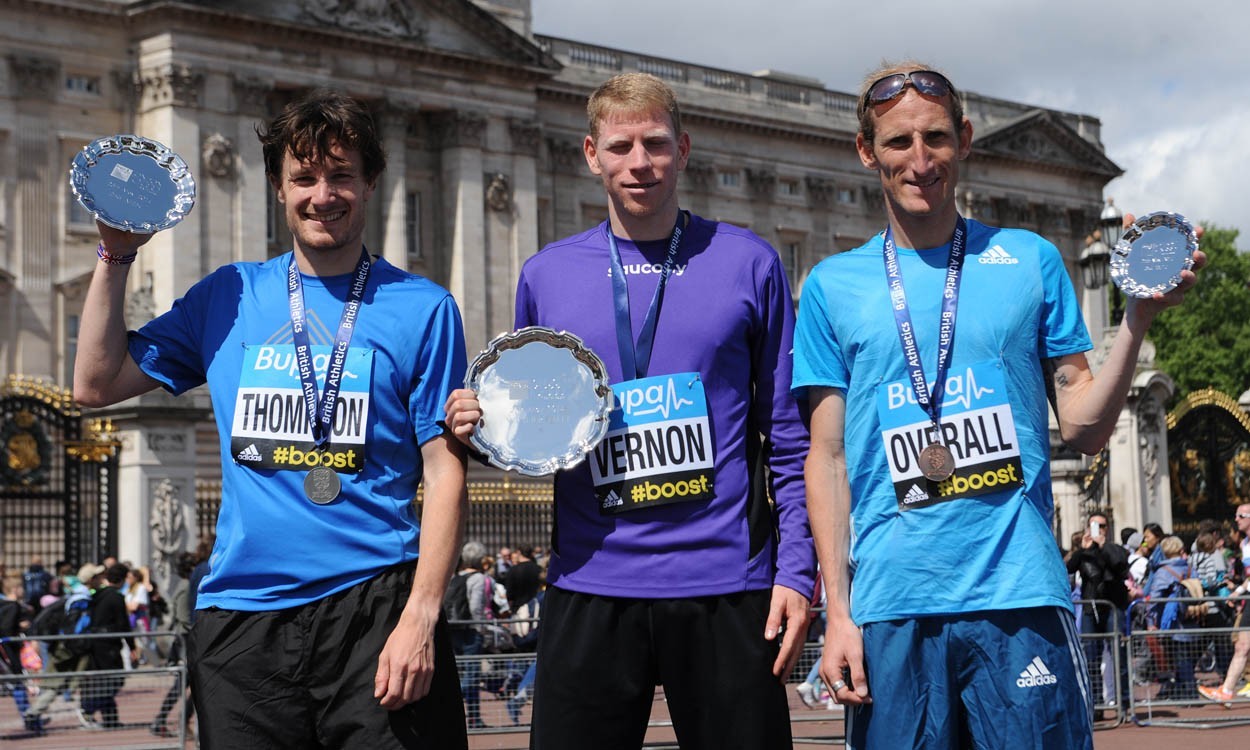 Andy Vernon continued his current fine form at the Bupa London 10,000 on Sunday to win the event with a strong final last few kilometres.

After a brisk start the pace slowed mid run and four runners disputed the final 3km. Chris Thompson put in a 2:50 eighth kilometre to take him and Vernon away but Vernon upped the pace himself in the ninth kilometre to break clear.

Looking strong and relaxed, Vernon – who was a late addition to the field after the news that Mo Farah had withdrawn – won by 15 seconds in 29:33.

Thompson, slightly hampered by an Achilles injury, was second and Olympic marathoner Scott Overall was third in 29:55.

Neil Burton had an excellent run in fourth among the big names to also break 30 minutes.

Gemma Steel was another to carry on her good form to easily win the women’s race in 32:53.

Behind her there was a competitive battle for second. Stevie Stockton, who was also a late addition to the race, was surprised to finish second having been injured for five months after the European Cross trial in Liverpool.

She ran 33:35 just ahead of consistent Tish Jones as one of the favourites Louise Damen faded over the second half.

The event included the British 10K Championships with Vernon and Steel claiming the honours.

» See next week’s AW, out May 29, for a more in-depth report together with pictures and results from the Bupa London 10,000