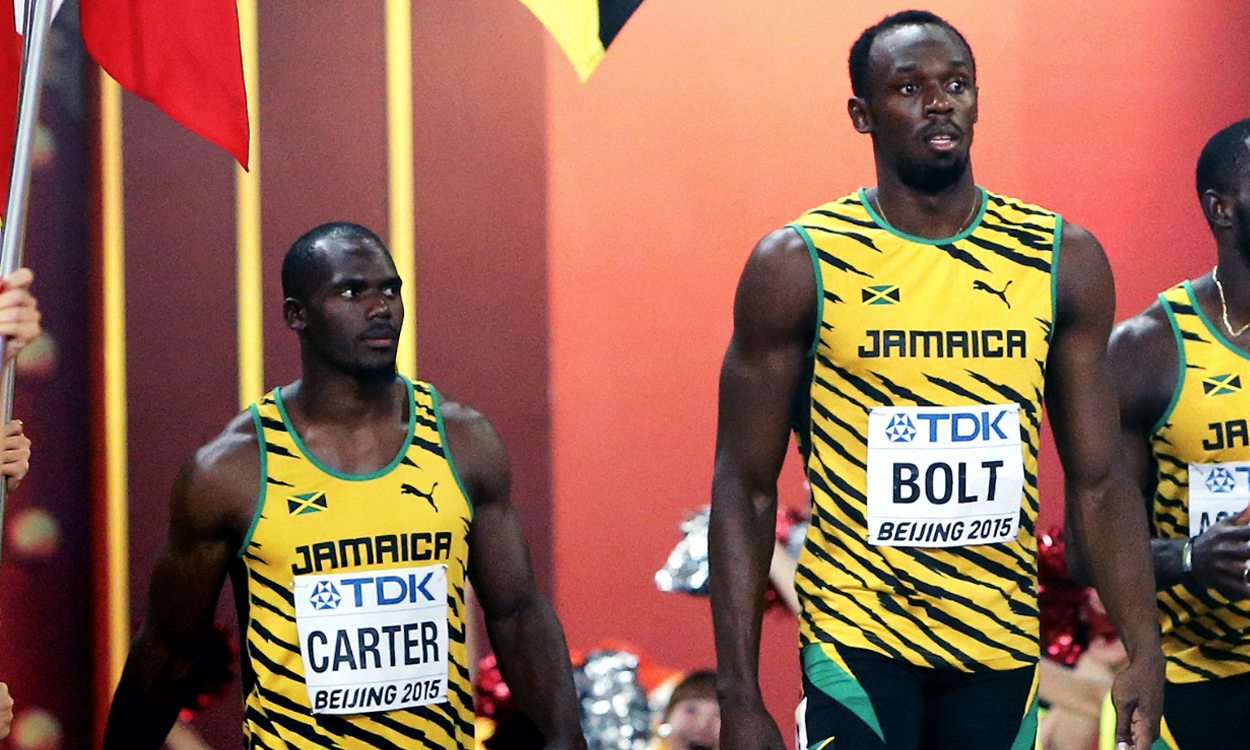 Usain Bolt is set to no longer be a nine-time Olympic gold medallist after the International Olympic Committee (IOC) confirmed that Jamaica’s Beijing 2008 4x100m relay team would lose their title as a result of team member Nesta Carter testing positive for a banned substance.

Bolt had seemingly completed a ‘triple triple’ in Rio last summer as he added gold medals in the 100m, 200m and 4x100m to titles in those events claimed at both Beijing 2008 and London 2012. But on Wednesday (January 25) the IOC announced the disqualification of the Jamaican team from the men’s sprint relay event in Beijing after reanalysis of Carter’s samples from the 2008 Games resulted in a positive test for the prohibited substance methylhexaneamine.

According to the BBC, Carter’s lawyer has said the sprinter will lodge an appeal with the Court of Arbitration for Sport, while Jamaica is said to be considering an appeal against the decision to withdraw the medals from Carter’s team-mates.

Carter ran the opening leg of the men’s 4x100m relay final which saw the Jamaican team – also featuring Michael Frater, Bolt and Asafa Powell – clock a then world-record time of 37.10 to take the 2008 title ahead of Trinidad and Tobago, Japan and Brazil.

“Nesta Carter, 31, of Jamaica, competing in the men’s 4x100m relay event (round 1 and final) in which he and his team-mates ranked 1st and for which they were awarded the gold medal, has been disqualified from the Olympic Games Beijing 2008,” read an IOC statement in part. “Re-analysis of Carter’s samples from Beijing 2008 resulted in a positive test for the prohibited substance methylhexaneamine.”

The statement added: “The Jamaican team is disqualified from the men’s 4x100m relay event. The corresponding medals, medallist pins and diplomas are withdrawn and shall be returned.”

A statement from the IAAF read: “Once the IOC’s case and any appeal is concluded for the disqualification of Nesta Carter from the men’s 4x100m event at the Olympic Games Beijing 2008 for an anti-doping rule violation, the IAAF will take it to the Jamaican federation to determine Carter’s sanction beyond this disqualification.”

The IOC also announced on Wednesday that Russia’s Tatiana Lebedeva, who claimed Olympic silver medals in both the triple jump and long jump events in Beijing, has also been disqualified from the 2008 Games.

Reanalysis of Lebedeva’s samples from Beijing 2008 is said to have resulted in a positive test for the prohibited substance dehydrochlormethyltestosterone (turinabol).

According to Russian news agency TASS, the 40-year-old will be filing an appeal.