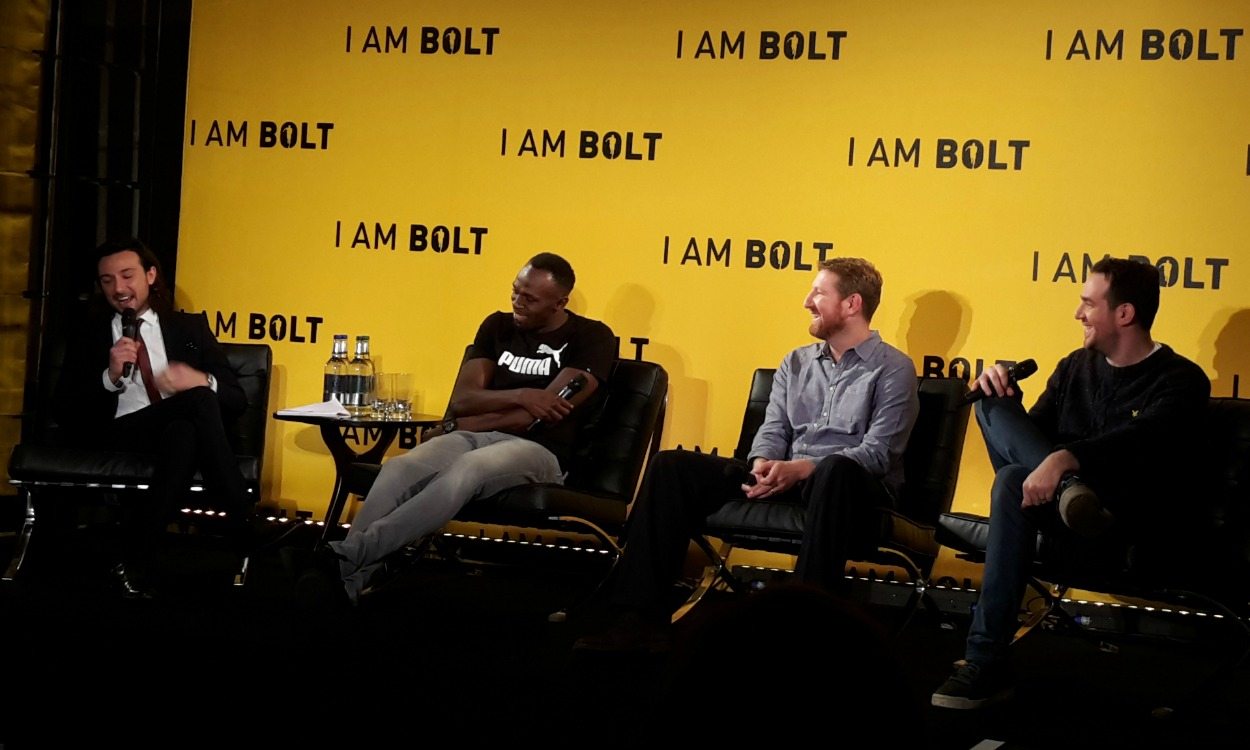 While the Jamaican sprint star says next year will be more relaxed, he certainly doesn’t intend for his winning ways to come to an end

On a day which saw the many successes of Usain Bolt revisited with the release of new documentary I Am Bolt, the Jamaican sprint sensation reinforced how his sporting story won’t be stopping there.

Recently back in training following the completion of his incredible ‘triple triple’ which saw the 30-year-old win Olympic 100m, 200m and 4x100m titles for the third time in Rio, Bolt spoke of his goals for 2017, his reasons for continuing to compete one more year and his post-retirement plans.

The nine-time Olympic and 11-time world gold medallist has made no secret of his intention to hang up his spikes after the IAAF World Championships in London next summer but the new documentary, directed by Ben and Gabe Turner, highlights Bolt’s previous struggles with motivation – so why, when he has already accomplished so much, is he pushing himself to go another year?

“For me, it’s mostly for the fans,” he explains, speaking at a press conference in London ahead of the I Am Bolt premiere. “The thing about this year is there’s no pressure, it’s much more relaxed. Me and my coach have discussed that we are going to change my training regime and do different things, so it’s not going to be as intense as the seasons before.

“I’m giving people an opportunity to see me at my last world championships, maybe in Jamaica in my last run in Jamaica, so it’s mainly for the fans this season.”

That’s not to say he won’t be giving it his all, though. In case you hadn’t noticed, Bolt doesn’t like losing.

“I’m always going to be prepared,” he says. “No matter how much I’m relaxed I’m still a competitor, I still never want to lose. I’m definitely going to train hard. I won’t be running the 200m this year, so we’ve just got to find different ways of getting fit without doing the longer distance. I’ll definitely be at the top of my game when it comes to the championships.

“I never want to lose, in any way,” the world record-holder adds. “Even a simple board game, I don’t want to lose. For me, even though I say it’s for my fans, I still want to go and compete at my best. It’s just not as much pressure as it has been for the past eight years.”

IAAF president Seb Coe has described a “hole in global sport” that Bolt will leave when his competitive career comes to an end, but the Jamaican intends to remain a part of athletics as well as concentrating on charity work. “Those are the two main things that I am really focused on after I retire,” he says. That, and doing some training sessions with German football club Borussia Dortmund.

Next on Bolt’s agenda, however, is switching the track for the red carpet as he celebrates the release of I Am Bolt. The film highlights Bolt’s struggles and that is something that the sprint legend was keen to get across.

“People always say to me, that I make it look so easy. It’s not,” he says. “I wanted to make people see what I went through to get to where I’m at today.

“When I watched the movie I could feel all the emotions throughout everything. I was reliving my life when I was watching that.

“I wanted people to see the struggles, the pain, the triumph, the stress. An insight on my life.”

» I AM BOLT is out now on digital download, Blu-ray and DVD now