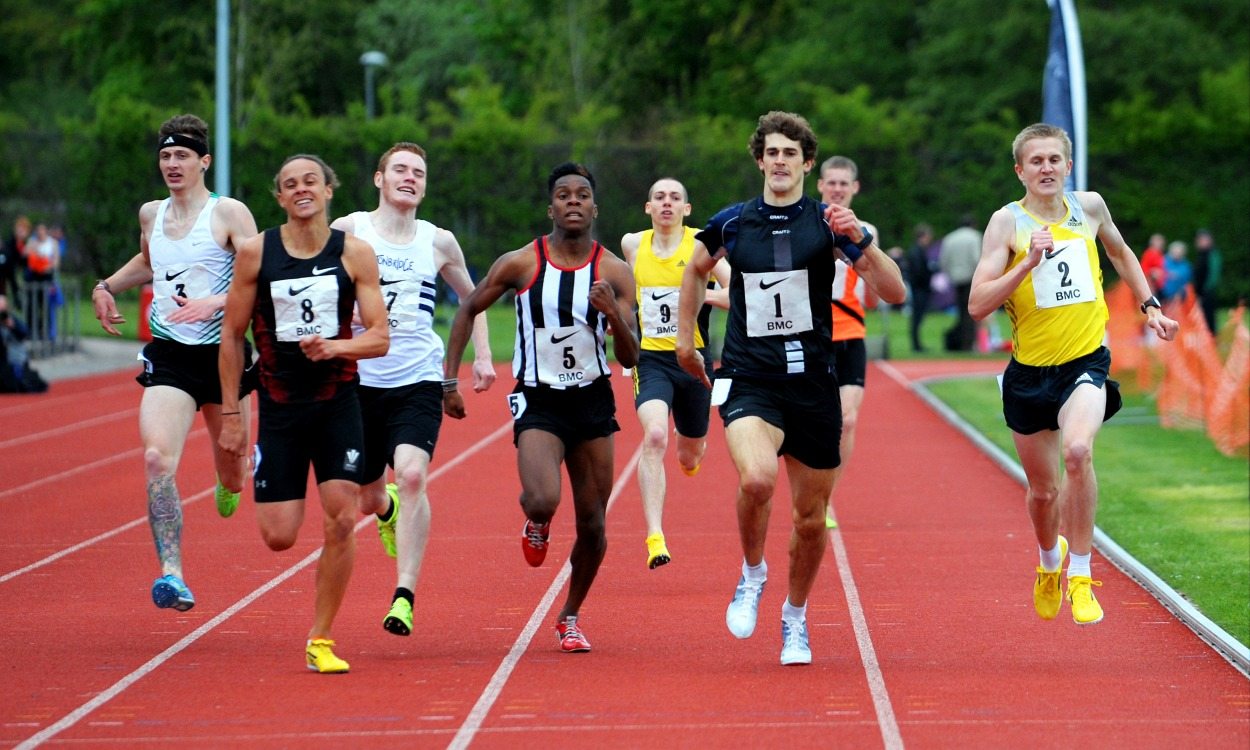 Preparing for the middle and long distance events for this summer season should ideally have started at the beginning of the winter season back in September or October last year. Everyone has their own take on how these preparations should pan out, but one of the biggest mistakes is having a good winter and undoing the benefits of those long arduous months by reducing the volume drastically come the advent of the lighter nights.

It is always relevant to understand what an athlete and coach are trying to develop over the winter. If we go back to the beginning of the winter and the overview of the previous year’s track season, hopefully a clear picture for the intended goals will have been made.

If we categorise runners into some basic types and what their target distances are, the planning will become even easier. Basically, we are looking at 800m, 1500m, 5000m and 10,000m aspirants, those who are naturally speedy and those who have to work extremely hard to get some decent pace into their legs. Added to that list, we have those who are good at cross country and want to excel at that discipline as well as track; those who use cross country as a training medium for the summer; those who abstain from cross country and use the indoor circuit or road races as a platform towards the summer.

For those entrenched in the traditional cross country ethos, it is worth realising that running is very much a “horses for courses” and a one-size approach unfortunately doesn’t fit all. Those who don’t use the cross country racing ethos should be more than able to make-up for their abstinence on the training ground courtesy of a grassy terrain.

The winter months should ideally be split into around four different phases. Phase 1 (September-November) is a general ‘training to train’ period where the aerobic base is widened with good steady mileage and the inclusion of some reps at around 5km pace and perhaps some hill running. Phase 2 (December-January) usually sees the pace and intensity increase along with a maintenance of volume and is sometimes referred to as a ‘training to race’ period. Phase 3 (February-March) can be defined as a ‘training to win’ or ‘training to attain goals’ time-span. The final Phase 4 (April- May) is clearly a ‘preparing for the track’ block and for some can also include a rest or an easy period before the transition into more intense and specific summer work.

It is quite obvious that an 800m runner will not be doing the high volume workload of a 5/10km runner. However, a huge error among many athletes and coaches is that those two laps of the track rely purely on speed. Of course, you need to be able to run fast and relaxed through 400m, but going through 550-600m and beyond requires great aerobic capacity.

You can see evidence of this in almost any race; the field is tightly bunched at the bell yet half a lap later the composition of the field and individual body language is much different. In essence, it is the conditioning of an athlete that is paramount. I am convinced, therefore, that an 800m specialist should be training more like a 3/5km runner through much of the winter – not forgetting that speed in some form should never be too far away.

Although some athletes are fortunate enough to possess natural speed, the conundrum lies with those who need to look for it on a continual basis. Three runners in my training group have run a sub-50sec 400m at the end of a tough workout. That is truly a blessing, and without putting a negative slant on this, others struggle to run 55-56 sec and have to bust a gut to do that. These two different categories have to work somewhat differently to maximise what they have.

Added to this dilemma can be the lack of strength in certain body areas that are preventing an athlete from producing power and thus speed. Such weak areas can include: gluteal muscles, hamstrings, quadriceps and calf muscles along with poor biomechanics. Weights, drills, bodyweight exercises, Swiss balls, medicine balls, box jumps are just some of the useful external means of improving strength and power.

Now the clocks have gone forward an hour, don’t be one of the many who forfeit grass sessions solely for the track. Yes, you do need to gravitate towards the speediness of the track, but neglecting the staple sessions can be costly in terms of endurance and if you haven’t got that vital component, it doesn’t matter how fast you are if you can’t use it.

Although it is agreed that an 800m specialist will be doing much less volume than a 10,000m runner over the course of a winter, it is possible that these disciplines can train together effectively in some sessions with some major adjustments to content including volume, distance, number of reps and recoveries.

For those with natural speed, that asset isn’t going to change and therefore speed endurance and aerobic capacity can be worked on with gusto. Your not so speedy runners also need to make sure that they work extremely hard at what they are best at (endurance), but also give some special attention to ‘turning their legs over’ on a regular basis.

Most athletes think they have to run very fast to improve their speed and although in some cases this may be true, it is more practising running fairly quickly regularly matched with better endurance that will help with advances in pace and the ability to run faster with less effort. Efforts at the end of a session over 40-50m at 100% instil the neurological responses needed and if done regularly, help enormously in getting some speedy improvements.

» David Lowes is a Level 4 endurance coach, an England Athletics national coach mentor and university coordinator as well as head of the BMC Academy