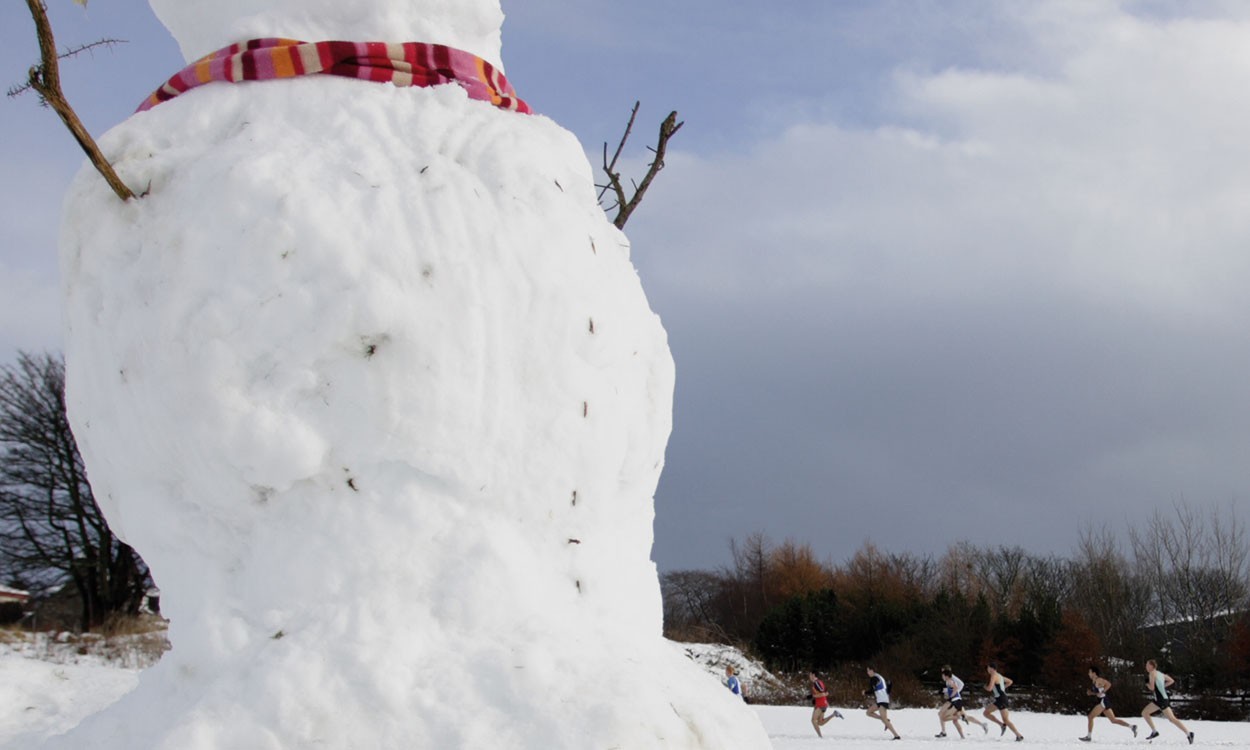 Who will, and who won’t, be training this Christmas Day? Some of the stars of British athletics share their festive training plans

As Daley Thompson once said: “Train twice on Christmas Day. Your competitors may only train once…”

So who will, and who won’t, be taking a leaf out of the double Olympic decathlon champion’s book and be training on Christmas Day this year? Athletics Weekly took to Twitter and asked some of GB’s track and field stars to find out.

British 100m and 200m record-holder Dina Asher-Smith @dinaashersmith
No I won’t! Simply because Christmas Day falls on a Friday this year, which is my rest day anyway.

Multiple British race walk record-holder Tom Bosworth @TomBosworth
I will be training on Christmas Day. It gives you such a buzz, and I hate missing a day for no reason.

World T37 400m record-holder and gold medallist Georgie Hermitage @Georgie400m
I will train on Christmas Day, probably at 6am before my daughter wakes up so I can still enjoy the day with her.

British long jump record-holder and world silver medallist Shara Proctor @SharaProctor
No, I will not be training on Christmas Day because that’s a day I reserve to spend time with my family and celebrate the birth of Jesus.

2010 European 10,000m silver medallist Chris Thompson @Thommo10k
I’ll most probably take a day off on Christmas Day as distance runners don’t get many days off in a year. So this day is as good as any to give myself the excuse to chill. Any athlete knows a big key to success is being happy so a day off with lots of fun involved will help that.

Paralympic, world and European champion and multiple world record-holder Hannah Cockroft @HCDream2012
It’s up to coach if I train on Christmas Day, but I expect I will be! I don’t mind it though, as it makes you feel a little less guilty when you sit down for Christmas dinner (and open that third selection box)!

European 800m runner Alison Leonard @LENrun800
Yes, I run on Christmas Day but not serious training. I like to do a long slow run, usually with my dad so a bit slower than normal!

Paralympic and world champion and world record-holder Richard Whitehead @Marathonchamp
Yes will be training on Christmas Day, out on the road for a steady 40-minute jog with my Santa hat on! It is important to make use of training time as there’s just eight months to Rio and it’s also important to visualise how 2016 is going to pan out.

British outdoor high jump record-holder Isobel Pooley @IsobelPooley
No way! Christmas is a time for being together and my family is the most important thing in the world to me. There’s plenty of rest and recovery in our training program already so it’s not difficult to coincide days off with the festive period, especially when all the facilities are closed anyway! What everybody forgets is that you’re still moving towards your goal when you’re not actively training, as long as you’ve put the work in to get those wheels rolling in the first place! Although I’m a bit addicted to training I will limit myself to a few first-thing yoga moves and maybe some core work on Christmas Day.

European and Commonwealth 1500m medallist Laura Weightman @LauraWeightman
Yes, I always run Christmas morning. I love getting out on my usual beach loop after opening presents. It builds a good appetite for Christmas dinner and lots of chocolate!

British 5000m champion and world finalist Tom Farrell @farrell_osu
Yes I’ll be training on Christmas Day, mainly so I will feel slightly less guilty for the copious amounts of turkey, trimmings and desserts I will be eating!

British pole vault record-holder Holly Bradshaw @HollyBleasdale
I will be having Christmas Day off as always. Christmas is a very special time for me, I always go home to spend time with all my family. All year round I live at the other end of the country to them so I like to make the most of it! I will be training in and around Christmas but Christmas Day itself is reserved for having a good time with my family.

European indoor 60m hurdles silver medallist Lucy Hatton @LucyHattonXxx
I will not be training on Christmas Day and I never will. I dedicate the majority of my days in the year to my athletics and like every other athlete that means sacrificing seeing family or the ones we love so Christmas is focused on my family because it’s special for us.

Decathlete and British indoor heptathlon record-holder John Lane @85_lane
Yes I will be training on Christmas Day. Every facility is obviously closed on Christmas Day but there is a local grass track around the corner from my house that is always open. I will still go for a run followed by some circuits and some drills before I eat my own weight in food.

» Whether you will or won’t be training this Christmas Day, remember you can still read about it! Check out Athletics Weekly’s dedicated performance section online here