Toni Minichiello on building a champion 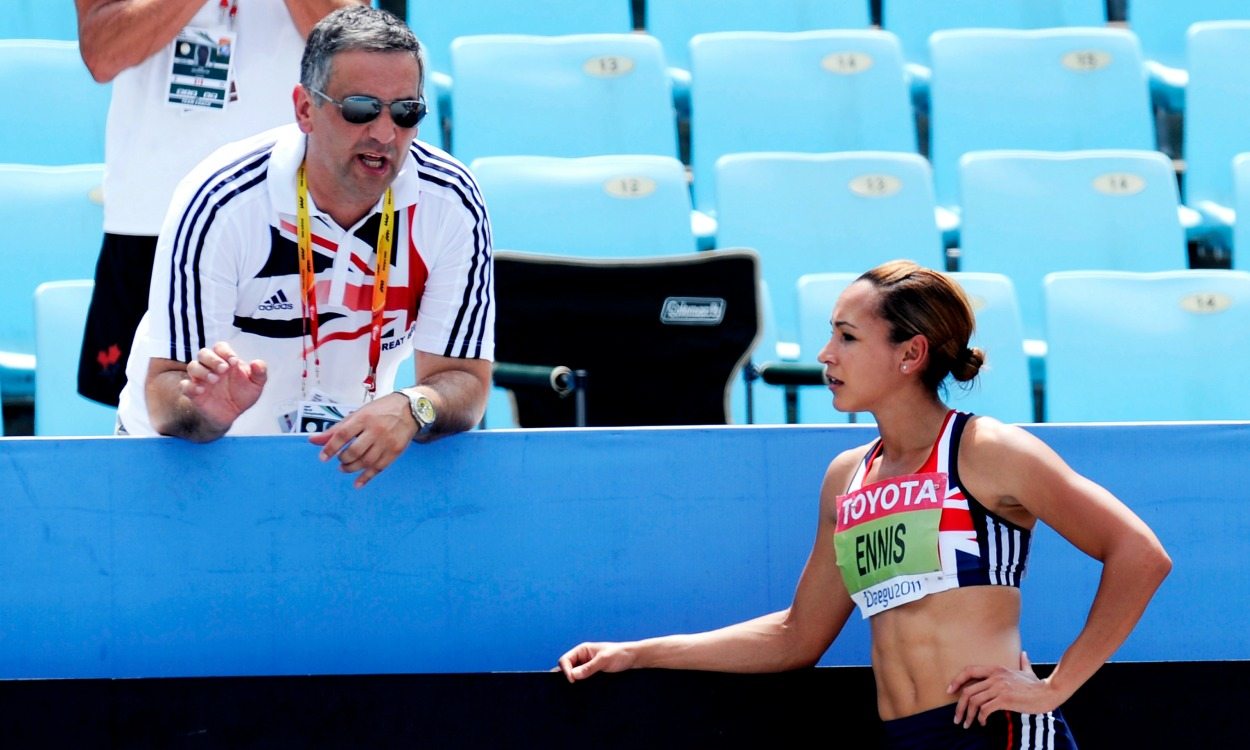 How do you build an Olympic champion? Toni Minichiello famously did it with Jessica Ennis-Hill back in 2012, not to mention grabbing a couple of world heptathlon titles along the way.

So what’s the secret of success? Is there a magic ingredient? A Eureka moment?

Not necessarily. In fact, Minichiello’s first priority is usually a simple one – to keep an athlete in his charge engaged and, crucially, having fun.

“With Jess I suppose it’s the same as with anybody,” he says. “You get a young kid and they look alright, they look good, they look quick and you think ‘oh, that’s promising’ but then who knows what the future holds?

“So you just work with them. Initially it’s (a case of) will they keep turning up? Do they keep enjoying it? Are they doing the things that you want them to do and will they progress in the sport?

“As kids progress, you set incremental benchmark targets – ‘can I get a medal in the counties? Can I get a particular performance? Can I qualify for the English Schools?’

“Everything is step-by-step. You never try to push them too far – you always look at them taking small steps and having fun.”

Since Ennis-Hill announced her retirement last week, much has been said and written about the bond which existed between the athlete and coach. They worked together for 18 years but, as Minichiello points out, there wasn’t any great instant connection – again, it was a case of developing things gradually.

“How can you have a strong bond with a 13-year-old (straight away)?” he says. “You get on with them well enough and you talk to them and try to engage but, ask any coach, the level of response you get from a 13-year-old child when you say ‘how does that feel?’ it’s just a blank stare as they search for the correct answer! And you have to spell it out that you’re asking them how they felt.

“You just develop the relationship over a period of time. Initially she was working with one of the other coaches – my ex-wife Nicola – but when she got more into coaching bobsleigh she came to me and said ‘could you look after this kid because I’m going to be away on the bobsleigh circuit?’.

“So, at the age of 13 Jess came to me but I’d always been supportive of the programme because she was in Nicola’s training group so that’s really the fundamental coaching that she’d had.

“So it was just a case of ‘fair enough, we’ll just continue to progress and see where this goes by the time she’s an under-20′, with the important thing being keeping somebody active, keeping them in the sport.

“That’s part of the coach relationship. It isn’t all about the success that you achieve. It’s about ‘can you kind of career plan?’ By that I don’t mean a huge thing all the way to the Olympics, it’s just ‘can you keep this person engaged in the sport so that they continue to turn up after the age of 16, where we get dropout?’.

“It’s a critical thing and I think too many people are looking at the performance outcome, because that’s how we’re orientated now, instead of ‘you know what, I just want the kid to turn up, to keep enjoying it and smiling, joining in and getting better’. That’s really what I want.

“Instead it should be ‘let me go, let me compete and let me see how I get on’.  Have fun and finish the thing with a smile, for goodness sake.”

» Read more about Jessica Ennis-Hill and her impressive career in the October 20 edition of AW magazine. You can read Toni Minichiello’s regular blog at coachtorio.com