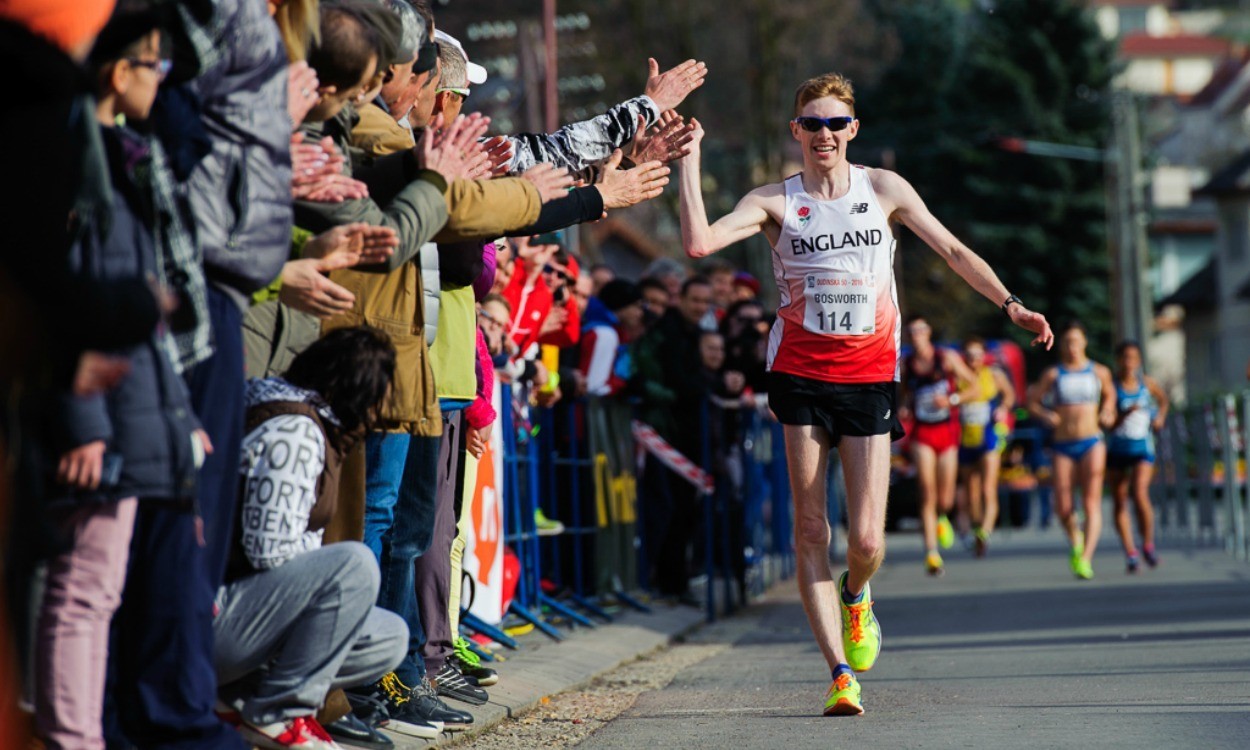 The multiple UK record-holder clocked 80:41 to win in Dudince and better a mark which had been set in 1988

Bosworth’s winning time takes 81 seconds off McCombie’s record, which was set just over a year before Bosworth was even born.

The 26-year-old has a good record when racing in Slovakia as his British indoor 5000m race walk record set in January was clocked in Bratislava.

After going though the halfway point in 39:58, Bosworth maintained his British record pace to beat Italy’s Matteo Giupponi with 80:52 and Sweden’s Ato Ibanez with 80:54.

“I’m very happy,” said Bosworth. “I knew I’m in the form of my life and have been desperate to break the 20km record to complete my set.

“I knew the form I was in I should by pass it and send a real message to the rest of the world. I did that and I know I have more in the tank to give. Exciting times for the World Race Walking Cup in May and of course Rio!”

Callum Wilkinson was a clear winner of the under-20 10km race walk event as he clocked 41:36 for a time just five seconds outside of his own British junior record set in Coventry this month.

Poland’s Rafal Augustyn won the Dudinska 50 in 3:43:22 as the IAAF Race Walking Challenge reached Europe for the third meeting in this year’s series. Finland’s Aleksi Ojala was runner-up in 3:46:25 ahead of Poland’s Adrian Blocki with 3:47:16 as the top eight athletes all broke 3:50. Ireland’s Alex Wright was sixth in 3:48:31.

Dominic King won the British Olympic 50km trial at the event, securing his spot for Rio.