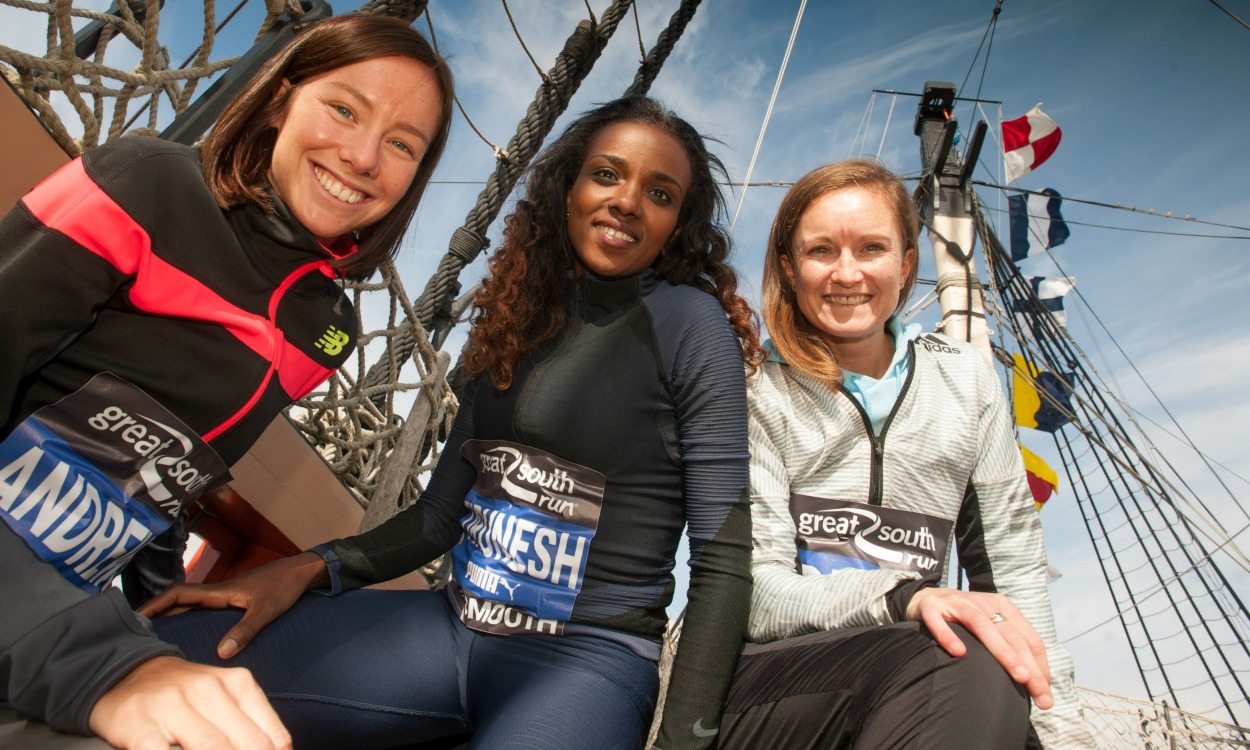 After securing victory at the Great Manchester Run in May on her competitive comeback after the birth of her first child, three-time Olympic gold medallist Tirunesh Dibaba is keen to end her year with similar success at Sunday’s Great South Run.

The five-time world track gold medallist also placed third in last month’s Great North Run half-marathon behind Vivian Cheruiyot and Priscah Jeptoo, but Dibaba was forced to withdraw from the Great Scottish Run earlier this month with a calf strain.

Now she returns to British road race action to make her 10-mile debut.

“I am feeling well and looking forward to running on Sunday,” she told AW, speaking through an interpreter. “I had a calf strain but I have recovered from that and I have done my training.

“This is my final race of the year so I want to achieve a very good result,” added Dibaba, who explained that she had continued half-marathon training in preparation for the race. “I was third in both Rio and the Great North Run so I want to finish it off with a good result.”

Prior to her comeback in May, Dibaba had not competed since the 2014 edition of the Manchester 10km event after giving birth to her son, Nathan Sileshi, in March 2015. Reflecting on her return, she added: “I see my whole year as good and successful because after the birth I didn’t do a lot of training. I think what I have achieved is good for me.”

Among those lining up alongside Dibaba on Sunday will be her fellow Ethiopian Senbere Teferi, the world 5000m silver medallist who finished fifth at the Rio Olympics, plus European half-marathon silver medallist Veronica Inglese of Italy, recent Great Birmingham Run winner Elizeba Cherono of Netherlands and British Rio Olympians Jess Andrews and Alyson Dixon (pictured).

“Senbere is a good runner but I have prepared very well to have a good result,” said Dibaba. “I am looking forward to the race and hopefully I will succeed.”

After Sunday’s Great South Run, Dibaba will turn her attention to a spring marathon as the 2014 London Marathon third-placer, who clocked 2:20:35 on her 26.2-mile debut, works towards the IAAF World Championships in London.

“I am not going to have a lot of rest because I have to get back into shape,” she said. “Next year I am thinking of a marathon. I’m looking into a spring major marathon but for the World Championships I have not decided whether to run the marathon or the 10,000m.”

» Fans in the UK can watch Great South Run action live on Channel 5 from 10am, while the October 27 edition of AW magazine will include coverage of the event