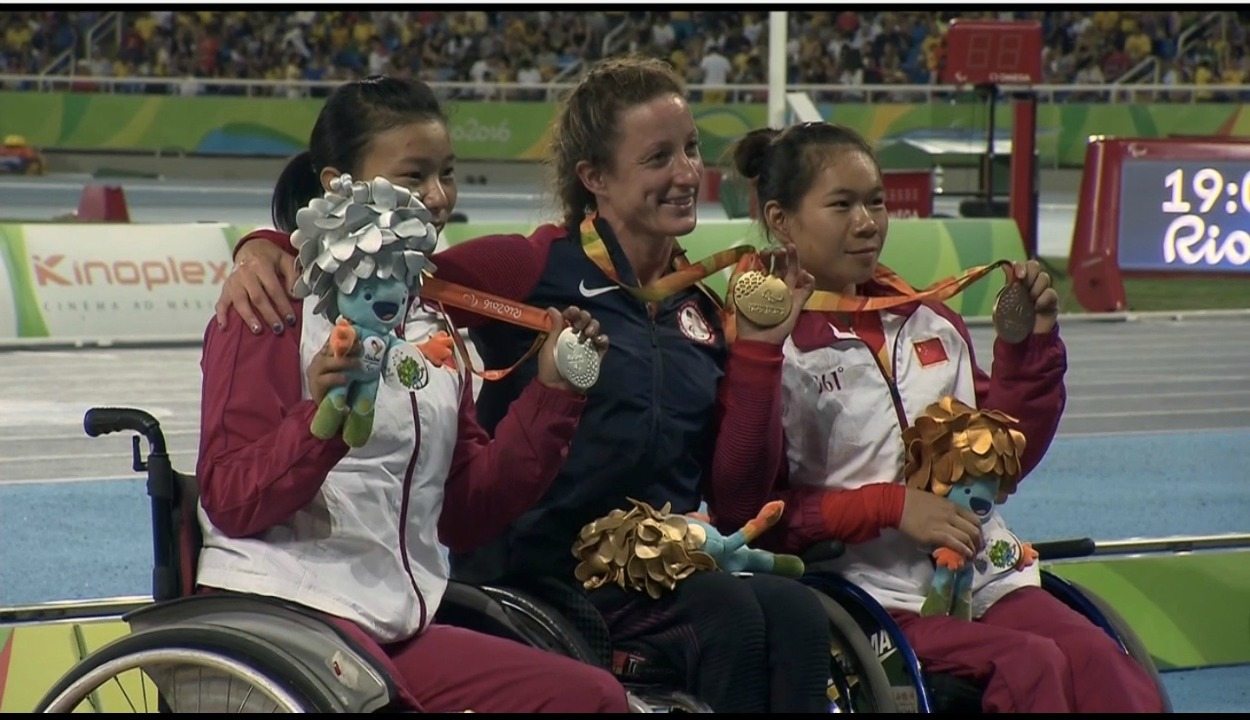 Chinese athletes enjoyed another successful night in Rio as they cemented their position at the top of the track and field medals table.

It took an athlete of the class of Tatyana McFadden to break China’s stranglehold on the track during Saturday night’s programme in Rio as the American (pictured above) took the T54 women’s 800m in 1:44.73.

“I knew that was going to be hard and that tactically those girls were going to stick to me like glue,” said McFadden, after the wheelchair racer led from gun to tape to beat two Chinese athletes into second and third. “I had to have a final kick and embrace the crowd, which I did.”

The incredible McFadden, who has now won three golds in Rio to equal her hat-trick of titles in London 2012, has no intention of quitting either. “In Tokyo 2020 I’m looking forward to doing all these events again!” she said.

There was another medal for Great Britain as Paul Blake took silver in the T36 800m. James Turner produced a bold, front-running performance to beat Blake into second as the Australian took victory in a world record of 2:02.40.

Blake, who had earlier won the 400m, said: “I’m really pleased with myself. I went off a bit too slowly, but James was better than me on the day and congratulations to him.”

British sprints hope Sophie Kamlish finished fourth in the T44 women’s 100m after having earlier set a world record in the heats. Dutch double-leg amputee Marlou van Rhijn of Netherlands won in 13.02 as Kamlish finished just outside the medals and one place ahead of GB team-mate Laura Sugar.

Another big name in action was Markus Rehm. The German long jumper had ambitions to compete at the Olympics and Paralympics but he has only been allowed to jump in the latter this year and sailed out to a Paralympic record of 8.21m in the T44 final to beat Ronald Hertog of Netherlands and Felix Streng of Germany by almost a metre.

Elsewhere, Dyan Buis of South Africa took the men’s 400m in a Paralympic record of 49.46, while Ernesto Blanko of Cuba produced a late surge to win a dramatic T47 men’s 400m 48.78 ahead of Brazil’s Ferreira dos Santos.

The events were the final competitions in the athletics stadium in Rio, as the Paralympics action concludes on Sunday with marathons on the roads.