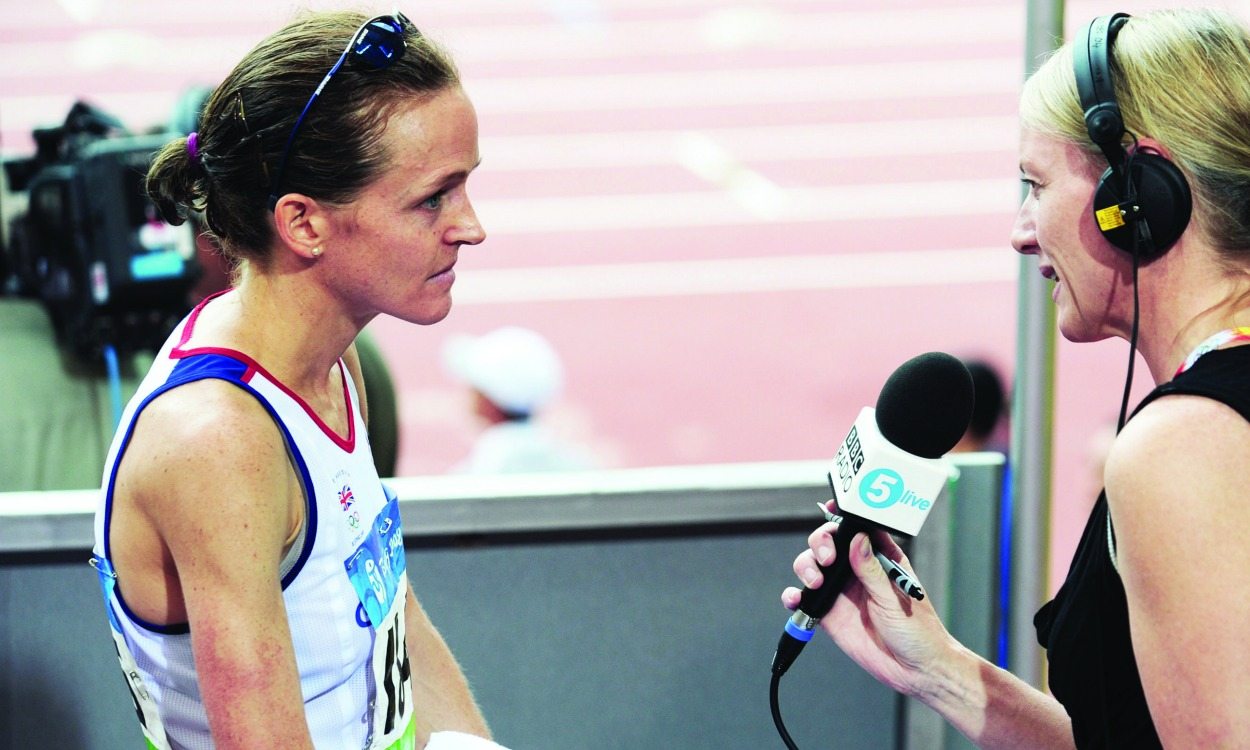 Recovery is important but, as Mara Yamauchi explains, some reflection on your achievements is another part of making progress

In the 2008 Beijing Olympic marathon, where I finished sixth, my goal had been to just make the GB team and reach the Olympics. But as I improved, I found myself moving the goalposts and demanding more of myself.

I should have been over the moon with my position after only aiming to make the team. But the tantalisingly close bronze medal – just 22 seconds ahead of me at the finish line – made me hungry for more and somehow dissatisfied with a performance that I should have been thrilled about.

That hunger made me rest for far too short a time afterwards, and I pressed on with two more marathons in quick succession. These were both good runs, but they left me with an injury that led to a downward trend in performances and eventually retirement.

Of course, hindsight is a wonderful thing, but looking back now, I wish I had been more patient and willing to reflect on my Beijing performance. So here, for the benefit of all distance runners out there, is what I learned from my mistakes:

» Training and competition are not what make you fitter and faster. What does is the adaptation your body undergoes in response to the stimulus of training or racing. The beneficial ‘damage’ you put your body through by training or competing, for example micro-tears in your muscles, fuel depletion and fatigue, serve to trigger a process of adaptation. This might include creating more capillaries or mitochondria, or becoming more efficient at processing lactic acid, all of which make you able to run faster in the future.

This process is known as super-compensation. It applies as much after a race as after training. If you allow your body to rest and adapt, you will improve. But if you rush into the next race or training session too soon, the opportunity for adaptation is sub-optimal or lost altogether, and the result is that performances start stagnating or becoming worse. A race is like a training session with maximal input and effort, above and beyond what you might do in a normal training session, so giving your body the chance to rest and adapt after racing is indispensable.

» Your body needs time to rest but so does your mind. Racing is as much a mental as it is a physical challenge. I remember my former coach from Parkside Harrow AC, Bob Parker, describing how you should feel on the start line of a race – raring to go, full of energy, and relishing the challenge ahead. All this is about being mentally fresh, and ready to push yourself. The Japanese marathon legend Toshihiko Seko, a winner of the London, Boston and Chicago Marathons, used to use track racing as a break from the marathon to rejuvenate himself before returning to another marathon.

» Stop to reflect after a race. It’s a chance to refine and improve your routine before diving into the next challenge. This is crucial for long-term improvement. We must, from time to time, take an objective look at how we’re doing and seek to improve any areas that are lacking. My sports psychologist, Sarah Cecil, got me to write a list of all the positive things I had done in the lead-up to a marathon, and then read this list on the eve of the race. This made me realise that, even if the result turned out to be not what I wanted, I could go into the race feeling confident and knowing that I had done my absolute level best.

» Take time out after races. Celebrate the result, all the hard work that went into it before race day, and the people whose support enabled you to deliver that performance. Running is a sport defined by goals, achievements and standards, and there will always be more of those ahead of you. Even if you are an Olympic champion, you could still improve by setting a world-record, or becoming a double gold-medal winner. There really never is a ‘finish line’ of achievement.

» Mara Yamauchi shared with AW the killer session she undertook before running the second fastest time ever by a British woman. Read it here