Sister act is a tough one to follow for Victoria Ohuruogu 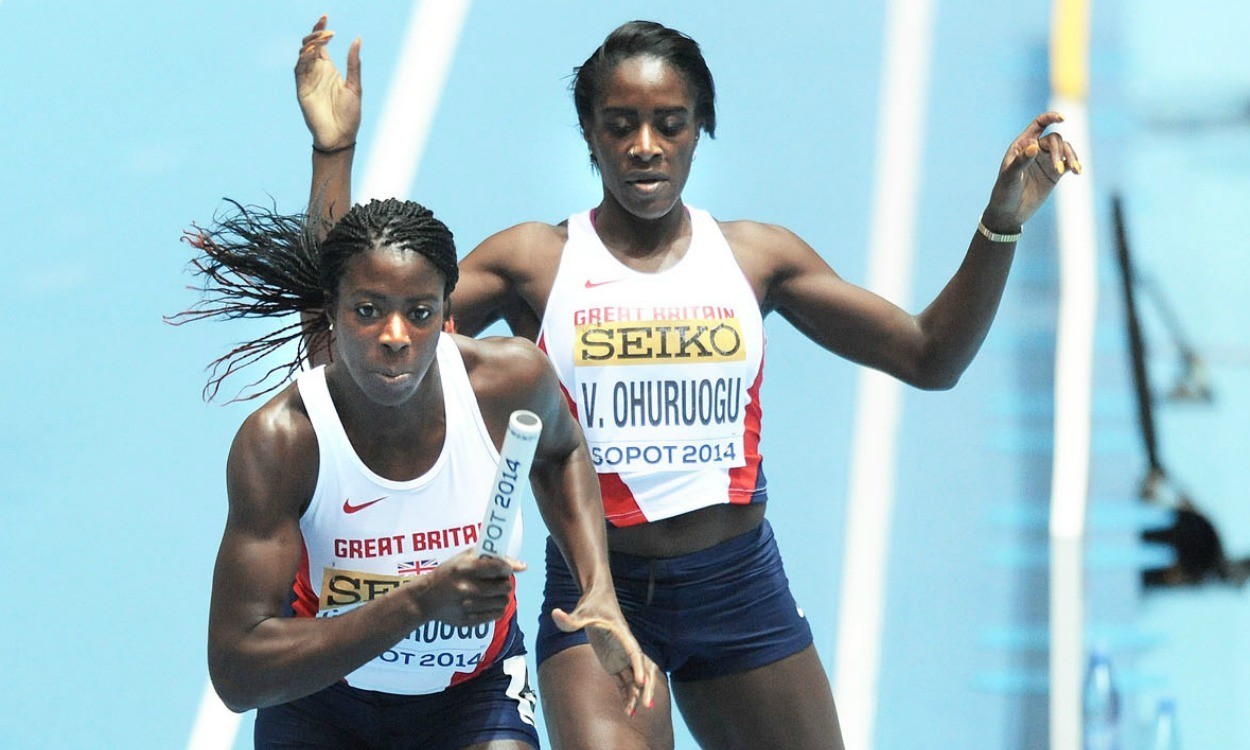 Victoria Ohuruogu has set her sights on a 400m medal at the Rio 2016 Olympics but knows she must first become the fastest in her family, writes Dylan Clive.

Older sister Christine is the current world and former Olympic and Commonwealth 400m champion – they are the only daughters of eight children to Nigerian parents.

The 21-year-old, who was born and raised near the Olympic Park, admitted to a sibling rivalry but revealed the sisters were as close as ever.

“The comparisons with Christine used to bother me, but now I feel I’m coming out of her shadow,” said the younger sister.

“In 2010 I knocked a second off my PB (54.1 at the time) to qualify for the Youth Olympics and Christine was the first person I called. She burst into tears over the phone and we both cried and laughed and it was an amazing moment.”

A similar scene unfolded at the 2013 World Championships in Moscow where Ohuruogu, who is coached by Lloyd Cowan, was a 4x400m relay reserve.

“I was trackside to see my sister become world champion and set a new British record of 49.41,” she said with a proud smile. “The whole thing was incredible, completely mad. Everyone was going crazy!”

The hysteria did not affect the sisters’ judgement though when asked to change allegiance by a member of the Nigerian Athletics Federation. “He approached us and joked about representing Nigeria but GB has been good to me and I have no reason to switch.”

Ohuruogu is focused on making the GB team and breaking through on to the world stage. “There’s a bunch of us around the 52-second mark and, with Perri Shakes-Drayton injured and Christine not back in full training, there’s a gap in the market,” she said.

Ohuruogu is targeting individual success after bronze medals last season in the 4x400m relay in the World Indoor Championships and European Championships.

In January she will complete warm-weather training in South Africa before aiming to become European under-23 champion ahead of the senior World Championships in Beijing.

“I’m aiming to race individually in the 400m and test myself against the world’s best,” said Ohuruogu.

Agree/disagree with our selections?

Who's the greatest ever male distance runner? We take a look in our September issue 👀