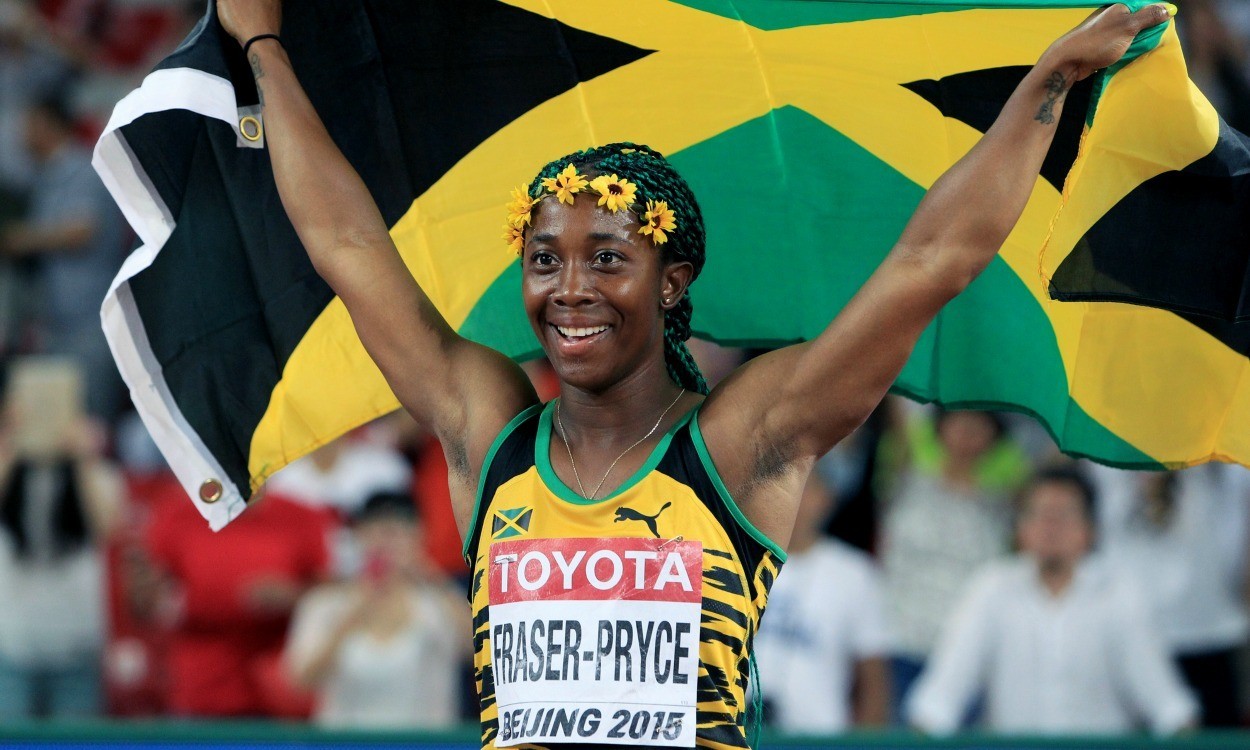 Jamaica’s two-time Olympic 100m gold medallist Shelly-Ann Fraser-Pryce will compete only in the 100m at the Olympic Games in Rio, while Elaine Thompson hopes for spots in both the 100m and 200m.

“This decision was taken with regard to their health,” said Bruce James, president of MVP Track Club.

Murphy among winners, heartbreak for Montano, on day four in Eugene

While millions were ready to set off their fireworks to celebrate Independence Day, 21,713 of the Hayward faithful watched fireworks of their own on Monday on the fourth day of the US Olympic team trials, informs USATF.

The women’s 800m showed no shortage of heart as three new Olympians qualified for Team USA: Kate Grace (1:59.10), Ajee’ Wilson (1:59.51) and Chrishuna Williams (1:59.59) PB. Fourth was Molly Ludlow (1:59.63), while Alysia Montano and Brenda Martinez both had their Rio 800m dreams dashed after a clash with 150m to go, Montano falling to the track before getting back up and finishing last.

With a meet record clearance of 5.91m on his third attempt, Sam Kendricks claimed the pole vault title. Cale Simmons finished second with a 5.65m while Logan Cunningham secured third place with a 5.60m.

The trials meet record was broken twice during javelin with Cyrus Hostetler winning the competition with 83.24m in round five. Curtis Thompson of Mississippi State had a first round effort of 82.88m, which left him 12 centimeters away from the Olympic Games standard of 83.00m. Riley Dolezal finished third with a 79.67m, but also lacks the Rio qualifier, so fourth-place finisher Sam Crouser makes the team along with Sean Furey, who placed 11th.

Brazil selected after their national championships 66 athletes for the Rio Games at home – 36 men and 30 women.

Day one start lists are revealing automatic qualification standards in the men’s pole vault of 5.65m, long jump of 8.00m and javelin of 81.50m.

In sprint event qualification rounds some top names will still compete, including Richard Kilty in the 100m, Susanna Kallur in the 100m hurdles and Martyn Rooney with Jonathan Borlee in the 400m.

A new system is used in order that athletes from the top 12 in the 2016 list (max of three per country) will run only once before the finals and are directly entered into the semi-finals. For example, Jimmy Vicaut and Dafne Schippers in 100m races.

Start lists and timetable can be found here.

Drouin vs Barshim in Eberstadt

The 38th edition of the high jump meet in Eberstadt confirmed a great duel in the men’s competition on Sunday July 17. World champion Derek Drouin will jump against world leader Mutaz Essa Barshim.

Gabriel Geay of Tanzania won the men’s race in 28:49 in close finish with Daniel Salel also with 28:49. Third was Philip Langat 28:52 and a distant fourth Abdi Abderahman 29:24.