Schilder and Mihaljevic shine in the spotlight 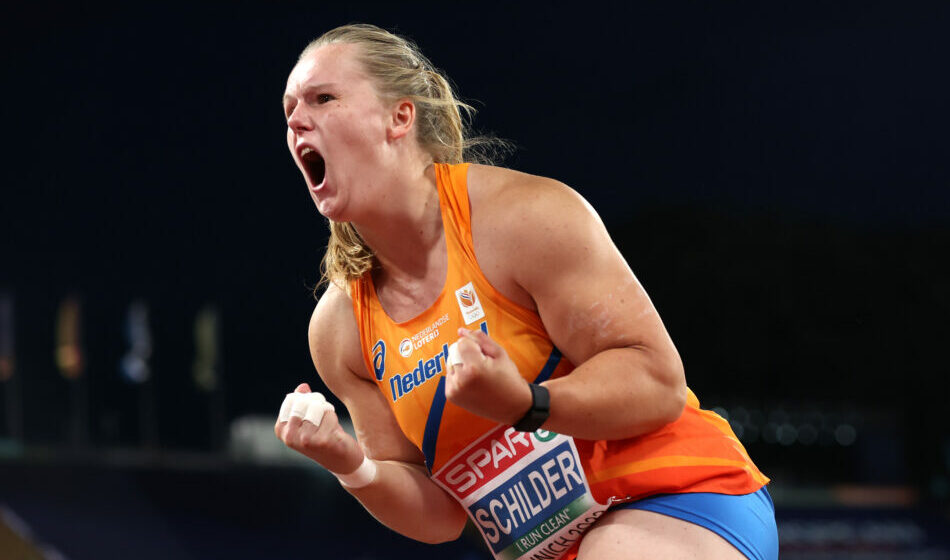 Both Jessica Schilder and Filip Mihaljević produced outstanding moments as the first medals to be decided in Munich’s Olympic Stadium at the European Championships came in the women’s and men’s shot put finals.

For Schilder, her brilliant European-leading throw of 20.24m in the second round not only shattered her Dutch record of 19.84m but also secured the first senior European outdoor title of her career. It was, in fact, the first medal her nation has ever won in this event.

Croatian Mihaljević, meanwhile, made sure of men’s gold with his last throw of the night – a season’s best of 21.88m.

Schilder had come into this event in fine form, having produced that 19.84m throw in Chorzow on August 6 and having won bronze at the World Championships in Eugene. She had never thrown beyond 20 metres, though, so to send the shot fully 30cm past her previous best illustrated just how much she had risen to the occasion.

Her closest challenger was Auriol Dongmo, the world indoor champion breaking the Portuguese record with a second-round effort of 19.82m, but there was a distinctly oranje glow to the podium, as Jorinde Van Klinken, fourth in the discus in Eugene, took bronze thanks to her second-round 18.94m.

“This is like a dream and I did not expect this to happen at the end of the season,” said Schilder. “I did not expect it tonight because the qualification in the morning did not go so well [she threw 18.95m]. I just needed a little more – an extra push – and it just happened. I am especially happy for Jorinde as she did a great job.”

For Great Britain’s Sophie McKinna, the work to completely overhaul her technique goes on. Qualifying for the final represented an achievement in itself but she could not hide her disappointment with 12th place and a best of 16.29m.

“The distance was appalling, which is a bit frustrating, but I probably spent every bit of energy this morning [in qualification],” she said. “But I can’t forget that feeling because there was a lot of relief and joy.

“I’ve done four championships this year so I am absolutely exhausted. With all these changes it was always going to be really hard. I can’t sniff at being a European finalist.” 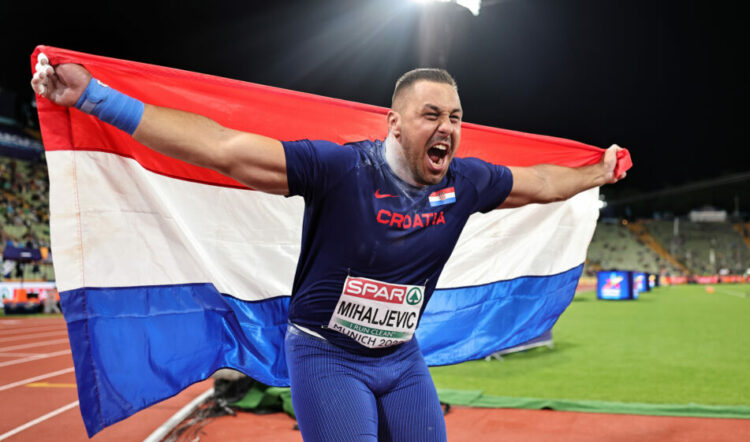 In the men’s contest, Mihaljević really did save his best until last. The World Championships sixth placer had fallen behind Serbian Armin Sinančević, who took an early lead with his opening throw of 21.07m, before taking it out to 21.24m in the third round.

Mihaljević responded by edging into the lead with 21.27m, however, and increased his margin by following that up with an effort of 21.53m. Sinančević’s best response was 21.39m and the eventual winner put the icing on the cake with his biggest throw of the evening. Czech Republic’s European indoor champion Tomáš Stanek took bronze with a third-round 21.26m.

“What an amazing night,” said Mihaljević. “I have been working hard all year and it paid off. It was a tough competition and very emotional.”

Elsewhere in the field, two-time Olympic champion Sandra Perkovic threw furthest in qualifying for the women’s discus final, reaching 65.94m, while Britain’s Jade Lally also progressed thanks to a throw of 57.68m.

In the men’s triple jump qualifying, there was little surprise in Olympic and world champion Pedro Pichardo leading the way, the Portuguese leaping to 17.36m. Britain’s Ben Williams was eighth-furthest with 16.47m. 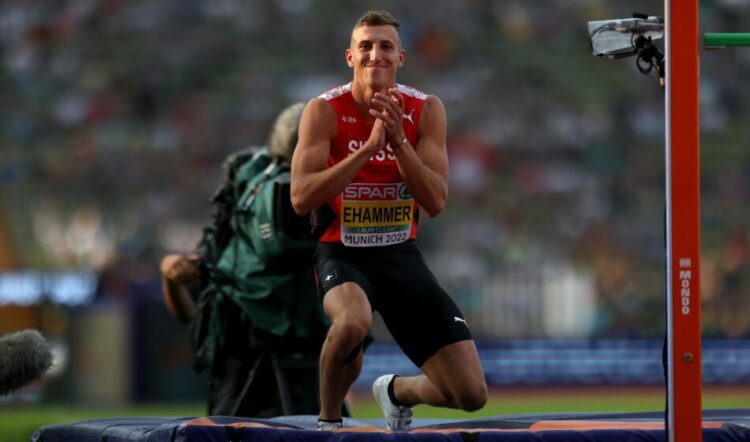 Meanwhile, Switzerland’s Simon Ehammer already has a firm stranglehold on the men’s decathlon at the halfway stage of the competition.

After the withdrawal of world champion and world record-holder Kevin Mayer earlier in the day, the word long jump bronze medallist holds a commanding lead of 334 points as he sits on 4661 ahead of Italian Dario Dester (4327) and Norwegian Sander Skotheim (4324).

» To catch up with all our coverage from Munich, CLICK HERE