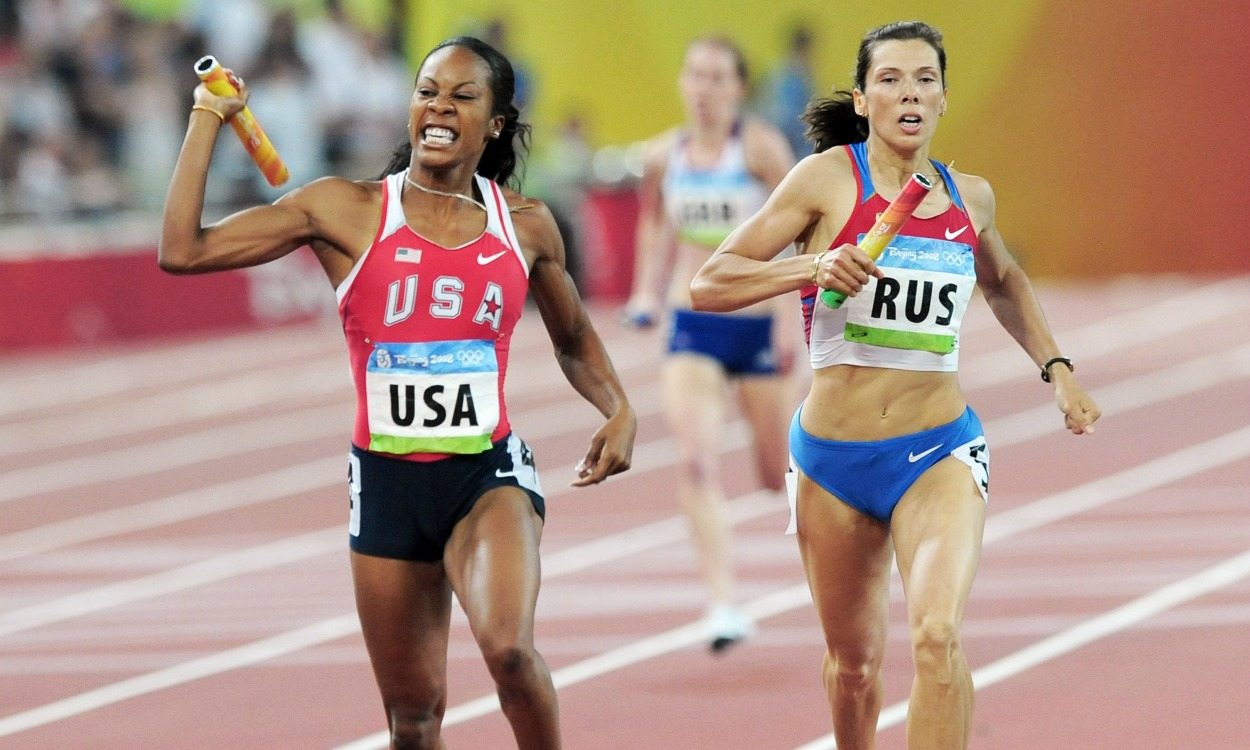 Russia’s silver medal-winning 4x400m team from the Beijing Olympics have been stripped of their medals after the International Olympic Committee (IOC) confirmed that Anastasia Kapachinskaya had failed a drugs test on reanalysis.

Kapachinskaya, the 2003 world 200m champion, tested positive for stanozolol and turinabol after the IOC conducted retests on stored samples from the 2008 and 2012 Olympics.

The Russian, now 36, has already served a doping suspension after testing positive for stanozolol in 2004 after winning the World Indoor Championships over the 200m, which means she would be handed a life ban from the sport.

Jamaica, who finished behind Russia in the bronze medal position in Beijing, will be bumped up into second while Belarus will be promoted to bronze. Great Britain finished fifth in that race eight years ago.

The IOC also announced that Alexander Pogorelov, who finished fourth in the decathlon in Beijing, had also been disqualified from the 2008 Games after also returning a positive test for stanozolol as well as shot putter Ivan Yushkov, who tested positive for oxandrolone, stanozolol and turinabol.

The announcement comes just three days after the IOC confirmed the Russian 4x100m relay team would also lose their 2008 gold medals after Yulia Chermoshanskaya tested positive for the same substances as Kapachinskaya.

Since the IOC announced its plan to retest samples from the Beijing and London Olympics, 98 positive samples have been returned from 1243 tests. Third and fourth waves of testing are being conducted during the 2016 Rio Games.