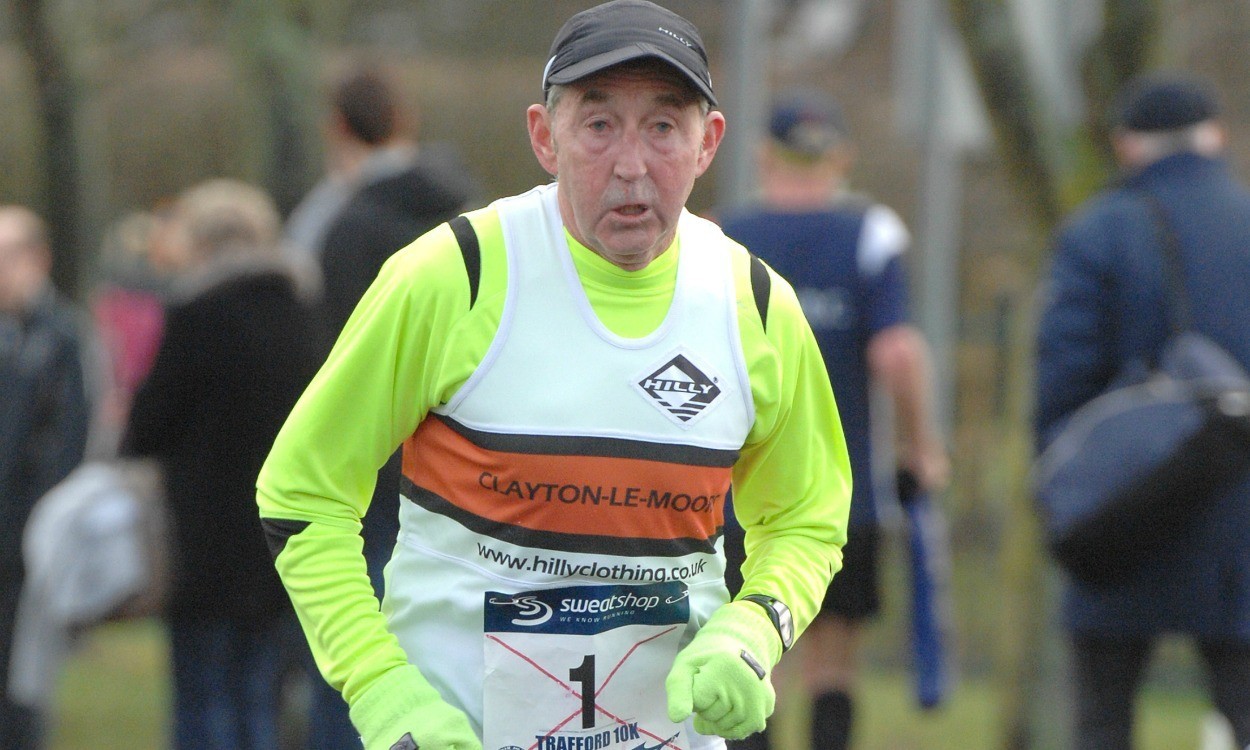 On December 21, 1964, Ron Hill began a habit of running at least a mile every day, with Saturday (December 20) marking an incredible unbroken half century of daily training sessions.

As it stands, this remarkable achievement has seen him run almost 160,000 miles, or roughly 6-7 times around the earth (or halfway to the moon), during the past 50 years.

Hill is best known to many for this daily running streak, but he also produced championship-winning performances at speeds over the marathon distance that have stood the test of time.

In 1969 and 1970 alone, for example, he won European, Commonwealth and Boston marathon titles with victory at the Commonwealths in Edinburgh involving a gun-to-tape 2:09:28 – a time that only one Briton, Mo Farah, has beaten in 2014.

“When I ran that time, I was just running to work and back as training,” Hill says. “And yet today only Mo Farah, who I consider to be a professional runner, is getting near those times.”

“I used to run down back streets in training … Runners were considered an oddity back then and people used to shout ‘run, rabbit, run’ at you and things like that”

Hill’s performances were achieved with a mixture of science and simplicity. Utilising his PhD in textile chemistry, he pioneered the use of mesh running vests and carbo-loading diets, while at the same time he often raced barefoot and followed a no-nonsense training schedule of 120-plus miles per week.

Standing at just 5ft 6in tall – an ideal height for a world-class marathoner – Hill still weighs roughly the same as he did half a century ago. As he looks back on his running career, too, he points out that he wasn’t always a world-beater.

Indeed, at the 1955 National Cross Country Championships at RAF Cardington in Bedfordshire, Hill finished a lowly 174th in the youths’ race behind three of his Clayton-le-Moors Harriers team-mates as they finished 25th in the team stakes.

The event had a long-lasting impact on him, though, as he gazed at Gordon Pirie receiving his trophy for winning the senior men’s race.

“It really inspired me to watch Pirie in the presentation area afterwards,” Hill remembers. “I joined Clayton-le-Moors in 1953 and I was never any good to start with,” he continues. “But I loved to run.”

Another athlete to have inspired Hill came in the unlikely form of a comic book hero, one who has made a comeback in recent editions of AW.

“I began reading Alf Tupper in the Rover – a boys’ comic – and I could relate to his exploits,” Hill recalls. “He was from Greystone and I was from Accrington in Lancashire, where we had similar stone houses although not quite the gas street lamps that were in the comic strips.

“Like Alf, I wasn’t bothered about team sports. Alf also seemed to have everything against him, including officials, which rang a bell with me during my career too!”

Hill began his running in a bygone era, when Alf Tupper was all the rage and long before “fancy things”, as he calls them, such as GPS watches and heart rate monitors had been invented. He often raced barefoot in cross country and on the track, and when he became the first Brit to win the Boston Marathon he only made the trip to the United States after clubmates held a whip-round to raise funds.

“I used to run down back streets in training,” he recalls. “Runners were considered an oddity back then and people used to shout ‘run, rabbit, run’ at you and things like that.”

» This is an extract from a three-page feature on Ron Hill and his 50 years of running every day in the December 18 edition of AW which is available to order here or read digitally here. The December 18 AW also includes the latest Alf Tupper comic strip